On grid but outside the box 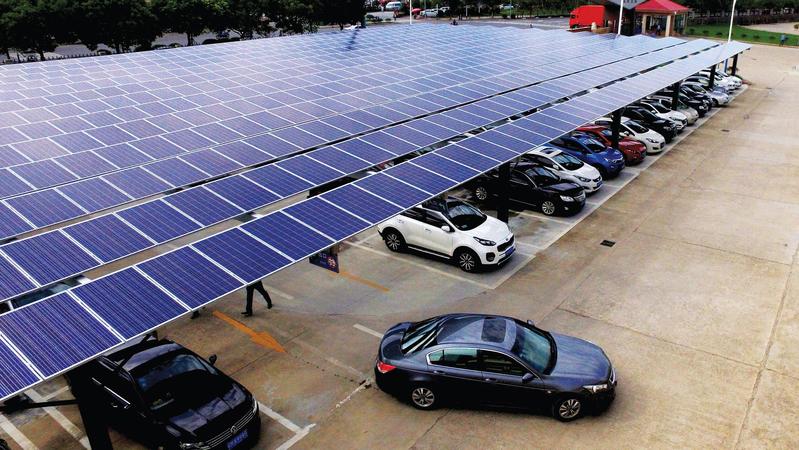 China’s urban centers are growing rapidly, as is the number of “smart” cities throughout the country. More than 500 cities are being transformed into smart cities due to significant investment from both the public and private sectors.

But one of the factors crucial to their development is access to an adequate, sustainable supply of energy.

Solving the energy equation in a manner that ensures cities evolve as smart cities requires ticking a number of boxes, including cooperation among multiple disciplines, policy coordination, end-user engagement, the production of enough sustainable energy, and minimizing emissions. With its integrated approach, China is taking steps in all of these areas.

Last year, China’s investment in the green energy sector reached US$87.8 billion, the most by any one country. The National Energy Administration has announced plans to invest 2.5 trillion yuan (US$377 billion) into renewable energy by 2020.

“The energy system is quite complex. When you add things like the Internet of Things and smart mobility into the mix, the opportunities and the challenges increase. What we need is to take a look at the whole picture,” said Christian Schaffner, executive director of the Energy Science Center of ETH Zurich, a science and technology university in Switzerland.

Solving the energy issues associated with the development of smart cities requires a significant amount of cross-discipline collaboration, Schaffner said. Unfortunately, this is easier said than done.

One way to encourage this cross-sector collaboration is to create more open data platforms, so groups can come together based on the data available.

“Everyone understands the system from their own domain. An engineer would see it very differently from an economist. What we should be doing is to get them, as well as architects and urban planners, to sit at the same table and speak the same language to build an optimized hub system. But that’s very rare in academia and in real life.”

Schaffner pointed out that an ideal working model would be a “bottom-up engineering and top-down financing” approach so everyone can meet in the middle. That approach would also help with tailoring the energy systems to each country’s specific needs and challenges.

Cities, smart or not, require plenty of energy to grow and thrive. For a city to fall under the smart category, that energy should be produced from sustainable or renewable sources, waste should be avoided and emissions of carbon dioxide minimized.

“There are many ways to understand smart cities. A major expectation for smart cities is to reduce environmental burdens, including carbon dioxide emissions, by increasing renewable energy sources and efficient energy usage. So, a smart energy system is an extension and evolution of smart cities,” said Masaru Yarime, an associate professor at City University of Hong Kong’s School of Energy and Environment.

“Visions can differ and range greatly. For energy, there is the matter of efficiency, economic cost, environmental impact, resilience to external shocks and disasters,” Yarime explained.

A clear vision from the government is also required, as is good policy coordination in areas as disparate as energy, environment, tech innovation, data, international trade and investment.

China has multiple initiatives backing the construction of smart cities, not least of them President Xi Jinping’s signature Belt and Road Initiative — the drive to improve connectivity along the historical Silk Road trading routes. At its core is the drive to invest in renewable energy.

Investment bank UBS believes the initiative will feed the growth of China’s solar energy industry, which is likely to be worth US$7.5 billion per year. According to UBS, government support will help lead the country’s solar power generating capacity to 225 gigawatts by 2020, beating the consensus forecast of 150 GW.

“We need hardware and software for efficient and resilient energy supply generation, distribution and storage,” Yarime said. “There are also the applications involving large amounts of various data that bear thinking about.

“There is also the need to engage all the stakeholders involved: Energy generators, distributors, technology developers, system operators, local communities and consumers.”

A key group of stakeholders are end-users, both businesspeople and individuals, who ultimately drive the power needs of a city and the country as a whole.

“Electricity consumption can be a costly affair, in both monetary and environmental terms. In Hong Kong, 66 percent of the greenhouse gas emissions are created by electricity usage. A lot of buildings in the city, particularly commercial buildings, make up 90 percent of that consumption. This translates to US$31 billion or 2 percent of the city’s GDP,” Tang said.

She noted that research shows energy consumption is directly related to temperature, in large part due to air conditioning. “The number of hot days we have in Hong Kong has increased by seven times in the last century, and so has the energy usage,” she said. “That’s a lot when you think about it.

“Yet the average time we spend thinking about energy is approximately 30 seconds per month. Many are not even aware of what a term like kilowatt-hour means. That includes myself before I got involved with this issue.”

So Tang believes that working with the buildings is just part of the solution. Working with the people residing in them is another piece of the puzzle.

“A lot of programs concentrate on engineering solutions, like building design and structure, for tackling the issue of power consumption. But I believe we should use behavioral science to save energy,” Tang said.

One way to minimize energy use is to leverage the plentiful amount of data that well-thought-out smart cities can generate.

For example, Tang installed smart meters in a residential college at the University of Hong Kong. The meters allowed residents to tap into real-time information on their energy consumption through a smartphone app.

This inspired residents to be more conservative in their energy use. Tang compared the heightened awareness and accountability to a smartphone’s battery power.

“We want to empower people to think of energy resource as like a smartphone. Most people are very aware of how much power their device has left and are careful with how they use it when the power levels are low. It’s not an infinite resource and they should set a budget with how much they use,” she said.

“We are not mandating people with what to do. But by presenting them with the data, we are engaging them to take charge and own their energy consumption habits.”

So whether it is consumers, government, engineers or economists, everyone needs to make smart choices to usher in the era of smart energy.

“Ultimately, collaboration is key and everyone has a part to play in the big picture,” said Schaffner of ETH Zurich.