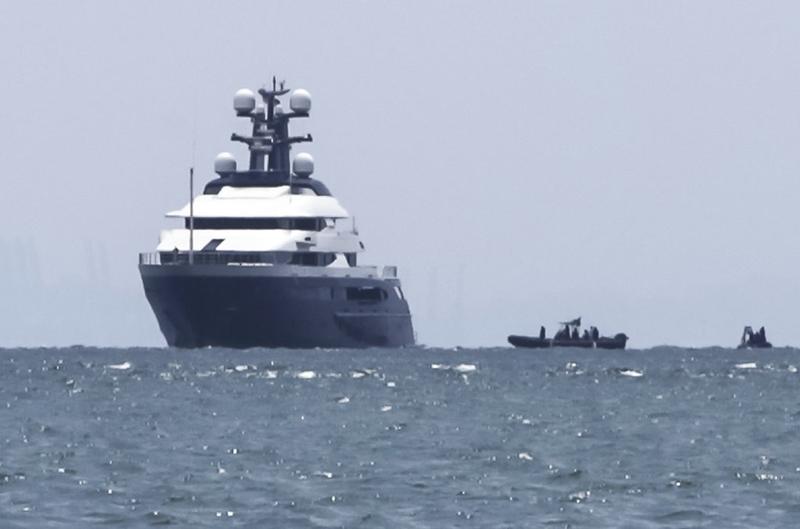 In a Facebook video, Mahathir thanked Indonesia's government and President Joko Widodo for returning the US$250 million yacht, Equanimity, which was seized by Indonesia off Bali in February in cooperation with the Federal Bureau of Investigation (FBI).

We believe that this yacht belongs to the Malaysian government because it was bought with Malaysia's money that was stolen.

"We believe that this yacht belongs to the Malaysian government because it was bought with Malaysia's money that was stolen," Mahathir said, citing an investigation by the US Justice Department.

Finance Minister Lim Guan Eng said the yacht has set sail from the Indonesian island of Batam near Singapore and is expected to arrive in Malaysia's Port Klang on Tuesday.

"At the end of the day, the yacht must be sold off" so that Malaysia can recover as much money as possible from it, Lim said.

The Justice Department, one of several foreign agencies investigating the alleged looting of the 1MDB fund by associates of former Malaysian Prime Minister Najib Razak, had listed the yacht among the assets it could seize and sell to recover stolen funds.

Najib set up 1MDB when he took power in 2009 but it accumulated billions in debts. The 1MDB scandal led to his shocking electoral defeat in May and Najib is now facing charges.

Malaysian and international authorities want to question Malaysian financier Jho Low, who the Justice Department alleges was a key figure in the theft and international laundering of US$4.5 billion from 1MDB. US investigators said Low bought the yacht with proceeds diverted from 1MDB.

Low, who has so far evaded investigators, issued a statement through his US attorney on Sunday protesting the handover of the yacht.

Mahathir said anyone who wants to claim ownership of the yacht must show proof that the vessel was not bought with stolen funds.

"We want to know where they obtained so much money to buy such an expensive yacht," he said.

The Equanimity's lavish amenities include a helicopter landing pad, plunge pool, gymnasium and a cinema. It was built in 2014 by the Dutch yacht manufacturer Oceano, which received detailed instructions from Low about its outfitting, according to the Justice Department's asset recovery case.