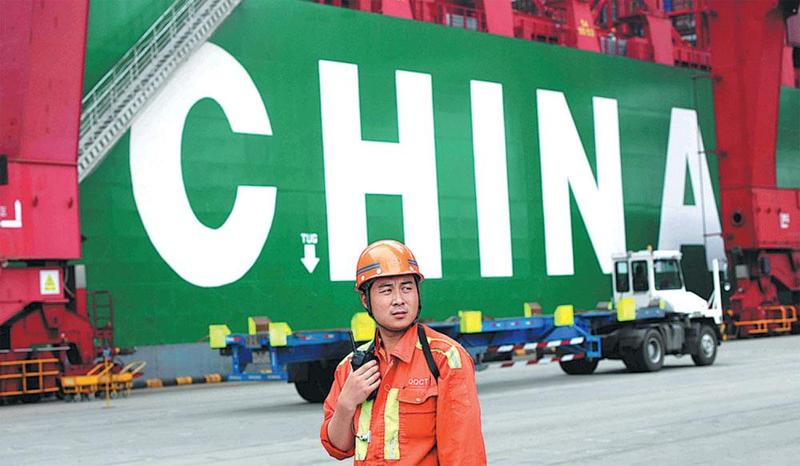 BEIJING - For those who will gauge the growth trajectory of China's economy over the next five years, meaningful hints could be found in the just-concluded 19th edition of the quinquennial congress of the Communist Party of China or CPC.

In his report to the 19th National Congress of the CPC, Xi Jinping, general secretary of the CPC Central Committee, said China's economy has been transitioning from a phase of rapid growth to a stage of high-quality development.

China will not close its doors to the world. It will only become more and more open, according to the report.

China will not close its doors to the world. It will only become more and more open, according to the report

By becoming global in outlook, China faces a new set of opportunities.

Since the 18th CPC National Congress in 2012, China's economy expanded by an average annual rate of 7.2 percent (2013 - 16), outstripping the 2.6-percent average global growth and the 4-percent growth of developing economies.

"The economy has maintained a medium-high growth rate, making China a leader among the major economies," according to the report.

The report called it a pivotal stage for a transforming growth

China needs a transformative leadership to move the country forward, to have the system evolve in a way that's right for a new era.

That means strengthening institutions and human capital while changing the structure of the economy, said Yukon Huang, a senior fellow at the Carnegie Endowment for International Peace.

Wang Xiaodong, governor of Central China's Hubei province, a delegate to the congress, was greatly encouraged by the report.

"As one of the country's old industrial bases, Hubei is at the frontline of the growth model transformation," he said.

To reduce excess steel capacity and improve competitiveness, Wuhan Iron and Steel, a major steel maker based in Hubei, merged with Shanghai-based Baosteel in 2016.

In 2016 alone, Hubei completed the capacity reduction goal for the next three years. However, its annual economic growth rate still beat national average.

"Economic restructuring is the only way to achieve more sustainable, balanced and high-quality growth in the next five years. We should waste no effort to achieve that," Wang said.

The report underlined the importance of boosting consumer spending as it should play a fundamental role in the national economy.

Hubei Bank Corporation Ltd, a small-sized lender in the province, has been focusing on extending consumer credit over the past years due to strong market demand.

"The growth rate of consumer credit is amazing. Although it accounts for a small share of our total lending, it will grow very fast in the future," said Zhou Yukun, Party secretary of Hubei Bank Corporation Ltd and a delegate to the congress.

Wang Tao, chief economist with UBS China, estimated consumption will grow at an annual rate of 7 percent at least in the next two years, thanks to rising incomes and demand for high-quality living.

In 2016, consumption accounted for nearly 54 percent of China's GDP. Wang estimated that by the end of 2020, the proportion will rise by 2 to 3 percentage points.

According to the report, China will implement the system of pre-establishment national treatment plus a negative list across the board.

It will also significantly ease market access and protect the legitimate rights and interests of foreign investors.

Over the past decades, China has transformed from a closed economy to an open economy that has become the world's top exporter, second-largest importer and a source of overseas direct investment.

Currently, as protectionism rears its head in the West, China looks to greater liberalization of trade and investment for shared prosperity, Chinese experts said.