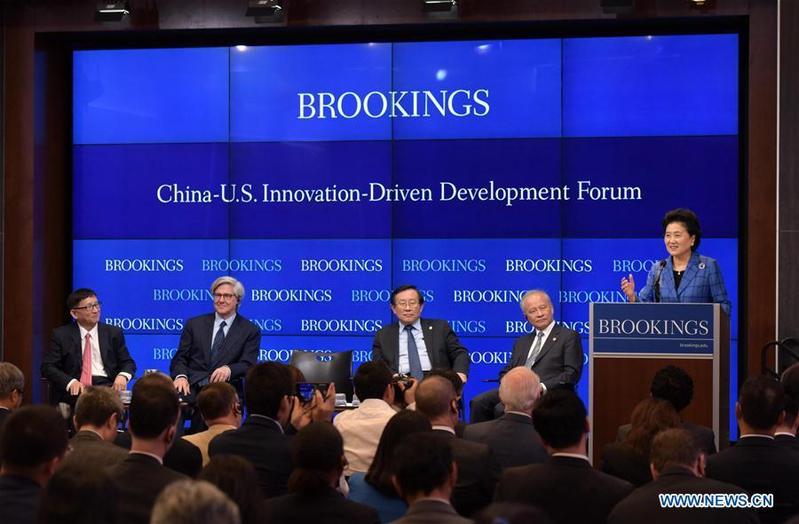 WASHINGTON – China's development in the past 68 years has not only benefited the Chinese people but also contributed to maintaining world peace and promoting common development, Chinese Vice-Premier Liu Yandong said on Wednesday.

Addressing a reception of the Chinese embassy in Washington for the 68th anniversary of the founding of the People's Republic of China, Liu said the 19th National Congress of the Communist Party of China (CPC) to be held next month is a milestone event for China's development.

China will adhere to the path of development suited to its national conditions and people-centered development, Liu said.

She said China would continue to push forward reform and innovation, stick to the path of peaceful development, pursue a mutually beneficial and win-win strategy in its opening up and develop friendly and cooperative relations with other countries.

China and the US should make joint efforts to successfully tackle global challenges and promote sustainable development.

China will work with other nations to create a community of shared future for humankind, Liu said.

Saying that the China-US relationship is one of the most important bilateral relationships in the world, she said both sides should implement important consensuses reached by leaders of the two countries, respect each other, achieve reciprocity and mutual benefit, focus on cooperation and manage differences, in order to ensure sound and stable development of bilateral ties.

READ MORE:'China, US have least discord on people-to-people exchanges'

Liu also said that China would work with the US to prepare for Trump's visit to China later this year to make it a success, which will inject impetus to the development of bilateral relations.

She urged the two sides to seek common ground, continue to push forward people-to-people exchanges and promote mutual understanding and friendship, in order to lay the foundation for the development of bilateral relations.

Liu will co-chair with US Secretary of State Rex Tillerson the China-US social and people-to-people dialogue to discuss bilateral exchanges and cooperation in relevant areas in Washington on Thursday. It is one of the four high-level dialogue mechanisms established during a meeting between Chinese President Xi Jinping and US President Donald Trump in April.

Speaking at an event at the Brookings Institution, Liu said strengthening innovative cooperation is in the fundamental interests of both China and the US, and would lead the world's innovation development and promote global economic growth.

ALSO READ: China, US to join forces on economy 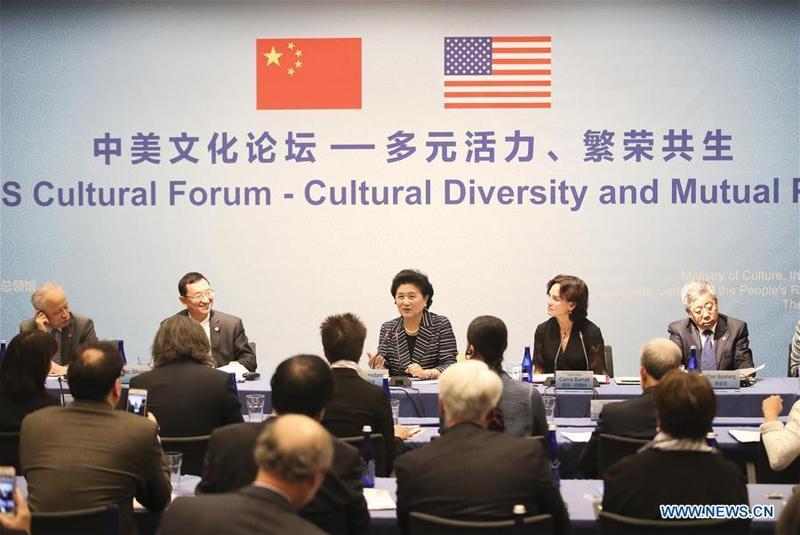 Both sides need to deepen people-to-people exchanges in the fields of science and technology, strengthen joint cultivation of innovative talents, continue to hold events such as the China-US Young Maker Competition, and expand channels for exchanges and cooperation, Liu added.

Speaking at a China-US workshop on health cooperation, Liu said the deepening of China-US cooperation on health issues not only benefits the people of the two countries, but also carries global significance.

The vice premier put forward four proposals on strengthening cooperation in the field.

Also on Wednesday, the two countries signed a letter of intent on establishing a mechanism of annual high-level meetings between China's National Health and Family Planning Commission and the US Department of Health and Human Services.