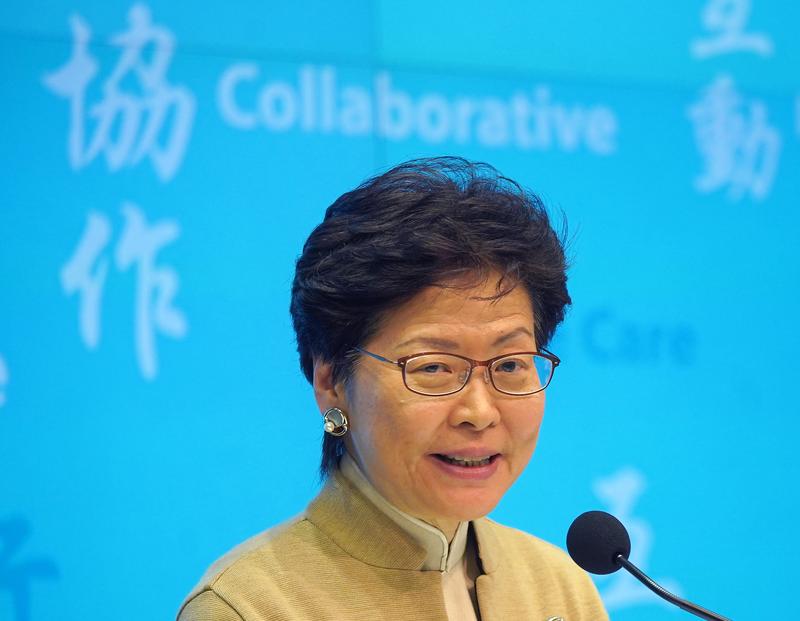 HONG KONG – Chief Executive Carrie Lam Cheng Yuet-ngor has said her administration advanced many suggestions that are integral to the newly-released blueprint for the development of the Greater Bay Area (GBA).

Carrie Lam expects Thursday’s conference will draw even more fresh ideas to be submitted to the governments of Guangdong, Hong Kong and Macao

Speaking during a media Q and A prior to the weekly Executive Council meeting on Tuesday, she denied that Hong Kong only played a passive role during the blueprint’s formulating period.

Lam said she herself attended at least 10 GBA-related forums in the past one and a half year. As a member of the leading group under the central government for the development of the GBA, she had raised her suggestions at its first plenary meeting of the leading group in Beijing.

A conference scheduled for Thursday in Hong Kong is intended to deepen public understanding of the newly released GBA blueprint, said the Hong Kong leader. More than 300 guests will attend the gathering.

Lam said she expects the conference will stimulate discussions and draw even more fresh ideas to be submitted to the governments of Guangdong, Hong Kong and Macao.

The development outline for the Guangdong-Hong Kong-Macao Greater Bay Area was unveiled on Monday. The plan aims to turn the 11-city cluster into a globally influential international innovation and technology hub. The plan also envisages that the GBA will have an important role in supporting the Belt and Road Initiative.