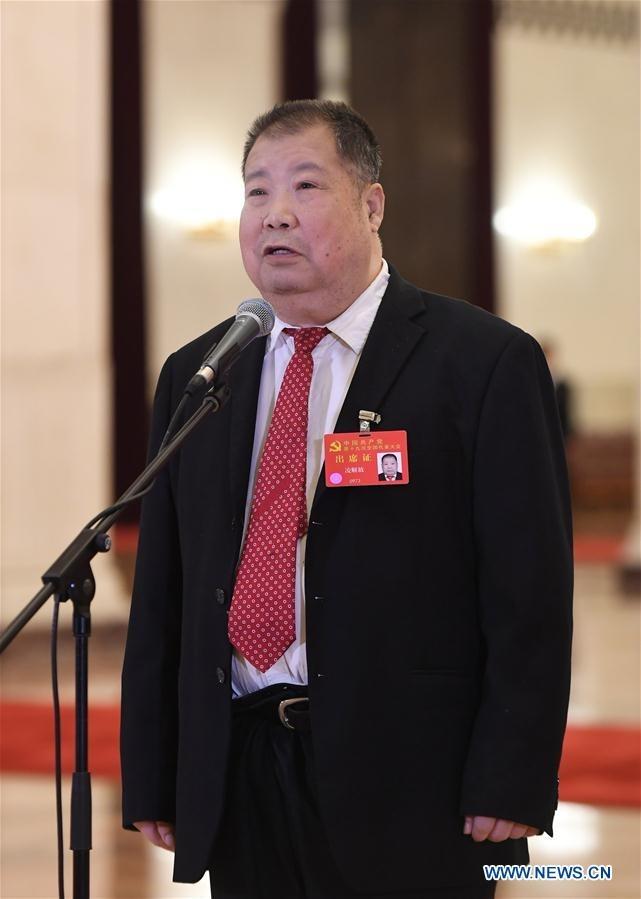 Ling Jiefang, a delegate to the 19th National Congress of the Communist Party of China, receives interview at the Great Hall of the People in Beijing, capital of China, Oct 19, 2017. (SHEN HONG/ XINHUA)

Famous Chinese writer Ling Jiefang (pen-name Eryuehe) passed away in Beijing on Saturday in the early morning, according to the Sina weibo account of Henan Daily.

Ling Jiefang is best known for writing biographical novels of three Qing Dynasty emperors (Kangxi Emperor, Yongzheng Emperor and Qianlong Emperor), all of which have been adapted into award-winning television series. 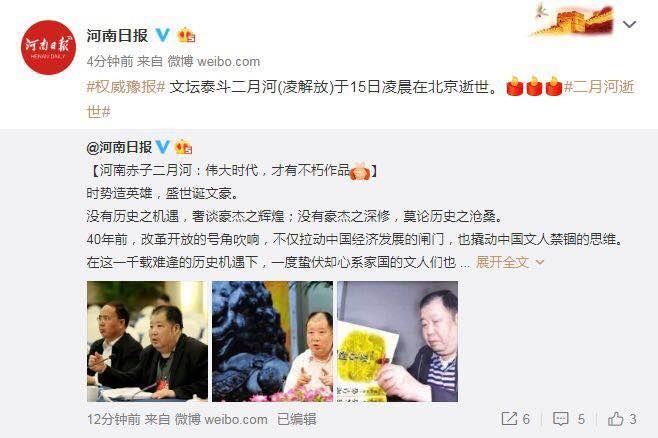 A screenshot from the Sina weibo account of Henan Daily.