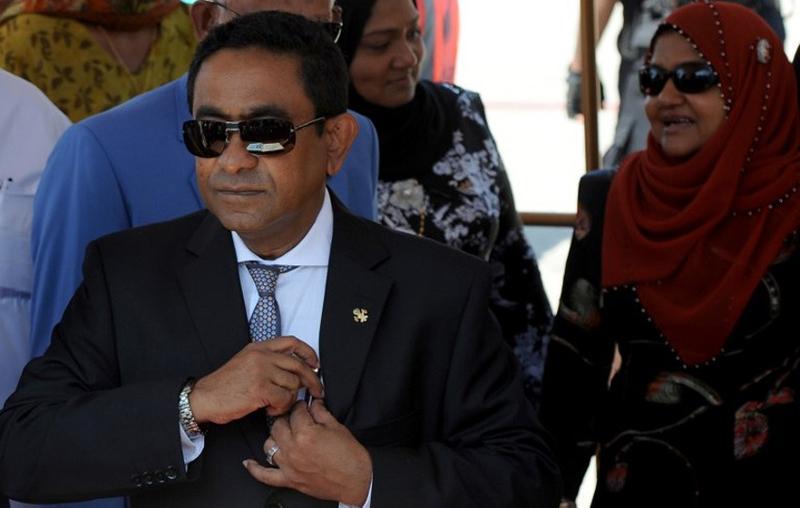 In this Jan 21, 2014 photo, Maldives President Abdulla Yameen Abdul Gayoom attends a welcome ceremony at the Bandaranaike International Airport in Katunayake. An opposition alliance of four political parties has urged the Supreme Court to temporarily remove the president for alleged corruption and misrule and sought investigation into the allegations. (LAKRUWAN WANNIARACHCHI / AFP)

COLOMBO, Sri Lanka — An opposition alliance in the Maldives has petitioned the Supreme Court to temporarily remove the president for alleged corruption and misrule.

The petition submitted Sunday was signed by leaders of a four-party opposition coalition including two former presidents, Maumoon Abdul Gayoom and Mohamed Nasheed.

The petition also asks the court to appoint a committee to investigate and report on the corruption allegations against President Yameen Abdul Gayoom.

The opposition says it moved to the courts because the Parliament, which has the power to remove the president, is virtually dysfunctional after 12 lawmakers were removed from their positions when they announced support for an opposition move to oust the speaker.