Ethiopian Airlines flight to Kenya crashes with 157 people on board 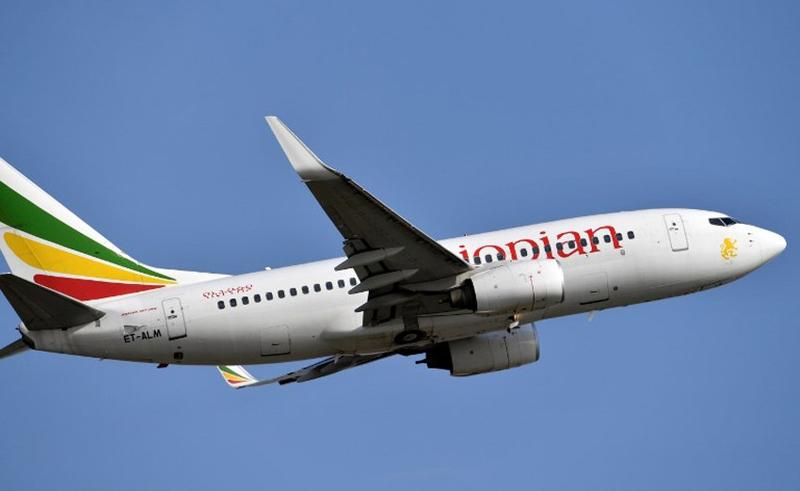 In this Nov 28, 2017 file photo, an Ethiopian Airline Boeing 737-700 aircraft takes off from Felix Houphouet-Boigny Airport in Abidjan. An Ethiopian Airlines Boeing 737 crashed on March 10, 2019, en route to Nairobi from Addis Ababa with 157 people on board, officials say. (ISSOUF SANOGO / AFP)

ADDIS ABABA, Ethiopia — An Ethiopian Airlines flight with 157 people thought to be on board crashed shortly after takeoff Sunday morning from Ethiopia's capital while headed to Nairobi, the airline said.

There were no immediate details on what caused the crash of the Boeing 737-8 MAX plane, which was new and had been delivered to the airline in November.

Records show that the plane was new. The Planespotters civil aviation database shows that the Boeing 737-8 MAX was delivered to Ethiopian Airlines in mid-November

The airline's statement said 149 passengers and eight crew members were thought to be on the plane that crashed six minutes after departing Addis Ababa on its way to Kenya's capital.

The crash occurred around Bishoftu, or Debre Zeit, some 50 kilometers south of Addis Ababa, at 8:44 am.

While the airline said "search and rescue operations are in progress and we have no confirmed information about survivors or any possible casualties," a separate statement by the Ethiopian prime minister's office offered its "deepest condolences" to families.

"My prayers go to all the families and associates of those on board," Kenya's President Uhuru Kenyatta said, as many Kenyans braced for the worst.

Records show that the plane was new. The Planespotters civil aviation database shows that the Boeing 737-8 MAX was delivered to Ethiopian Airlines in mid-November.

In October, another Boeing 737-8 MAX plunged into the Java Sea just minutes after taking off from Jakarta, Indonesia's capital, killing all 189 people on board. The cockpit data recorder showed that the jet's airspeed indicator had malfunctioned on its last four flights, though Lion Air initially claimed that problems with the aircraft had been fixed.

The last deadly crash of an Ethiopian Airlines passenger plane was in 2010, when the plane crashed minutes after takeoff from Beirut killing all 90 people on board.

Sunday's crash comes as the country's reformist prime minister, Abiy Ahmed, has vowed to open up the airline and other sectors to foreign investment in a major transformation of the state-centered economy.

The state-owned Ethiopian Airlines, widely considered the best-managed airline in Africa, calls itself Africa's largest carrier and has ambitions of becoming the gateway to the continent. It has been expanding assertively, recently opening a route to Moscow and in January inaugurating a new passenger terminal in Addis Ababa to triple capacity.

Speaking at the inauguration, the prime minister challenged the airline to build a new "Airport City" terminal in Bishoftu — where Sunday's crash occurred.