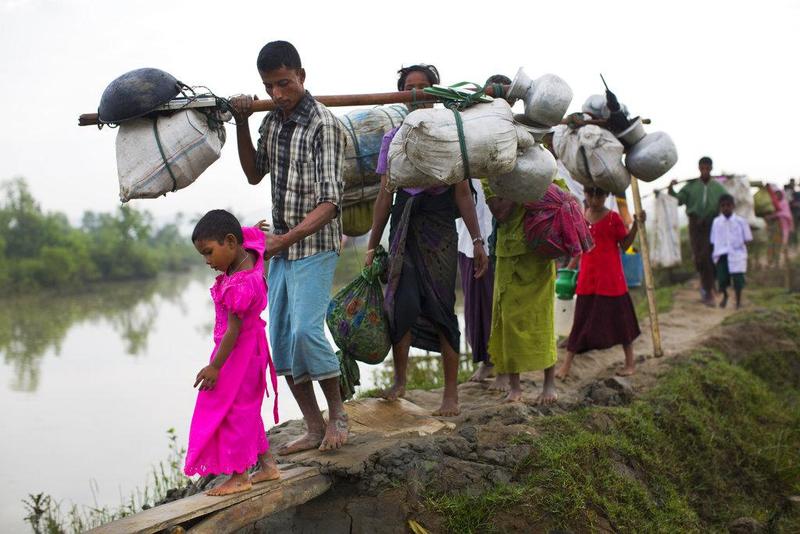 Rohingya Muslims who have fled persecution in Myanmar walk along the border as they await permission to go to refugee camps near Palong Khali, Bangladesh, Nov 2 2017. The United Nations Security Council on Nov 6, 2017 demanded an end to the "excessive use of military force" in Myanmar's Rakhine State. (BERNAT ARMANGUE / AP)

UNITED NATIONS – The Security Council on Monday demanded an end to the "excessive use of military force" in Myanmar's Rakhine State and the creation of conditions for the safe return of refugees who have fled into neighboring Bangladesh.

"The Security Council calls upon the government of Myanmar to ensure no further excessive use of military force in Rakhine State, to restore civilian administration and apply the rule of law, and to take immediate steps ... to respect human rights, including the human rights of women, children, and persons belonging to vulnerable groups, without discrimination and regardless of ethnicity, religion, or citizenship status," reads a presidential statement of the council.

The council further called on the Myanmar government to take steps to prevent and respond to incidents of sexual violence.

The Security Council condemned the attacks against Myanmar security forces carried out by the Arakan Rohingya Salvation Army on Aug 25 that triggered retribution, and "strongly condemned" the widespread violence that ensued, which has led to the mass displacement of more than 607,000 individuals, the vast majority belonging to the Rohingya community.

The council further expressed grave concern over reports of human rights violations and abuses in Rakhine State, including by the Myanmar security forces, in particular against Rohingyas, including those involving the systematic use of force and intimidation, killing of men, women, and children, sexual violence, and including the destruction and burning of homes and property, reads the statement.

The council expressed grave concern over accounts of intercommunal violence and called upon the Myanmar government to take all necessary measures to counter incitement to violence or hatred and restore peace and intercommunal harmony through dialogue, a comprehensive reconciliation process and by respecting the rule of law.

The council expressed alarm at the significantly and rapidly deteriorating humanitarian situation in Rakhine State and grave concern at the increasing number of refugees and internally displaced persons, which has a destabilizing impact in the region.

It demands that the Myanmar government should grant "immediate, safe and unhindered access" to UN agencies and their partners, as well as other domestic and international nongovernmental organizations, provide humanitarian assistance in Rakhine State, and ensure the safety and security of humanitarian personnel. 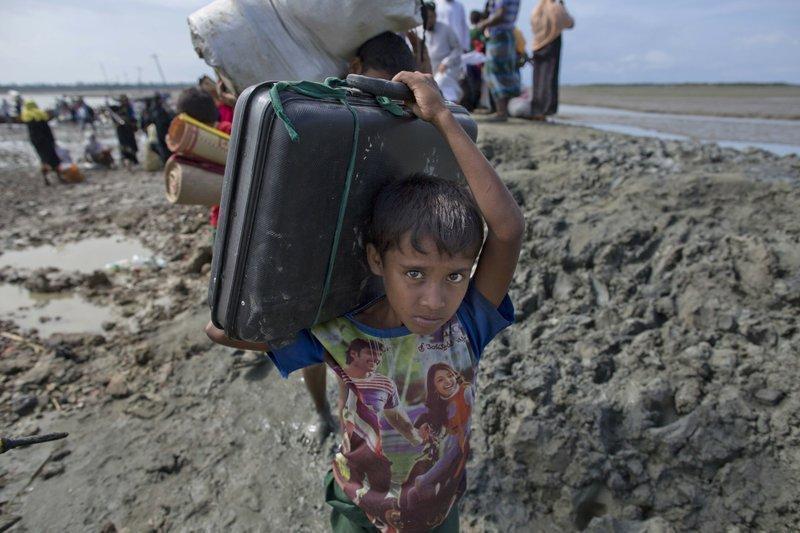 The Security Council called on the Myanmar government to address the root causes of the crisis in Rakhine State by respecting, promoting and protecting human rights, without discrimination and regardless of ethnicity or religion, including by allowing freedom of movement, equal access to basic services, and equal access to full citizenship for all individuals, reads the statement.

The council stressed the importance of undertaking transparent investigations into allegations of human rights abuses and violations, including sexual violence and abuse and violence against children, and of holding to account all those responsible for such acts to provide justice for victims.

It urged all parts of the Myanmar government to work together to implement swiftly and in full the recommendations of the Advisory Commission on Rakhine State chaired by former UN Secretary-General Kofi Annan.

The Security Council will continue to closely follow the situation in Myanmar and requests UN Secretary-General Antonio Guterres to report developments on the situation in Rakhine State in 30 days, according to the statement.