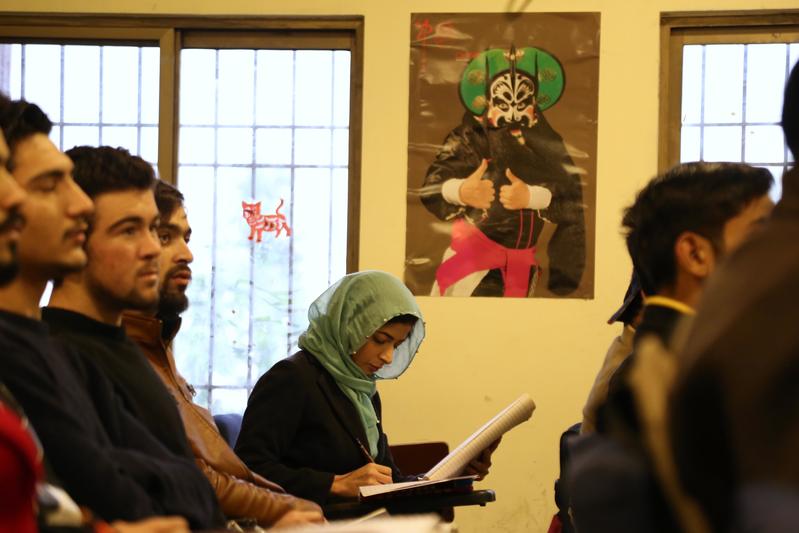 The Confucius Institute Headquarters signed an agreement in Beijing on Monday for the provision of Chinese language instructors to Saudi Arabia's King Saud University.

So far, 16 Confucius Institute branches and six Confucius classrooms have been established in 11 Arab League member states, including Egypt, Lebanon and the United Arab Emirates

The university in the Saudi capital, Riyadh, was founded in 1957 and is among the oldest and best known public universities in both the country and the wider Arab and Islamic world.

Saudi Arabia's ministry of education has also set up a coordinating committee to work with the Chinese side to enhance the training of Chinese language instructors in the country and advance Chinese language education in its universities and schools.

In February, Mohammed bin Salman Al Saud, Saudi Arabia's crown prince, proposed that the country would introduce Chinese language into the curriculum at all stages of education during his meeting with President Xi Jinping in Beijing.

Ma says the two sides have been in frequent contact over the past three months and the signed agreement serves as an important measure to support Saudi Arabia with its Chinese language education.

Al-Omar says King Saud University was the first university in Saudi Arabia to launch a Chinese language course. Since its establishment in 2010, 35 students have signed up to learn the language.

According to Al-Omar, the university is preparing to build a Chinese language department and the agreement will benefit its Chinese language education program and the development of bilateral relations. 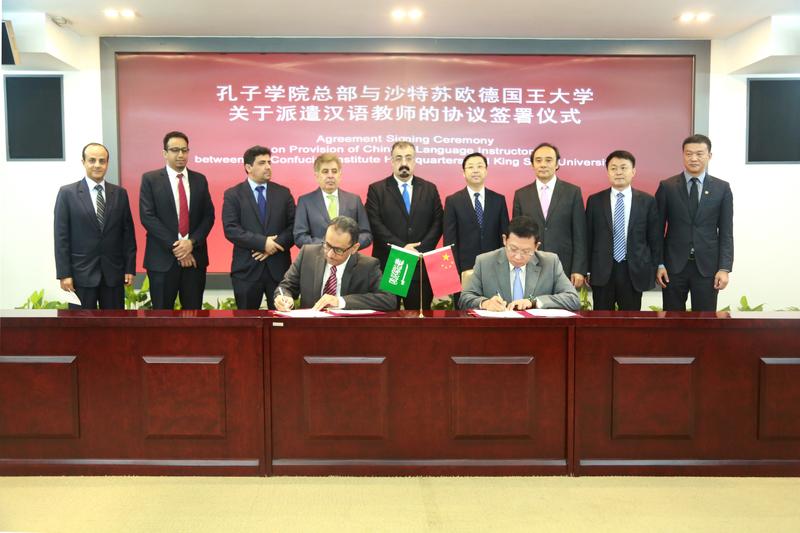 Officials from the Confucius Institute Headquarters and Saudi Arabia's King Saud University sign an agreement in Beijing on Monday for the provision of Chinese language instructors at the university. (PHOTO / CHINA DAILY)

He says the move will enable the younger generation to further understand the strategic nature of the relationship between the two countries and build a bridge of communication through the Chinese language.

Liu Li, principal of Beijing Language and Culture University, says that the university has a long tradition, and a rich academic resource accumulation, of Arabic language and culture studies and it has been cooperating with Saudi's educational institutions for years.

The two universities will further their discussions on building a Confucius Institute branch together, he says.

Student exchanges and visiting programs will be launched with credits recognition, while more academic cooperation is developed, according to Liu.

The first test center for Saudi-based students to take the Chinese proficiency test, also known as the HSK test, was established in August.

So far, 16 Confucius Institute branches and six Confucius classrooms have been established in 11 Arab League member states, including Egypt, Lebanon and the United Arab Emirates.

Also on Monday, the first Confucius Music Center in Europe opened at the Petro Tchaikovsky National Music Academy of Ukraine.

The opening ceremony was attended by the Chinese Ambassador to Ukraine Du Wei and representatives from the Ministry of Education and Science of Ukraine and a delegation of China's Central Conservatory of Music, headed by Ye Xiaogang, a well-known composer, who is also the chairman of Chinese Musicians Association.

"I am sure that today's event will have a great, long-term, positive impact on the development of the relations between our countries," said Maksym Strikha, vice-minister of education and science of Ukraine, during his speech at the opening ceremony.

"I am convinced that the opening of the Confucius Music Center will promote exchanges and cooperation between the two countries in the field of music and art," says Ye.

"The Confucius Music Center will be able to introduce both traditional and contemporary Chinese music, which is developing rapidly."

Maksym Tymoshenko, the rector of the Petro Tchaikovsky National Music Academy of Ukraine, says he appreciates the fact that most of the academy's foreign students are from China and hopes to welcome more Chinese students in the future.

Xinhua contributed to the story.