In India, gods 'flex their muscles' over scarce land 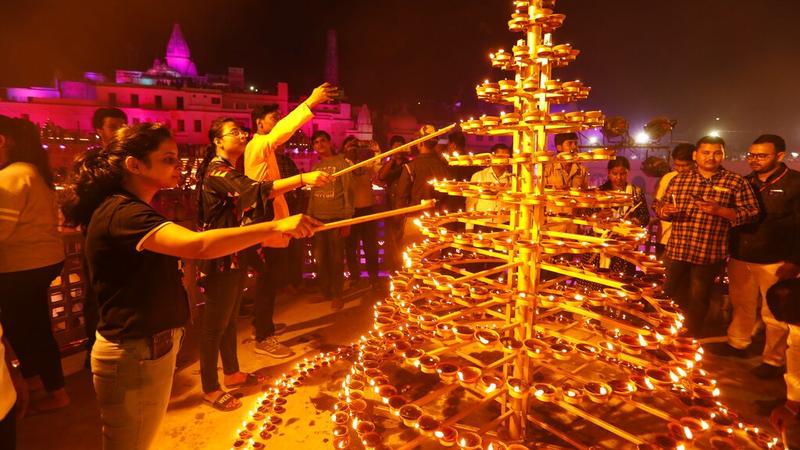 CHENNAI, India — It has unleashed deadly riots and set Hindu against Muslim - now it is for the nation’s top court to end decades of discord and decide who owns the most contested plot in India.

At dispute is a scrap of land in Ayodhya, a sleepy temple town in northern India that is a holy site for the nation’s two biggest religions, and emblematic of an increasingly contentious fight over land claimed by temples and other religious entities.

Who wins final rights over the 2.77-acre plot will become clear when the Supreme Court issues its verdict, due by Nov 17.

But thousands of other cases over religious properties await resolution in lower courts, with more fights expected as gods “flex their muscles” over land, said Meera Nanda, a professor at the Indian Institute of Science, Education and Research.

“The Indian state is quite helpless when it comes to the land rights of temple deities,” she said.

“Because it is considered sacred property — owned by the god whose image is enshrined within — the land cannot be bought or sold. The property also falls outside the eminent domain of the state, so the government cannot touch it”

Meera Nanda, a professor at the Indian Institute of Science, Education and Research

“Because it is considered sacred property — owned by the god whose image is enshrined within — the land cannot be bought or sold. The property also falls outside the eminent domain of the state, so the government cannot touch it,” she said.

Hindus make up 80% of India’s 1.3 billion population, and hundreds of thousands of temples dot the country, ranging from small streetside shrines to sprawling complexes thronged by tens of thousands daily. Many own swaths of land.

As pressure on land increases in the world’s second-most populous country, land activists and development experts say these lands must be used for public benefit.

“Given the acute housing shortage and the struggles around agricultural and industrial land in India, it’s not unreasonable to question control of temple land,” said Nikita Sud, an associate professor of development studies at Oxford University.

“Temple land, like any land, is a repository of power, and intertwined with political and economic struggles, as exemplified by the long-running power struggle in Ayodhya,” she said.

Temples were once pivotal in India, not just for prayer, but for learning and socializing, too.

During colonial time, administration of several large temples was handed to “mutts”, or local religious orders.

Passions run high because “big money” is at stake, said Nanda, with even small temples receiving millions in cash and valuables from worshippers at festivals and auspicious days.

Bigger temples are “sitting on piles and piles of wealth” including land, she said.

Devout Hindus believe the scrubby site is the birthplace of one of their most revered deities, Lord Ram, and that a temple had stood there before a mosque was built in 1528. The mosque was knocked down by a Hindu mob in 1992.

The plot is now claimed by a Hindu body, Nirmohi Akhara, the Muslim Sunni Waqf Board and Ram Lalla, the deity’s infant form.

Hindu groups have urged Prime Minister Narendra Modi’s Hindu nationalist party to build a temple in Ayodhya, one of the most polarizing issues in India, whose history is pockmarked with horrific Hindu-Muslim communal clashes.

India is officially secular - religious rights are protected - and many Hindus complain of government interference.

The southern state of Tamil Nadu for example, has more than 44,000 Hindu temples and nearly 20,2343 hectares of temple land, according to government data.

Yet temples get only a fraction of the income they are due as shops and illegal settlements encroach upon their land, said T.R. Ramesh of the Temple Worshippers Society, a Hindu advocacy group.

“So much temple land has been grabbed that our space to worship and teach has reduced, as also space to build schools, hospitals and do charitable work,” he said.

“Gradually, the Hindu space is lost.”

“When encroachments are discovered, we take immediate action to remove them,” he said, adding that less than one in 10 temples sustain themselves; the rest rely on state funds. 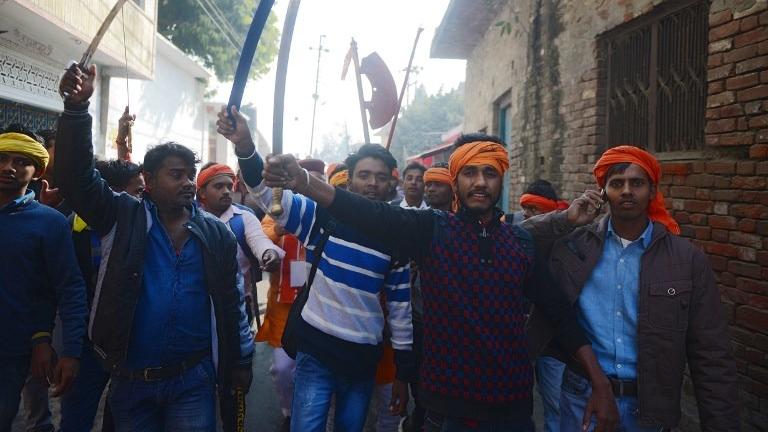 Indian supporters of a Hindu organization shout slogans during the Hindu congregation held to call for the construction of a grand temple of Lord Rama, in Ayodhya on Nov 25, 2018. (SANJAY KANOJIA / AFP)

Surplus church land in the United States and Kenya is being sold or leased for affordable housing, community spaces and farming.

Last year, the Indian state of Maharashtra amended laws to allow the sale, transfer and development of land held by thousands of temple trusts for public purpose.

Temple trusts elsewhere would consider alternate uses for land if they retained ownership and got a fair income, said S. Venkatramani, a lawyer who has challenged Tamil Nadu’s management of temples.

“Should temple properties come back to the temple trusts, then contemporary principles of land use can be applied, and we can find solutions that yield revenue,” he said.

“We should be able to manage temple properties through a lens of faith and spirituality; it is wrong for the government to do this job,” he told the Thomson Reuters Foundation.

India’s top court has also questioned the government’s role. Earlier this year, it asked why the government was managing temples, given reports of mismanagement and theft.

Conversely, the court has also banned illegal religious structures - be it tridents or shrines - that have mushroomed on roads, parks and other public places. 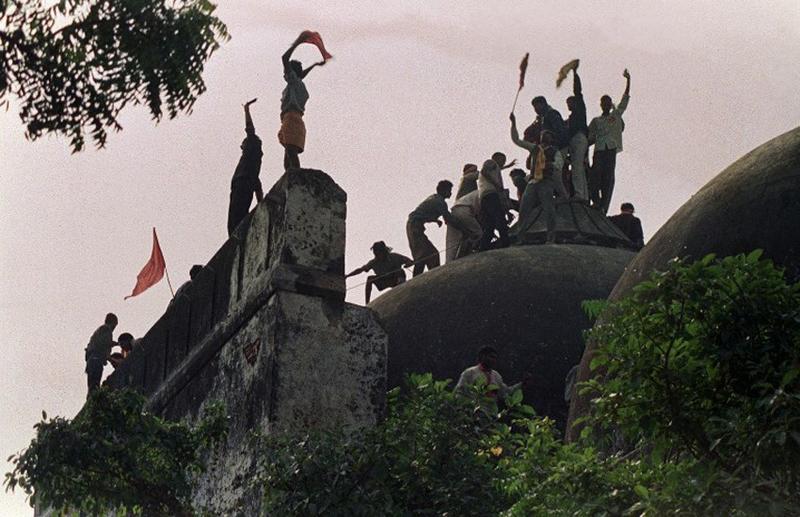 This Dec 6, 1992 file photo shows Hindu fundamentalists shouting and waving banners as they stand on the top of a stone wall and celebrate the destruction of the 16th Century Babri Mosque in Ayodhya. (DOUGLAS E CURRAN / AFP)

Authorities have been stymied in expanding highways and building train lines because they fear that demolishing such revered structures could spark protests.

After the Babri Masjid mosque was razed in Ayodhya in 1992, communal riots across India killed about 2,000 people.

Ahead of the Supreme Court’s verdict, authorities have imposed an emergency law in the town, under which public assembly of more than four people is banned.

It is a reminder that temples and their assets are more than just about religion in India, said Sud.

“They are intertwined with the political, economic, social - and not just the cultural and religious life. Yet religion does not stand above society and the law,” she said.