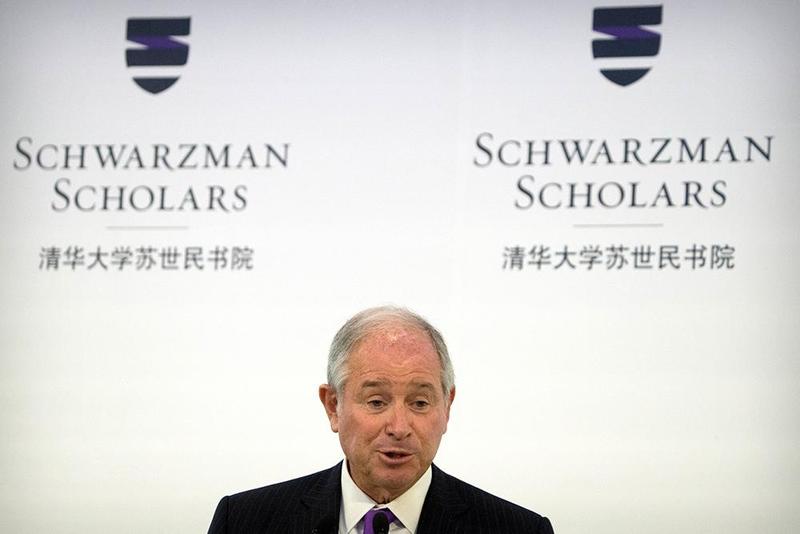 In this Sept 10, 2016 file photo, Stephen Schwarzman, founder and CEO of the Blackstone Group, speaks during a ceremony to officially open the Schwarzman Scholars program at Tsinghua University in Beijing. (MARK SCHIEFELBEIN / AP)

BEIJING — A study program at an elite Chinese university that was inspired by the prestigious Rhodes Scholarship launched its second year Friday with an endowment of more than US$500 million and a considerable rise in applications.

Schwarzman Scholars is a one-year master's degree program at Tsinghua University that was initiated by Stephen A. Schwarzman, a co-founder of the private equity firm Blackstone Group. It offers classroom teaching, travel, cultural immersion and practical work experience with Chinese companies and non-profits.

Schwarzman told The Associated Press the program facilitates mutual understanding and "getting a feeling for what the issues are and how they might be handled."

He said the first session had proved "enormously successful" and participation grew from 107 to 127 in the current session. More are expected for the third year, with organizers hoping to eventually have about 200 scholars in each class. Applicants are largely from the US and China but include dozens of nationalities.

Rising applications show "there's a really important role for the program," which is affirmed by senior Chinese and US figures in government, business and academia, Schwarzman said.

"Interestingly, there's enormous buy-in from both the United States and China in the program," he said.