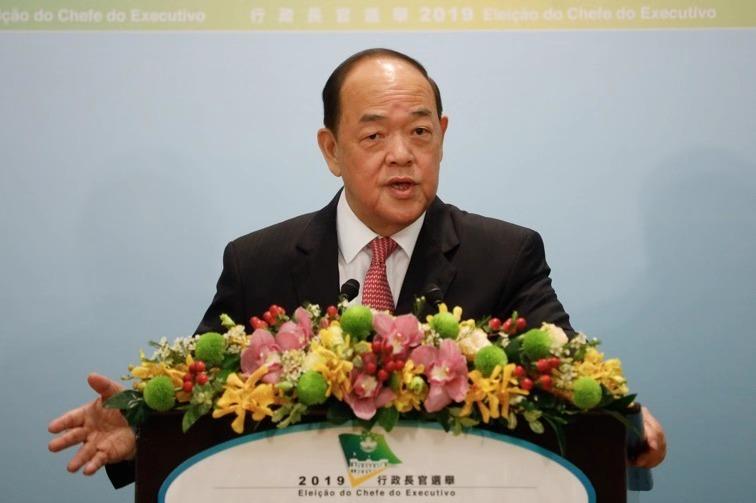 Ho, 62, garnered 392 votes from the 400-member Election Committee. He will succeed Fernando Chui Sai-on as the fifth-term chief executive of Macao, pending approval by the central government.

Fernando Chui Sai-on, the incumbent Chief Executive of the SAR, the Hong Kong and Macao Affairs Office of the State Council and the Liaison Office of the Central People's Government in the Macao SAR congratulated Ho on his election.

The chief executive-elect will be sworn into office on Dec 20 at a ceremony marking the 20th anniversary of Macao's return to China.

Ho, born in Macao in June 1957, served as president of the Legislative Assembly of Macao from October 2013 to July 2019.

Also a member of the National People's Congress Standing Committee since 2001, he resigned in April to stand for the CE election.

The election started at 10 am on Sunday at the International Convention Center at Macao East Asian Games Dome. 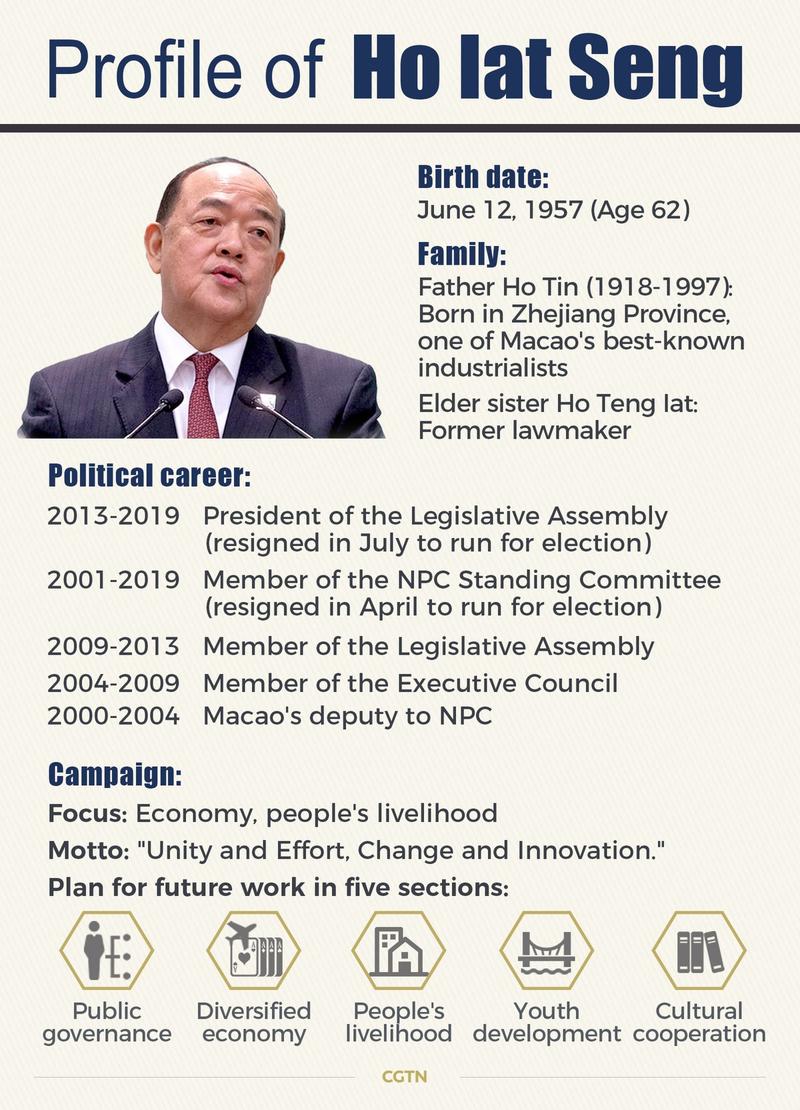 Macao sits on the western bank of the Pearl River Delta in southern China, with a population of 672,000 (at the end of June 2019).

The development plan for the Guangdong-Hong Kong-Macao Greater Bay Area positions Macao as a World Center of Tourism and Leisure.

The city also serves as a platform for China to trade with Portuguese-speaking countries. 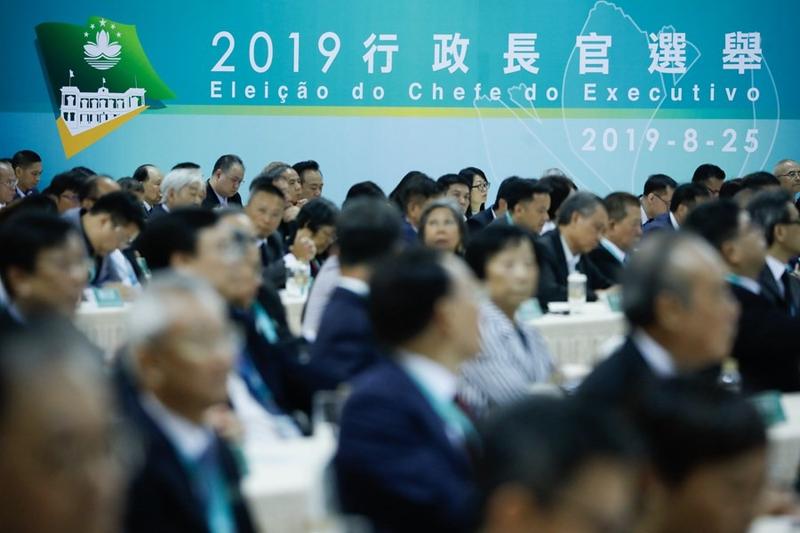 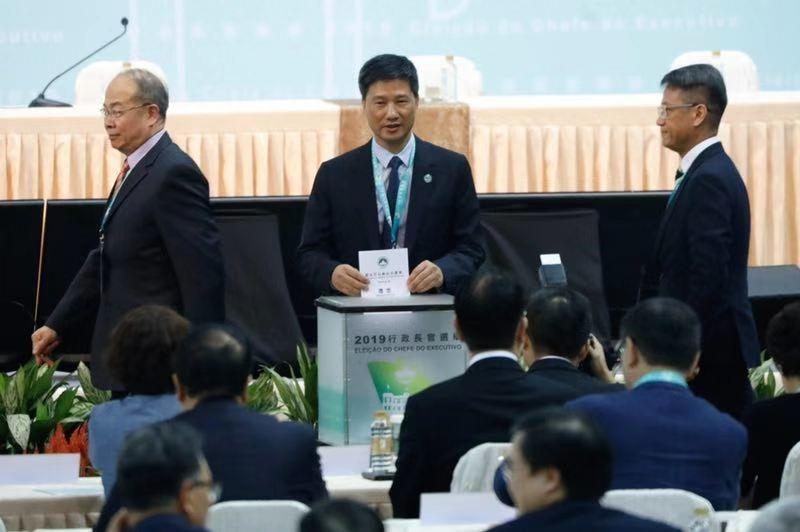 Congratulating Ho on his election, Yang Guang, spokesperson for the Hong Kong and Macao Affairs Office, said the election was held in accordance with the Basic Law and other related laws of the Macao SAR, fully embodying the principles of openness, fairness and equality.

The spokesperson said the central government will, in accordance with the law, carry out the process of appointment after receiving the formal report of the election delivered by the Macao SAR government.

Meanwhile, the Liaison Office of the Central People's Government in the Macao SAR also congratulated Ho in a statement.

The election was held in accordance with the law under the principles of openness and fairness, according to the liaison office statement. The election fully embodies the successful implementation of “one country, two systems” and “Macao people governing Macao” with a high degree of autonomy, it added.

The office expressed confidence in Ho to unite the people of Macao and lead his new administration to work in concert to build a better Macao. 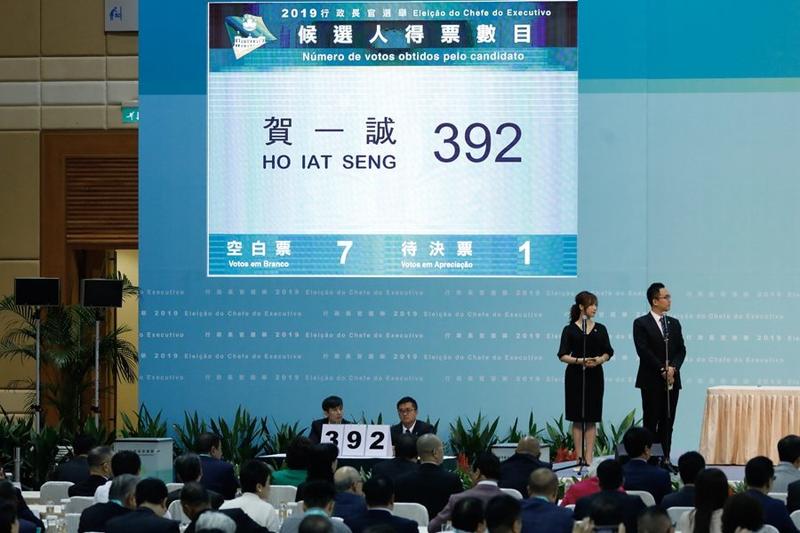 He expressed his belief that Ho would lead a new administration and the people of Macao to continue the faithful and accurate implementation of the “one country, two systems” principle and scale new heights in the development for the Macao SAR.

Chui, whose term ends on Dec 19, said his administration would do all it can to assist Ho in forming a new administration and ensure a smooth transition.

* Chen Zimo and Xinhua also contributed to this report