China to press ahead with value-added tax reform 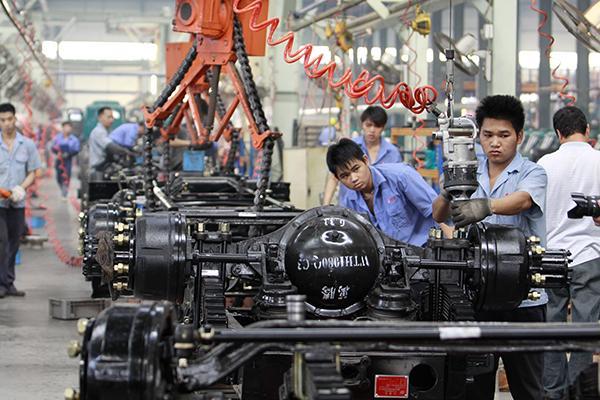 BEIJING - China will continue to refine the VAT reform pilot program to enable further economic transformation and upgrading, according to a decision made on Friday at a State Council executive meeting chaired by Premier Li Keqiang.

The VAT reform was first piloted in Shanghai in 2012. It was expanded nationwide starting from May 1, 2016. China's VAT rate structure was further cut from four to three tiers (6 percent, 11 percent and 17 percent) starting from July 2017, with tax rates for farm produce, tap water and books reduced to 11 percent from 13 percent.

"The full implementation of the VAT reform pilot program is a strong pillar of this administration's efforts to boost effectiveness of the proactive fiscal policy and the supply-side structural reform," Li said.

"One year on, the reform is paying off. Sectors across the board have seen their tax burden reduced. It did not come easy."

The meeting decided that the government will also push forward legislation on VAT, fine tune VAT arrangements for maximum results and secure progress made in the reform in the legal form.

"The VAT reform is a systematic project, and government departments should work in synergy. The VAT reform, besides reducing tax burden for enterprises, can also leverage institutional reforms, and contribute to innovation, entrepreneurship, job creation and expansion of the industry chain," Li said.

The service sector has received a significant boost, having grown by 7.8 percent and taken up 51.6 percent of the GDP in 2016

"In the meanwhile, it is unifying the country's tax regime, expanding the tax base, and improving the tax regime in both clarity and transparency," he added.

The total amount of tax cuts from the pilot program has reached 1.61 trillion yuan as of June this year, including 85.12 billion yuan in tax cuts since the program's expansion on May 1 last year, according to the Ministry of Finance.

The service sector has received a significant boost, having grown by 7.8 percent and taken up 51.6 percent of the GDP in 2016. Firms in the manufacturing sector have seen tax burdens reduced by 24 billion yuan since May 2016, which in return spurred the upgrading of the sector.

The reform has given rise to innovation and entrepreneurship and development of new business models too. Small firms have been the biggest beneficiary among all market entities.

Problems remain, though. VAT rates are still more tiered than international average. There are still inconsistencies in rates for goods and services and for different businesses in the same sector. Some sectors and tax payers are still yet to enjoy full VAT deductions.

The meeting on Friday decided that more training will be offered to familiarize taxpayers with new tax policies and bring about the reform's full benefits.

Authorities will work on service delivery by simplifying taxation procedures for greater efficiency and convenience to taxpayers, and promoting the application of electronic invoices.

"The tax reform is a fundamental and significant reform that will benefit economic development. We need to keep adjusting and improving the tax regime and solve problems that come along in a timely manner. Excessive taxation is an off-limit," the premier said.