On with the show

By Aruna Harjani in Jakarta for China Daily Asia Weekly 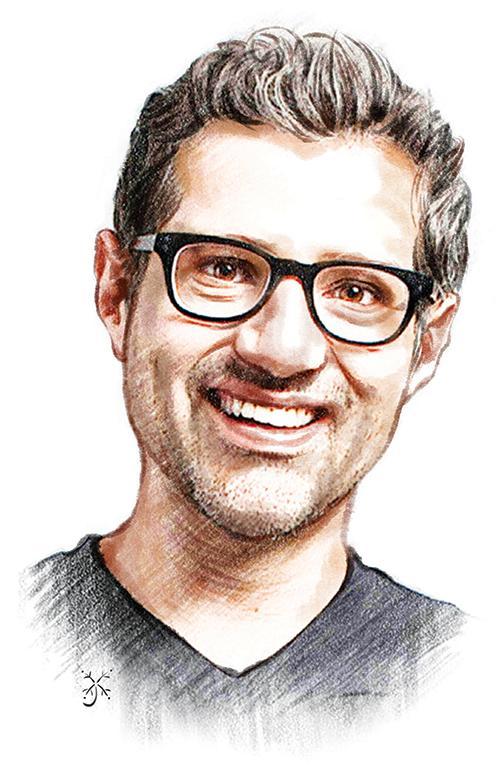 It was on a backpacking trip that Ashish Hemrajani, CEO and founder of BookMyShow, came up with the idea of an online ticketing portal.

Nearly two decades later, the Mumbai-based multinational company is one of the world’s largest online ticketing service providers. It sells an average of 10 million tickets a month for events such as sports, concerts and plays.

“We now (operate) in New Zealand, Australia, Sri Lanka and Indonesia,” Hemrajani said. “About 50 million people use our mobile app. We get around 100 million visits and around 3 billion page views.”

In India, BookMyShow has 1,500 employees with a presence in more than 650 towns and cities.

The idea to remodel the entertainment-ticketing industry came to Hemrajani while traveling in South Africa with two former classmates in 1999. He was taking a break from ad agency J Walter Thompson in Mumbai, where he had worked for two years after completing his MBA.

The company allowed smoking in the office at the time — a contributing factor to Hemrajani wanting to get away for a while.

“During the trip, I went wine tasting. In South Africa if you go to Stellenbosch (in the Western Cape province), which is surrounded by vineyards, you get free wine. I am from the Sindhi community and anything given for free is valued,” Hemrajani added in jest.

“I thought it was a great idea because in India there was information arbitrage, black marketing and pricing arbitrage of movie tickets, plays and concerts,” he said.

“In India at that time … if I wanted to watch a match, I would sleep overnight at the stadium, only to be probably told the tickets were sold out — and brokers would later be selling the tickets at twice the original price. I felt that there is a structural hole which needs to be filled.”

The morning after a night of revelry and free wine, Hemrajani decided the time was right to resign from J Walter Thompson.

“I sent a message to my boss that I want to quit my job. So I (returned to) Mumbai jobless but had started to think of the ticketing business.”

He returned determined to create an online solution to India’s ticketing challenges. Having secured an investment of US$500,000 from Chase Capital Partners, his two friends from university soon came on board as cofounders. BookMyShow was now up and running.

“I was 24 years old. I could have just taken the money out and used it for myself, which of course I didn’t,” Hemrajani recalled.

In 2001, Chase Capital sold its stake in BookMyShow to media group News Corp.

The following year, however, the company hit major headwinds as the dotcom bubble burst. Hemrajani looks back at this as the toughest period in his life.

“I went from 150 people down to six. I didn’t know where my next meal was coming from. I didn’t have a roof over my head. I couldn’t pay salaries.”

He organized six-month severance pay from News Corp for the staff, and secured jobs in other companies for 60 people. However, the challenges of keeping the company afloat mounted.

“If I earned money, I would switch on my lights and air conditioning. I would make calls to my clients in New Delhi from a booth outside (the office). My clients would ask why there is so much noise; I would say we are very busy. There was nobody in our office. There were only six of us.”

In 2012, another boost came in the form of about 1 billion rupees from venture capital firm Accel Partners, an early investor in Facebook.

Two years later, venture capital fund SAIF Partners also put money up for BookMyShow along with existing investors. The company raised about 1.5 billion rupees from this funding round alone.

He explained that he comes from a family that values hard work.

“My parents are ‘partition kids’. They came from (present-day) Pakistan,” he said, referring to those who were displaced by the partition of the Indian subcontinent in 1947 into two nations: India and Pakistan.

Up to this point, his parents had each lived a life of luxury in what is now Pakistan. But they became paupers overnight and were forced to flee their homeland.

“(My parents) came to India with nothing, they moved from town to town with nothing. They built a new life.”

After arriving in India, Hemrajani’s father lived in New Delhi for 10 years, before attending Banaras Hindu University, in Varanasi, in the northern Uttar Pradesh state. After university, he started a watch-trading company.

Hemrajani’s father later relocated to Mumbai to set up a pharmaceutical products company.

His mother, meanwhile, moved to Kanpur, Uttar Pradesh, with her parents. It was there that his parents met, in a traditional arranged marriage ceremony. Now aged 78, his father runs a horticultural operation, which he sees as more of a hobby than work.

“My parents would not eat a full meal but made sure my sister and I ate expensive mangos during the season. Their sacrifices came from what their parents went through. They sacrificed throughout their lives for us.

“I don’t think it was a good time for them but I don’t think we knew it. We were living in our own Disneyland.”

Growing up in Mumbai, Hemrajani said he was a very sheltered child. “I lived in a 1-kilometer radius. My playschool, my schooling, my piano (and) speech classes, my college, my office and my parents’ home are all located in one area.”

The ups and downs in Hemrajani’s life have taught him to keep a positive outlook.

“As an entrepreneur, you are always facing challenges. A lot of people ask me: ‘What keeps you awake at night?’ For 18 years, I only have one answer: ‘Nothing’. I sleep like a baby. My karma and conscience are clean.”

He said he focuses on high-quality input and does not let external factors rattle him. “I can’t control competition, I can only be aware of it. The company belongs to the people. It is the people who run it that matters.”

A major goal of Hemrajani’s is to create the next level of leaders and successful entrepreneurs.

“I would like to create a team of 20-50 entrepreneurs — guys that can run the company, and leaders that can define and make a difference in India where the socioeconomic divide is so vast.”

BookMyShow also has its own charity initiative. “We fund our office boys for night college — we help people punch far above their weight. If we can maintain that … where we can change and transform their lives and their families, then I have done my job and can sleep peacefully.”

The company is seeing tremendous potential with new technology. It does a lot of work in data science and business intelligence, especially in machine learning, deep learning and artificial intelligence.

It recently introduced BookMyShow Jukebox, a music service to download songs for free when booking tickets through the app.

“This is a step forward for us in becoming a 360-degree entertainment destination in India. We follow our users wherever they go. Mobile accounts for more than 75 percent of our business.”

Hemrajani noted that the next big things for entertainment technology will be voice assistance and virtual reality-assisted booking for seats.

“It was really a tough journey but this has been one of the most exhilarating and amazing journeys,” he said.

“As long as we have happy people who are innovating, (and) users who are happy, that’s all that matters to me.”

1990-95: Bachelor’s in accounts and economics, Mithibai College, University of Mumbai

What advice do you have for the younger generation?

Persevere. Believe in yourself and do not give up.

What are your hobbies?

Racing boats on the weekends, sailing, swimming, music and golf.

What has been your most memorable moment?

When I had to talk to my 144 employees (to terminate their services after the dotcom bubble burst) that my dream is over, was probably the toughest day of my life.

How do you view the concept of following dreams?

I always follow my passion and my dreams. Everyone is a dreamer and everyone has a great idea, but only the ones that execute (those ideas can succeed). It is all about execution and I believe that more ideas die of indigestion than starvation. You always have to deny yourself in order to succeed.

What has been the most defining moment in your life so far?

Drinking and smoking did it for me, even if I didn’t actually indulge in both. Smoking, because I left J Walter Thompson because of it. It took many drinks for me to realize a dream.