One dead, a dozen injured in gas blasts in Boston suburbs 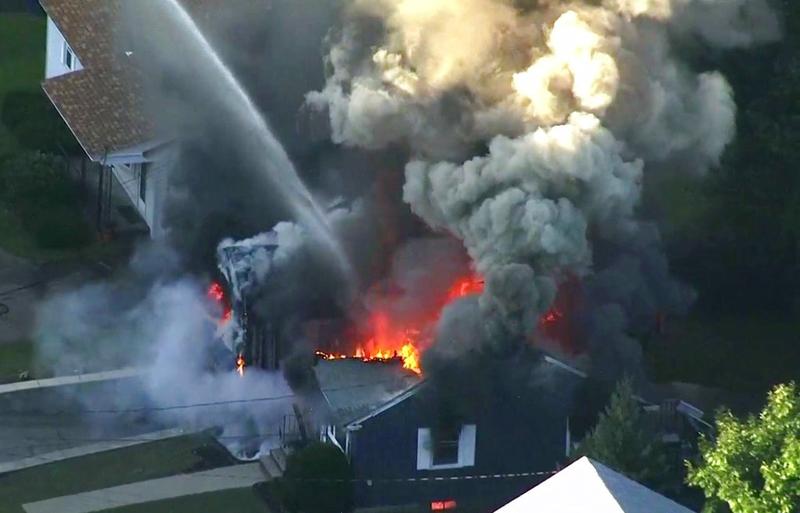 In this image take from video provided by WCVB in Boston, flames consume the roof of a home in Lawrence, Mass, a suburb of Boston, Sept 13, 2018. (WCVB VIA AP)

ANDOVER, Mass —Dozens of gas explosions killed at least one person, injured 12 more and forced thousands to evacuate from three communities north of Boston on Thursday.

Some 70 fires, explosions or investigations of gas odor were reported

Some 8,000 people were displaced after the blasts leveled dozens of homes and other buildings in Andover, North Andover and Lawrence. Firefighters raced for hours from one blaze to another and utility crews rushed to shut off gas and electricity to prevent further ignitions.

"This has been obviously an incredibly difficult day," Massachusetts Governor Charlie Baker said in a news conference eearly on Friday. 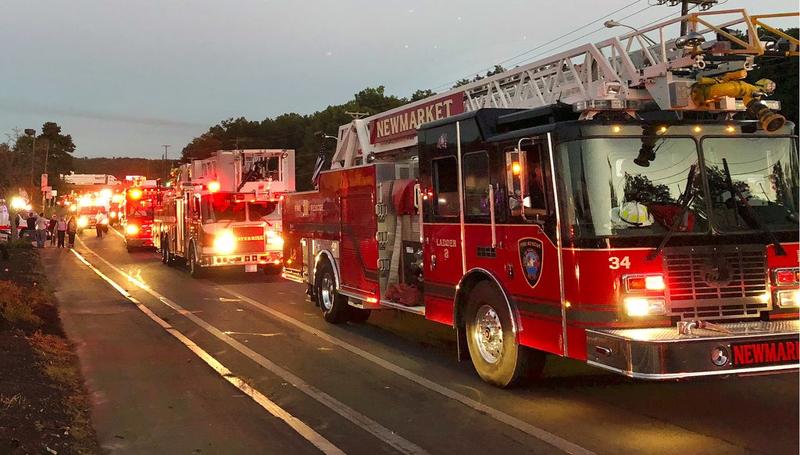 Multiple fire trucks from surrounding communities arrive Sept 13, 2018, in Lawrence, Mass, responding to a series of gas explosions and fires triggered by a problem with a gas line that feeds homes in several communities north of Boston. (PHIL MARCELO / AP)

Baker said that he told the utility company that it must bring in additional resources and develop a comprehensive safety plan for each of the communities.

"At this time, the focus remains on ensuring the public safety," Baker said. "Once that's complete, we will work with federal government and others to investigate how this occurred and hold the appropriate parties accountable for their actions." NiSource spokesman Ken Stammen said Columbia Gas was investigating. The US Department of Transportation's Pipeline and Hazardous Materials Safety Administration said it was sending a team to support the state's emergency response efforts.

The former head of the agency, Brigham McCown, called the series of gas explosions "unprecedented, at least in recent memory." 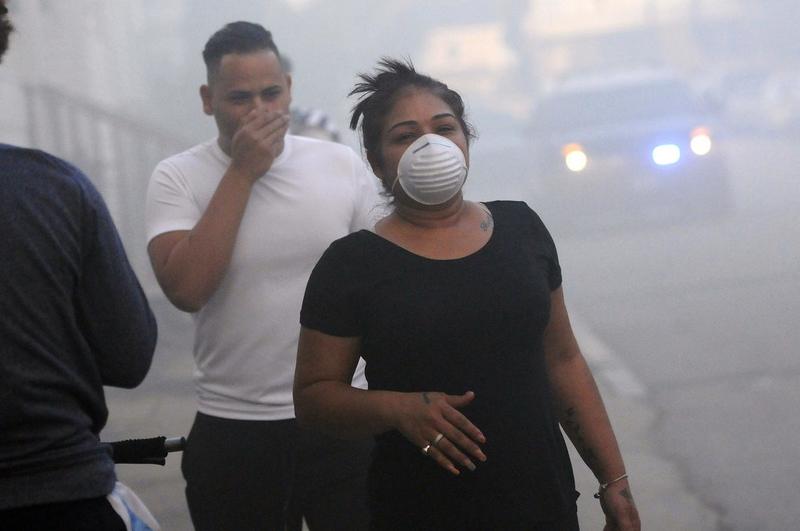 Residents cover their face from the smoke while being evacuated from homes as firefighters battle a fire on Bowdoin St, Sept 13, 2018 in Lawrence, Mass. (TIM JEAN/THE EAGLE-TRIBUNE VIA AP)

The National Transportation Safety Board has a team of investigators headed to the area, officials said. The Federal Bureau of Investigation also was sending investigators, the Boston Globe reported.

Guilia Holland, a 35-year-old mechanic in a wheelchair, said she had just gotten off a bus returning home when she saw "a big flash of light" at the house where she had been renting a room for a month.

"Good thing I wasn’t home or I wouldn’t be talking about it," she said outside an elementary school in Lawrence that the Red Cross had converted into a shelter for about 170 people.

South Lawrence Mayor Daniel Rivera urged residents to stay away from their homes. 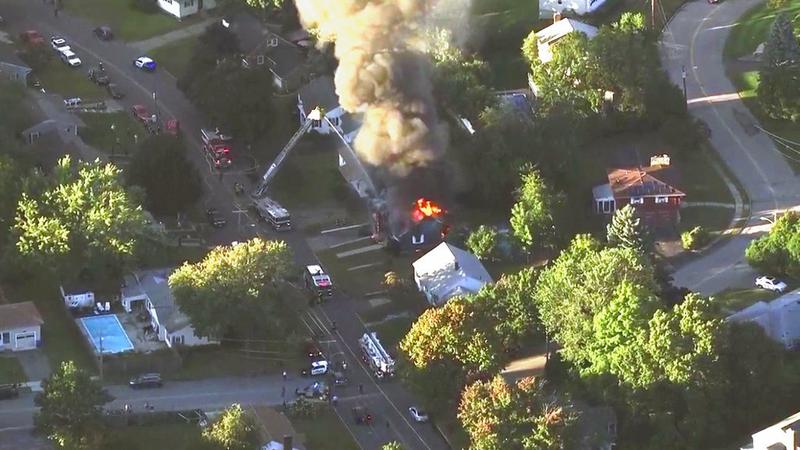 In this image take from video provided by WCVB in Boston, firefighters battle a raging house fire in Lawrence, Mass, a suburb of Boston, Sept 13, 2018. (WCVB VIA AP)

"There could be still a gas leak in your home," Rivera said.

"You can't see it and in some cases you won't be able to smell it and God forbid you go to sleep and don't wake up." 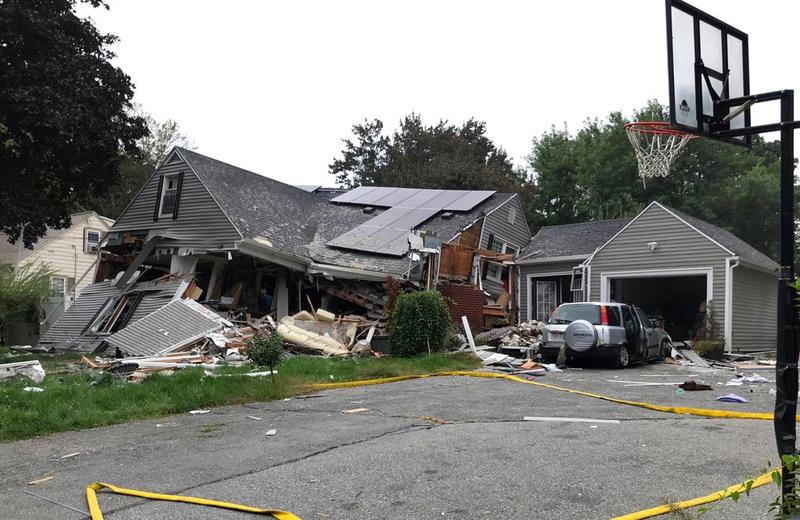 A house is destroyed in Lawrence, Mass, Sept 13, 2018 after a series of gas explosions in the area. (CARL RUSSO/THE EAGLE-TRIBUNE VIA AP)