Free Speech in Hong Kong is Being Murdered! 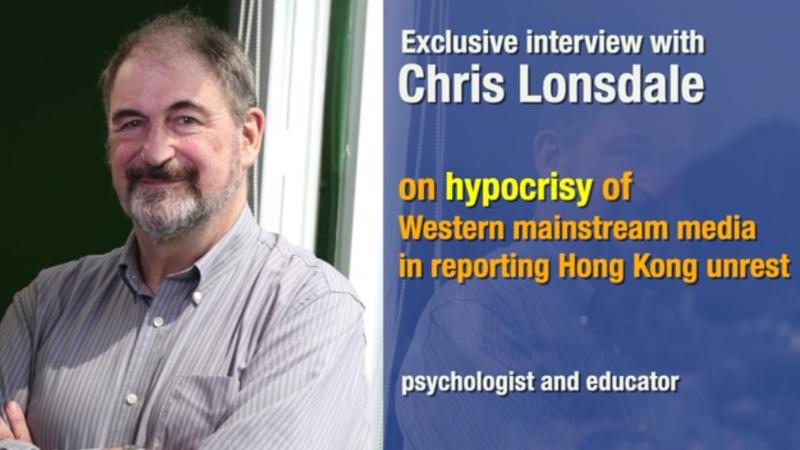 Earlier I watched with dismay an online video showing an elderly man in Central Hong Kong being severely beaten by Hong Kong’s “Black Shirts” - I mean, those violent protestors clad in black from head to toe, using umbrellas to hide the fact that they were mutilating a defenseless person of advanced years.

My reference to the Nazis here is deliberate, because what we are seeing through such incidents is the unfolding of a fascist dystopia in what, for decades, has been the freest city in the world!

What did this elderly man do to deserve such a beating?  His crime?  Simple. He had an opinion that, from the footage I saw, he expressed quite vocally. Clearly it was an opinion different to those who were meting-out the beating!

In other words, he was exercising his right to free speech, and the people doing the beating felt that this man’s opinion was, in itself, a crime which could justifiably be punished with physical violence.  Not just that, this speaking a point of view was clearly viewed as a crime that could be punished immediately without recourse to the judicial process or a court of law.

In an opinion piece by Alex Lo published in the SCMP on Oct 2 (“Protest movement spawns its own Frankenstein’s monster”) he makes the point that even within the protest movement itself people now feel that they cannot disagree with the trend towards violence, for fear that this violence will be turned against them. As a result, increasingly, people preferring a peaceful approach choose to remain silent.

I strongly believe that the majority of people in Hong Kong desire a peaceful resolution to the unrest that has been plaguing the city for months now. But with the threat of violence now hanging over everybody’s head, we can be sure that more and more people are becoming increasingly fearful of letting their thoughts be known.

Supposedly, the protest movement in Hong Kong is fighting for freedom and democracy, of which freedom of speech, and the rule of law, are core elements.  One would expect that these champions of free speech would be excited to discuss their views with others who have a different perspective. One might expect them to delight in first understanding the other’s point of view, then arguing brilliantly from their own perspective, finally coming to a mutual understanding of practical ways forward.  Afterall, this process of talking, listening, and compromising is a core foundation of a healthy pluralistic society.

But, sadly, we’re seeing a dynamic which goes very simply like this: “You disagree with me? I am going to beat you to a pulp”!  Or, “You’re charged with protecting the city? I’m going to throw acid over you and maim you for life”.

Or, in the Twitter version it’s “You think different? I’m going to put my fingers in my ears and chant nyah nyah nyah nyah nyah nyah” (i.e. block you). I share this because someone messaged me on Twitter saying they liked my writing, and before I got a chance to respond (it’s been a busy week!) they blocked me.  The timing’s suspicious, because this blocking seemed to happen just after my commentary celebrating 70 years since the founding of the People’s Republic was published.

So, we now have a situation wherein people in Hong Kong are increasingly fearful of speaking their mind, because a small subset of the population prefers violence to dialogue. And, the more people fear speaking, the more the violence escalates because the perpetrators of the violence think that the silence means agreement!

It is in this way that free speech dies. Because, the fear of physical violence that is likely to come in response to speaking one’s mind leads, naturally, to self-censorship. Once that self-censorship is embedded in a person’s way of being, it’s very difficult to get back to an open and fearless sharing of perspectives.

Some weeks ago, if media reports and twitter feeds are anything to go by, the whole world was holding its breath waiting for the “nasty commies” to send in troops who would machine-gun the population, arrest anyone who made known their dislike for the Party, and ship them off to concentration camps on the Mainland.

That hasn’t happened, at least not yet.  Which is great!  The fact that it hasn’t happened so far, I think, is that China is trying really hard to honor the spirit of “One Country Two Systems”.  China is trying really hard to accept free speech within the Hong Kong SAR, even when that speech is strident, insulting, messy and disruptive to people’s daily lives for months at a time!

People in Hong Kong who truly value free speech should use this opportunity to STOP the violence, and begin a true dialogue for the benefit of all the people in the territory.

As Henry Litton, a retired Hong Kong High Court judge wrote last week “If the protesters truly value their professed aims, their focus should be on demonstrating to Beijing and to the rest of the world that the One Country Two Systems formula works, and to promote an atmosphere in which Beijing feels comfortable with the system – and when the time comes, to extend the Basic Law for another 50 years or 100 years”.

Sadly, it appears that this willingness from China to NOT intervene is being seen as an opportunity to escalate the violence!  And so, it’s now quite possible that this violence will escalate to a point where there is no choice but to send in Chinese troops and put a curfew on the city.

If we get to that point, remember that it was the “Black Shirts” that murdered free speech in Hong Kong. Not China.

The author is a psychologist, linguist, educator, entrepreneur, dialogue facilitator and corporate advisor with over thirty years’ experience doing business in Asia. He is the creator of the Kungfu English mobile self-learning system,  author of "The Third Ear" and "How to Learn Any Language in 6 Months" (in Chinese), and his TEDx talk on Language Learning is one of the top 10 TEDx videos of all time.