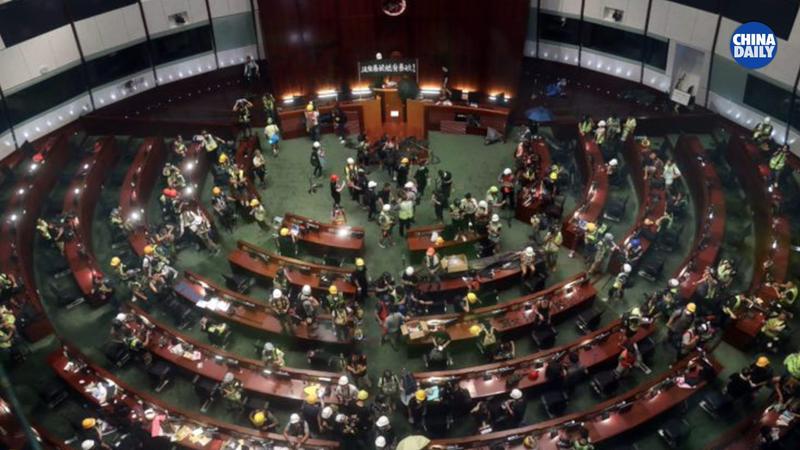 Lam said she was saddened and shocked by the use of violence and vandalism, stressing that any illegal acts committed by the protesters would be investigated.

"This is something that we should seriously condemn because nothing is more important than the rule of law in Hong Kong," she told the media. "I hope community at large will agree with us that with these violent acts that we have seen, it is right for us to condemn it and hope the society will return to normal as soon as possible."

On Monday night, some radical protesters stormed into the Legislative complex and destroyed equipment inside the chamber of the building. 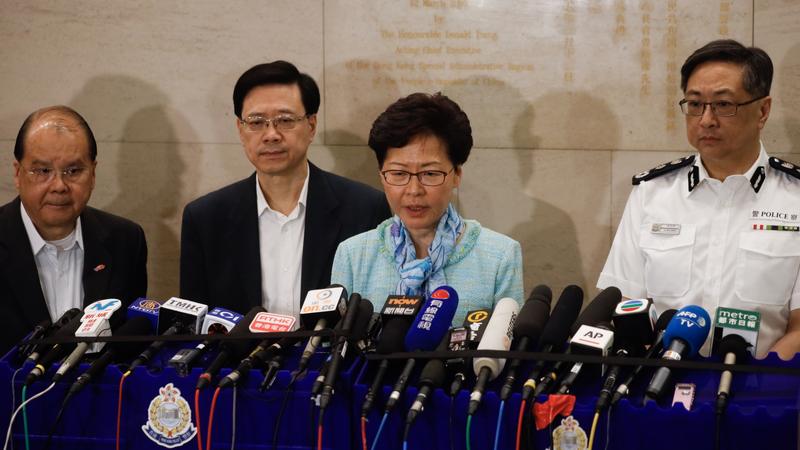 After the midnight, the police cleared roadblocks and drove off protesters who were staying in the Legislative Council complex.

Speaking with the media early Tuesday, Lam said that some protesters confronted the police, blocked roads and used unidentified liquid to attack police officers on Monday.

Some protesters tried to intrude the LegCo complex, using a roll cage trolley as a battering ram and iron poles to shatter glass doors of the LegCo. They, during the clash, also threw toxic powder at the police.

On Monday evening, a number of protesters stormed into the complex, destroyed the chamber and defaced the Hong Kong emblem.