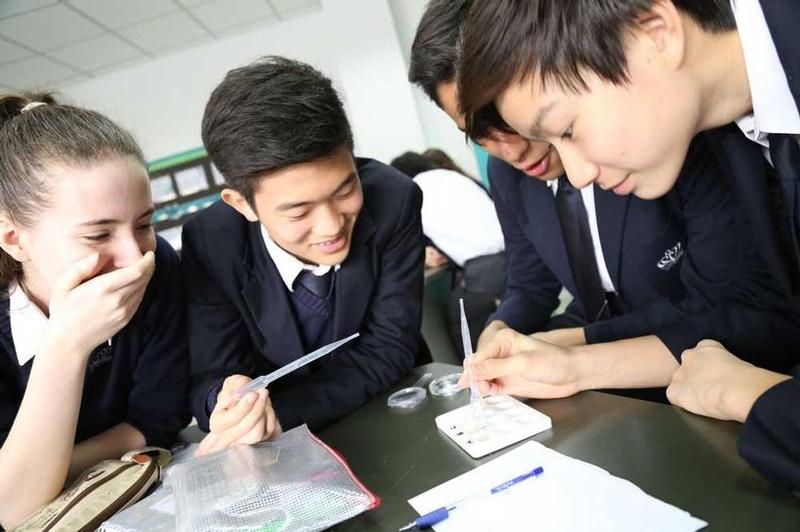 EDINBURGH - With China's growing investment in space science and technology and its increasing market demand for satellite applications, countries like Britain are looking to work more closely with China in the area. "China is a huge country and satellites are perfect in providing the data unique for agriculture, for climate, for air quality," Chris Lee, head of International Space Partnerships at UK Space Agency, told Xinhua.

"I think we are natural partners in focusing on how you use satellite data...," Chris Lee, head of International Space Partnerships at UK Space Agency told Xinhua

He made the remark on the sideline of the 12th UK-China Space Workshop on Space Science and Technology, which was held in Edinburgh this week. "From China, we will then have an opportunity to take those capabilities out to the rest of the world. So if I were to pick a particular area. I think it would be the applications of satellites," said Lee. "And because the UK has some key strength in this area as well, I think we are natural partners in focusing on how you use satellite data rather than how you build satellites themselves."

The two sides have made efforts to promote satellite applications in some specific areas. The Science and Technology Facilities Council (STFC) Newton Agri-Tech Fund was launched in 2015 under the auspices of the UK-China Space Science Joint Laboratory. This joint initiative looks to use the UK's expertise in remote sensing and modelling in the area of agricultural technology to work with and aid the Chinese farming community.

The 12-million-pound (US$15.68 million) fund is spread over five years and will make use of the breakthroughs in satellite imaging, remote sensing and modelling to help provide facilities and technologies that will support research driven, decision making tools for farmers and policy makers.

It provides the chance for Chinese and UK researchers to work together to exchange ideas, and make closer ties across the cultural and social boundaries. "I think......both the UK and China have a very strong belief that satellites can be used for governments around the world to improve the well being of their citizens," said Lee. "We both share a philosophy called space for smarter government, and I think we and China want to showcase how space is useful to support the UN's sustainable goals."

Satellite applications in agriculture is one area in which two sides deepened cooperation in space science. "Both China and the UK see space science and technology as one very important and interesting area, and have encouraged cooperation between the two sides' colleges and research institutions," said Lijun Xu, Dean of School of Instrument Science and Opto-electronic Engineering, Beijing-based Beihang University, in an interview with Xinhua. Xu also attended the Space Workshop.

One typical example is the Solar wind Magnetosphere Ionosphere Link Explorer (SMILE) space mission, which aims to measure Earth's global system responses to solar wind and geomagnetic variations. The project was formally selected by the European Space Agency (ESA  Science Program Committee in 2015. The objective of SMILE is to reach mission adoption in early 2018 and launch is expected to take place at the end of 2021.

Working with their colleagues from Canada, several European countries and the US, scientists and engineers from China and the UK will dedicate their expertise to making SMILE a reality. The SMILE project is going forward with ESA providing capabilities on the satellite and China and the UK providing capabilities on the instrument, said Lee. "We are certainly very excited that this will be our key mission in the future that showcases UK and Chinese academics," he also said.

With UK leaving the European Union, or Brexit, researchers in the UK have voiced their concern over Brexit's impact on internationally collaborated science projects. But to Lee, this will not affect UK and China's cooperation in space science. "The fact that Brexit is happening does not really reflect or change the relationship we already have (with China)," said Lee. The one opportunity Brexit provides is a refocus, according to Lee. "So I do hope that perhaps with the Brexit activities going forward we will look very carefully and closely at the Belt and Road Initiative that China has been developing for several years, and see exactly how space can contribute to that particular process," Lee added.