​Malaysian PM says no timetable for handing over power 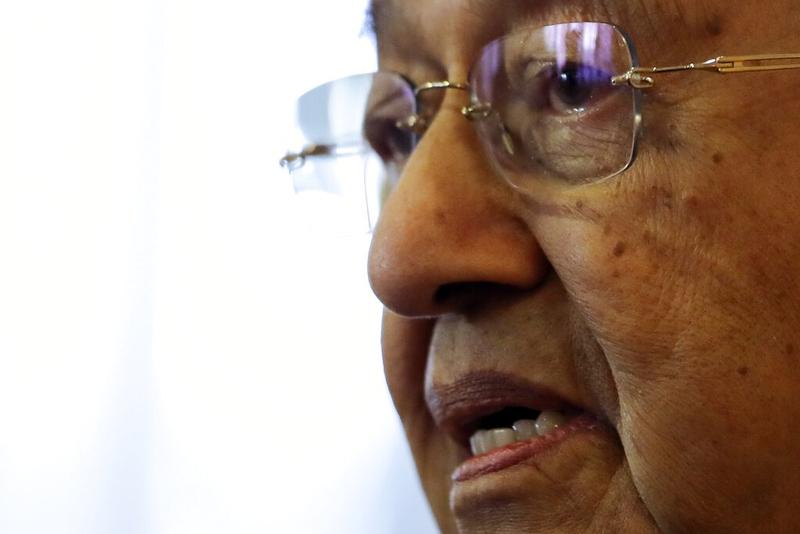 Malaysian Prime Minister Mahathir Mohamad speaks during an interview with foreign media on one year's anniversary of government in Putrajaya, Malaysia, May 9, 2019. (VINCENT THIAN / AP)

PUTRAJAYA, Malaysia — Malaysian Prime Minister Mahathir Mohamad defended his government's record on the anniversary of its election victory Thursday and reiterated he will hand over power to his successor Anwar Ibrahim though he wasn't clear on when.

Mahathir's four-party alliance ousted the coalition that has been in power since independence in 1957 amid anger over then-leader Najib Razak's massive financial scandal and the rising cost of living. But euphoria over the victory has faded and the new government has been accused of backsliding on reform promises in its election manifesto.

Mahathir told foreign journalists there had been hiccups in pushing through some reforms due to insufficient support in parliament for constitutional changes.

"The manifesto is for five years, not for one year, so we are working on that... there are some promises that have been delayed because of legal problems. For example, certain changes we want to make require some changes in the constitution. For that we need a two-thirds majority" in parliament, he said.

Last year, the opposition-controlled senate rejected a bill to repeal a fake news ban rushed through parliament by the previous government ahead of elections. Attempts to abolish capital punishment faltered, and instead courts were given the power to decide whether to impose the death penalty only on some offenses.

The government has also withdrawn plans to ratify a UN anti-discrimination treaty and the Rome Statute of the International Criminal Court after coming under pressure from the majority Muslim opposition.

Despite the challenges, Mahathir said his untested alliance of four parties had managed the country well, focusing on ferreting out corruption and cleaning up huge debts caused by the multibillion-dollar looting of the 1MDB state investment fund and expensive infrastructure projects.

"We have done a lot to restore all the institutions of government. This is very important for us. For example, we have insisted on the rule of law. We have reinstituted the separation of power between the legislative, executive and the judiciary....we are getting rid of oppressive laws such as the anti-fake news law," he said. 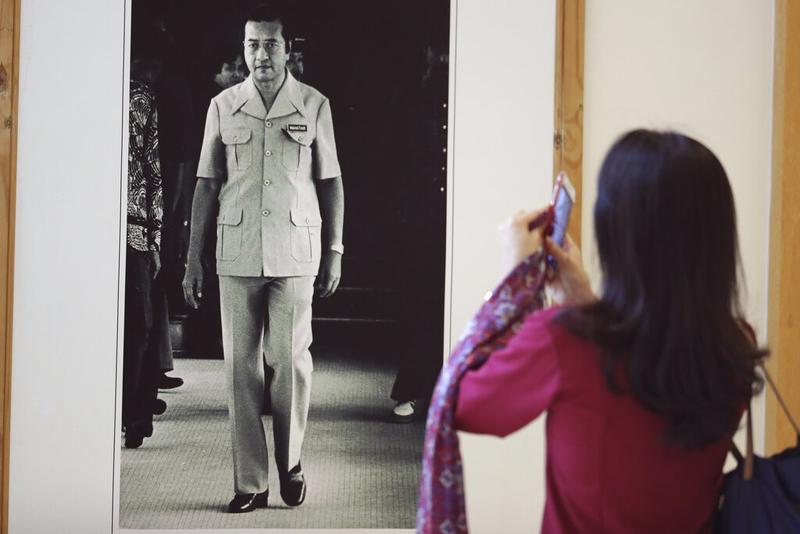 A reporter photographs a large portrait of Mahathir Mohamad at the Perdana Foundation in Putrajaya, Malaysia, May 9, 2019. (VINCENT THIAN / AP)

He was unfazed by a drop in his popularity in a recent poll by the independent Merdeka Center that showed his approval rating had dropped to 46 percent, from 71 percent last year. He said it was normal for such ratings to drop as people have high expectations over his government's economic and institutional reform plans.

Mahathir, now 93, said he believes he can fix the country's problems within two years but there's no fixed period for him to leave

Mahathir, now 93, said he believes he can fix the country's problems within two years but there's no fixed period for him to leave.

He stressed he will keep his promise to hand over power, though he didn't mention Anwar Ibrahim by name at the briefing.

"I said that I will be an interim prime minister, I hold to that," Mahathir said. "The successor we are thinking of has been with the party for a long time. I think if there are any changes by him, they will not be radical."

Mahathir was premier for 22 years until 2003, and Anwar was a high-flyer in the former ruling coalition who was convicted of homosexual sodomy and corruption after a power struggle in 1998 with Mahathir. He was freed in 2004 and convicted again in 2015 of sodomy, which he said was concocted to destroy his political career.

Due to anger over the 1MDB fiasco, Mahathir returned to politics and he and Anwar put aside their feud to help their four-party alliance win elections last year, with an agreement that Mahathir will hand over power to Anwar. The king freed and pardoned Anwar, 70, shortly after the polls but uncertainties over the timing of the handover rattle some investors who fear it could disrupt the economy.

Najib is now standing trial on corruption charges linked to 1MDB. His wife, his former deputy and several high-ranking officials also face charges. US investigators say at least US$4.5 billion have been stolen from 1MDB and laundered by associates of Najib.