Source: US, Chile discuss co-hosting APEC in US in Jan 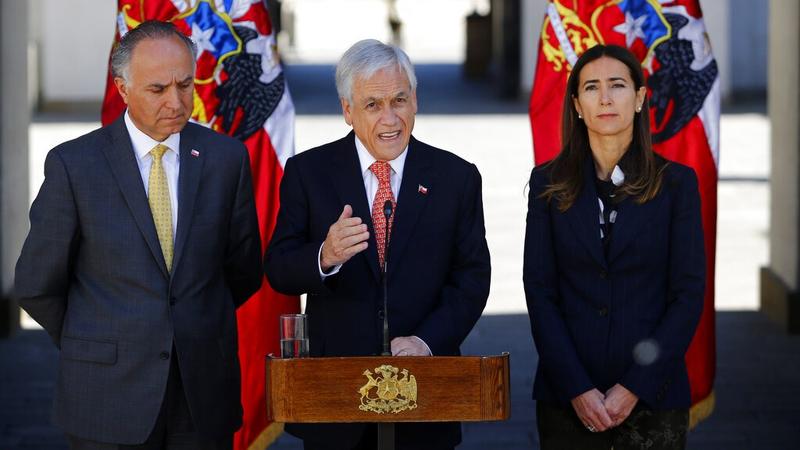 WASHINGTON/KUALA LUMPUR — The US and Chilean governments are discussing co-hosting an APEC summit in the United States in January after Chile dropped plans to stage the event in Santiago this month, a senior US official said on Thursday.

Malaysia’s foreign minister said earlier that US Secretary of State Mike Pompeo told him that the United States was thinking of hosting the annual summit of Asia-Pacific nations in January, and that Malaysia did not support the idea.

Chile last week backed out of hosting the Asia-Pacific Economic Cooperation summit that had been scheduled for Nov 16-17 because of violent street protests. Malaysia is set to host the next APEC summit, scheduled for end-2020.

The senior US official, speaking on condition of anonymity, said discussions were under way about Washington and Santiago working together to reschedule this year’s summit at an unspecified US venue but that no decision had been made.

Malaysian Foreign Minister Saifuddin Abdullah told reporters earlier on Thursday that Pompeo had spoken to him in Bangkok and told him that the United States was thinking of hosting the APEC summit in January.

“But I have informed the American officials who were in Bangkok that we don’t think it’s a good idea,” he added, without elaborating.

Abdullah was in the Thai capital earlier this month for a regional summit. The United States sent a delegation, with Commerce Secretary Wilbur Ross the highest-ranking US official in attendance.

US President Donald Trump and Chinese President Xi Jinping had originally been expected to sign an interim deal to end a damaging trade war at the Chile summit.

The Trump-Xi meeting could be delayed until December as discussions continue over terms and venue, the senior official told Reuters on Wednesday.

Asked about China’s view on the United States possibly co-hosting APEC, Chinese Foreign Ministry spokesman Geng Shuang said they had been “in constant communication with all sides on this to understand the situation”.

“In principle on the issue of APEC, it should respect the views of the host and should comply with the principle of agreement by unanimity,” Geng told a daily news briefing, without elaborating.