We’re all working to change the future

By Sun Feier in Hong Kong

Global shared workspace giant WeWork is in pole position in its thrust into Asia and elsewhere as the industry heats up. Group executive Alan Ai tells Sun Feier their mission is merely to transform the workspace with experience and greater efficiency. 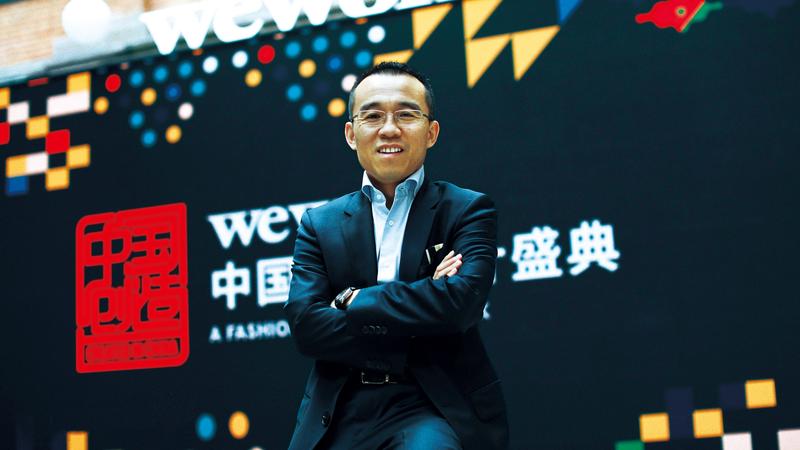 If you were a kind of “contingent” worker — a freelancer, independent contractor, consultant or self-employed — you might find it difficult to strike an efficiency-experience balance in the traditional, decent workplace that’s usually tailored to a nine-to-five job mode, geared to merely coping with high rentals, and not necessarily higher efficiency.

But, when you step into one of US-based co-working industry titan WeWork’s 287 locations in 77 cities around the world, you would be convinced that’s exactly what small or big enterprises might be looking for and how the office of the future would shape up.

Co-founded by Israel-born Adam Neumann and Miguel McKelvey, the group took its stride onto the world stage when it started off at its first location in the SoHo neighborhood of New York City in 2010.

In the eyes of the general public, WeWork is merely playing the role of a landlord in subletting office space to tenants, but Neumann and McKelvey were eager to foster a community-oriented workplace environment to “help create a world where people work to make a life, not just a living”.

In its infancy, the group drew micro-sized, but an unlimited number of companies. But, today, it provides offices and services for creators who run the gamut — from budding entrepreneurs, freelancers and small businesses to mid-market and even Fortune 500 corporations.

“What we aim to do is to transform the workplace with the ultimate aim of improving on both efficiency and experience,” says Alan Ai Tiecheng, general manager at WeWork Greater China.

“This is despite the fact that the current high rate of global urbanization is associated with negative impacts, such as inadequate resources and lower efficiency”.

A research study conducted by WeWork and HR&A Advisors, Inc., an real estate and economic development consulting firm, shows that WeWork is 2.5x more efficient with space than a typical office, freeing up room for new people, businesses, and jobs, Ai points out.

He says the design is the key to utilizing the working space. With more than 1,000 designers who can think outside the box in its products team, the company offers a co-working community for clients, with consideration given to aesthetics, troubleshooting and even changing the behavior of humans.

“For those companies which make ‘experience’ an outperforming product, not a single one of them doesn’t stress designing,” Ai tells China Daily.

Spreading its tentacles across the Chinese mainland, where flexible working places are in great demand as a vast pool of startups overcrowd the market, WeWork China launched its first location in 2016. Following explosive growth in the past two years, it currently supports 20,000 members spanning almost 40 locations in major mainland cities, including Beijing and Shanghai, as well as Hong Kong, and plans to tap into six other cities this year — first-tiered Shenzhen and second-tiered Suzhou, Hangzhou, Chengdu, Nanjing and Wuhan.

WeWork’s shot to prominence put the co-work space rising star in the spotlight of venture capital, having raised US$500 million in a Series B investment led by Trustbridge Partners, Singapore’s Temasek, SoftBank and the SoftBank Vision Fund, and Hony Capital.

A fresh round of financing lifted the WeWork Chinese subsidiary’s market value to US$5 billion — an almost five-fold rise over last year. Globally, the parent company is estimated to have rocketed to being one of the best valued startups in the US with the latest round of funds injection, catapulting WeWork’s market capital to a stunning US$35 billion, surpassing Airbnb and SpaceX.

“Our investors are the most genius in the world,” says Ai. “And, of course, they pursue the financial return rate most as well”.

The first round of funding — a US$500-million investment from SoftBank and Hony Capital announced last summer — underpinned WeWork’s debut and growth throughout China.

For the startup landscape, understanding and supporting are very much cherished by entrepreneurs. Ai believes that WeWork’s two founders are real entrepreneurs and creators from zero, and this has enabled them to fully make out what early-stage peers really need.

Creator Awards — a global competition launched by WeWork — reflects the group’s “Create Your Life’s Work” mantra. The contest is open to anyone who comes up with new ideas or eager to make a difference, including entrepreneurs, performers, startups, and non-profit organizations.

“Whether you’re just planting the seeds of your fresh ideas, or are already growing a full-fledged operation, we offer awards for innovation at every level, in every industry,” explains Ai.

The private co-working operator will offer cash, a platform and opportunities to the finalist in the competition, and the winners will be allowed to join WeWork’s global community and enjoy working offices in any of its locations worldwide.

Giving a solution to mega companies is WeWork’s new pledge and trend.

“Around 30 percent of the Fortune 500 enterprises are our members,” reveals Ai. “We make them more innovative as well as cost-saving”.

“Powered By We” is seen as the seven-year-old company’s white label product in 2018. This includes helping clients find the requirements and corporate culture, design, construction, office decor, and building operations.

Banking and financial services provider Standard Chartered is an example. As the latest “Power By We” case in Hong Kong, it opened a local innovation lab, called eXellerator, which is located in a self-owned plot of land in Kwun Tong, with an area exceeding 10,000 square feet in a bid to explore new tech activities.

The common area that makes the British lender distinct from traditional financial institutions is the ubiquitous WeWork style with its various facilities like a café, bar, yoga studio and meeting room.

Ai calls it the “center of gravity”. “We could generate more innovation for CEOs, make hiring easier for human resources and, more importantly, we’re able to save 30 to 50 percent for CFOs,” Ai says of their selling point.

Searching high and low for the world’s happiest place

Almost everyone has had a spell of dubiety in struggling to convince oneself what would be the right and orthodox career path to tread immediately after graduation.

Alan Ai Tiecheng, WeWork’s Greater China general manager, is no exception. He found a place in the sun, and calls his earlier career life a “journey of learning”.

After completing his studies at Tianjin University — one of China’s oldest established tertiary seats of learning — he joined multi-national consumer goods group Procter & Gamble as a management trainee. In his early career, Ai regarded it as a “trading school”, where he taught himself how to define consumer demand, as well as insight, and how to build up a brand and strategy.

At InterContinental Hotels Group, where he led the brand management, marketing and consumer insights division in the Greater China region, he picked up the hospitality trade and built up the branding experience through his valued exposure to high-end clients.

Ai cites entertainment titan Walt Disney Group serving as “The Happiest Place on Earth” that pursues the acme of “experience” in every way. He was, actually, one of the “creators” who helped bring Disneyland to the Chinese mainland two years ago and seeing it grow out of nothing.

“It’s enough for you to visit Disneyland up to 10 times each year to find a family recreation location. But, what if your office, in which you spend 10 hours every day, offers you the same happiness? ”

“That’s exactly what we at WeWork are doing”.

Earlier this year, when Ai first stepped into one of WeWork’s locations on the Chinese mainland, he found it had already become an “internet celebrity” in the social media by word of mouth.

As a leader, Ai has made every effort to make his team more energetic, passionate and more authentic before getting to know WeWork. A one-day visit to the location led to the determination: “Yes, this is something that I really want to do”.

He sees WeWork as something that’s changing the world and the way in which people work and live.

Acting as a guide for visitors to a WeWork location is Ai’s favorite activity, and knowing that clients appreciate their flexible working office more and more as time goes by gives him the happiest time in the world.

Looking ahead, he emphasizes the challenges in outputting experience in a competitive environment for the co-working industry, and getting into more global markets tops his wish list for 2018.

For Ai, that’s a life-time chance to be a part of “changing the world”.