The death of model-actor Godfrey Gao on a shoot for a TV series has not only shocked the world, but exposed the high price of fame, Chen Nan reports. 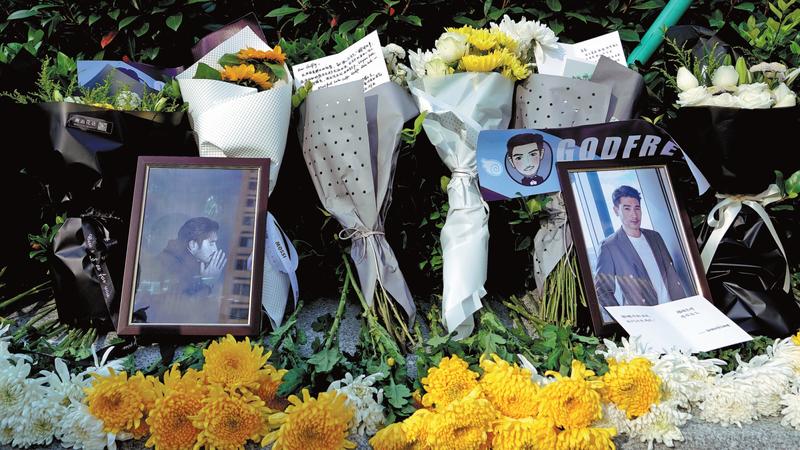 Fans of Godfrey Gao lay floral bouquets, photos and cards outside the filming location of Chase Me to mourn his death. (PHOTO PROVIDED TO CHINA DAILY)

The popularity of reality TV shows in China has skyrocketed, with almost every channel having its own series where celebrity pop stars, actors and models vie to increase their exposure, offering their fans a chance to see them in real-life situations and share their thoughts online.

Recently, the spotlight has again fallen on reality shows for a far less glamorous reason-sparked by the untimely death of 35-year-old Godfrey Gao. The Canadian model-actor, who was born in Taiwan, died during the shooting of a reality show by Zhejiang Satellite TV in the early hours of a Wednesday morning in Ningbo, Zhejiang province.

The reality series Chase Me, is a competition-format show which premiered on Nov 8 and pits celebrities against amateur contestants in a variety of outdoor physical challenges, such as climbing high buildings, endurance races and rope-gliding.

According to a statement released by Zhejiang Satellite TV, Gao suffered a heart attack at about 1:30 am on Nov 27 and was taken to a local hospital.

While the station said they "felt extremely sad" and promised to "properly handle the aftermath", the reality show received a wave of criticism for being too physically demanding, prompting fans of the show to call for a halt in filming on social media platform Sina Weibo. According to reports, other celebrity contestants, such as Hong Kong singer-actor William Chan and actor Huang Jingyu, left the filming location shortly after the incident. 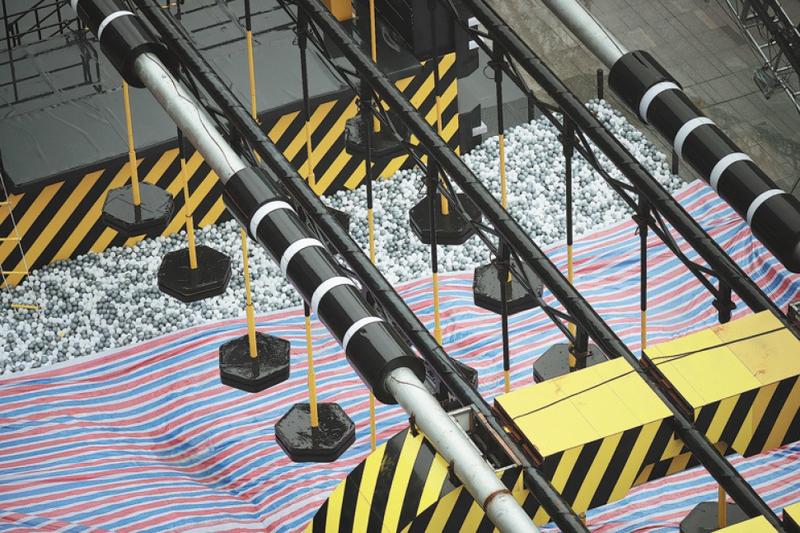 The death of Gao has not only stunned his fans, but the much wider viewing audience, including many actors and actresses who had collaborated with him in the past.

"It's so sad to lose such a great young man. Take care of yourself at work," wrote Chinese actor-director Xu Zheng on his Sina Weibo account, which has nearly 10 million followers.

Besides mourning Gao's death, Xu also urged the TV station to take responsibility for the safety of the reality show's contestants.

So are these wildly popular shows really as fun and as exciting as they appear-or is there a more sinister side to them? The truth is shocking.

In 2013, the 18-year-old assistant to Chinese martial arts actor Shi Xiaolong died from drowning during the filming of Celebrity Splash, a reality show centered around diving competitions, also broadcast by Zhejiang Satellite TV.

The hit South Korean reality television show Running Man, which began in 2010, gained a successful Chinese remake under the name of Keep Running, which was launched in 2014, again by Zhejiang Satellite TV. In April 2018, one of the contestants on the show, Chinese actor-director Deng Chao, broke his right arm during filming of the reality series in Datong, Shanxi province. One of the audience members recalls the incident: "It happened around midnight and it was raining. However, they didn't stop shooting even after Deng Chao slipped and injured himself".

On May 14, 2016, Taiwan actor River Chen tore ligaments in his right knee after landing from a high jump while filming the reality show Race The World, produced by Jiangsu Satellite TV. 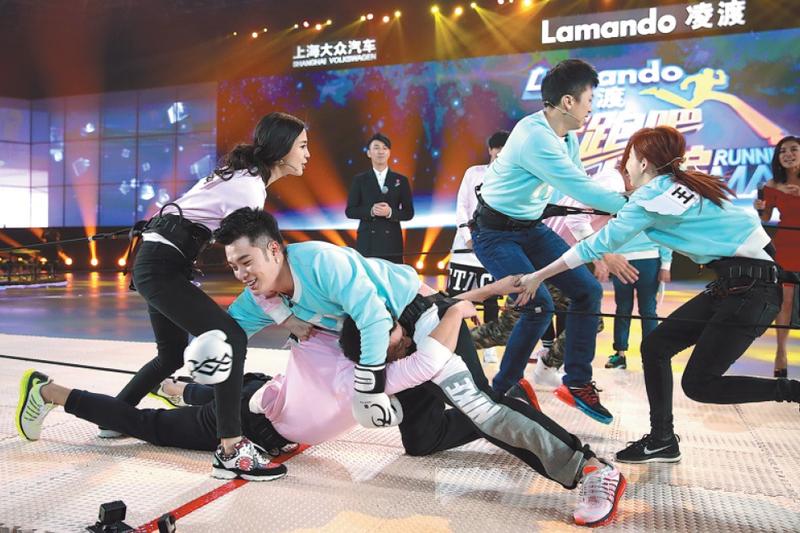 According to reports, Chinese actor-singer William Chan-one of the competitors in Chase Me-said that despite working out every day, he found the show too physically demanding, especially since filming usually began at midnight and didn't finish until 6 or 7 am.

"Reality shows have officially reached the pinnacle of crisis," says Wang Li, who has been involved with several reality TV shows, including I am a Singer by Hunan Satellite TV. "Millions of people sit down after a long day of work and watch their favorite reality shows, but what do they really have to offer?"

She recalls that while filming I am a Singer, she waited for hours before shooting began at around 11:30 pm. After an hour's filming, celebrities came to the media room to conduct interviews, which usually lasted about two hours.

"By the time we returned to the hotel, it was around 5 am and the preparations for the next episode started after lunch," adds the assistant of a Taiwan singer, nicknamed Xiaobai, who featured in the reality TV show earlier this year. "It might be all shiny and happy on the surface, but the truth is that all of us were exhausted." She adds that she felt lucky "because the show was about singing, and didn't involve any extreme sports".

Xiaobai notes that the temptation of reality TV shows is that they offer an easy way for celebrities to gain instant attention. Rising pop stars can expand their fan base, while veterans can get in touch with fans through a new format. For the once-popular idols, these shows can help them reconnect with the world of showbiz.

"Singers, actors and models-everyone tries hard to show off their talent in their own field, but suddenly, reality shows bring all of them together and despite their different specialties, everyone has to compete physically in the show, like athletes. Does the audience really enjoy shows like this? It's ridiculous," commented Chinese singer-songwriter Zhang Wei, whose quotes have been widely circulating online after people started to question the dark side of reality TV shows in the wake of Gao's death.