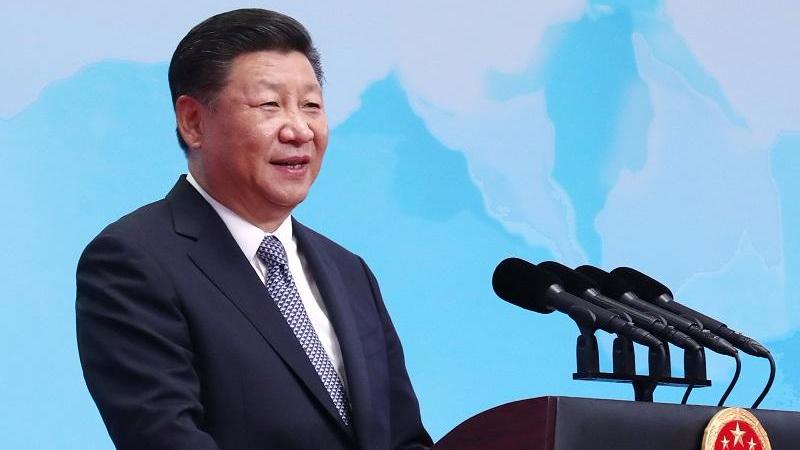 The photo taken on Sept 3, 2017 shows Chinese President Xi Jinping delivering a speech during the opening ceremony of the BRICS Business Forum in Xiamen, southeast China's Fujian province. Xi on Sept 22, 2017 urged China's defense industry to deepen its reform and boost innovation so it will be able to better serve the military and civilian sectors. (JU PENG / XINHUA)

President Xi Jinping urged China's defense industry on Friday to deepen its reform and boost innovation so it will be able to better serve the needs of military and civilian sectors.

Xi said that defense industry is one of the pillars of the government's efforts to better coordinate and integrate the development of the military and business sectors.

He asked the industry to "follow closely the government's civil-military integration strategy, to merge itself deeply into the country's social and economic systems, and to provide stronger momentum to socioeconomic development", according to a news release published after the second plenary meeting of the Central Commission for Integrated Military and Civilian Development on Friday. The meeting was presided over by Xi, head of the commission and also chairman of the Central Military Commission.

The president said that organizations involved in the strategy such as government departments and State-owned defense contractors must have systematic thinking and a long-term perspective. He asked them to improve institutional mechanisms and allocate resources to key research areas.

Xi added that the strategy's implementation requires good planning, optimized use of resources and more communication among the military, State-owned suppliers and private contractors.

In China, the civil-military integration strategy generally refers to the military and defense industry transferring technologies to civilian sectors, including private companies on the military's suppliers list. State-owned defense contractors still dominate the research, development and production of weapons and equipment for the People's Liberation Army.

The news release said that defense companies should continue to foster innovation in science and technology and should make sure key weapons and equipment for the PLA are domestically developed. The government will open more space in the defense sector to private enterprises, break vested interests and remove obstacles hindering private companies' participation.

It also said the PLA's logistics support system will be further opened up to the public and private enterprises, noting the military will make full use of the country's delivery and internet industries to improve the capability and efficiency of its logistics wing.

Construction of new infrastructure must take the needs of national defense into consideration, the release said.