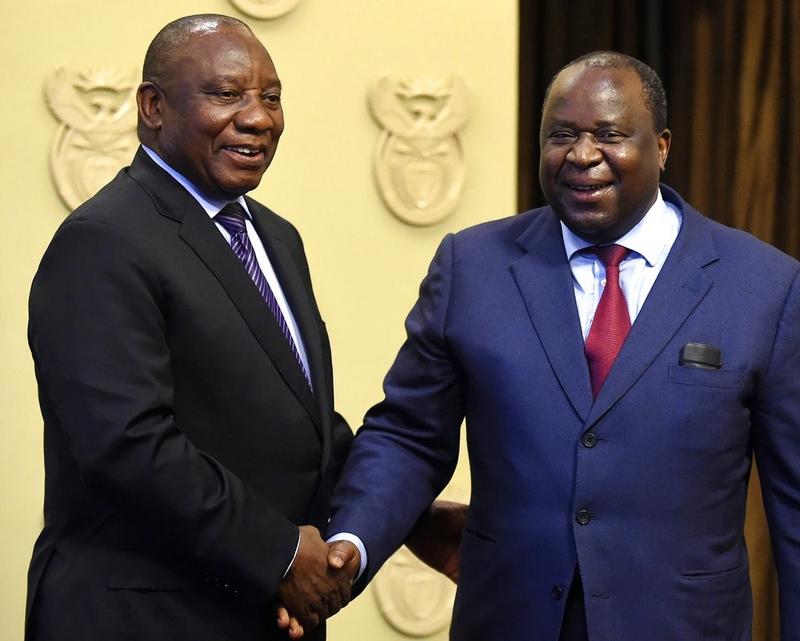 JOHANNESBURG — South Africa's biggest opposition party on Wednesday pushed for wider scrutiny of President Cyril Ramaphosa and his Cabinet after the resignation of a finance minister who acknowledged meeting a business family linked to alleged corruption under the former administration.

The Democratic Alliance urged Ramaphosa to testify before a commission of inquiry about what he knew as a senior ruling party official and deputy to Jacob Zuma, the scandal-tainted president who resigned in February. Ramaphosa has said he would be willing to testify.

On Tuesday, Ramaphosa accepted the resignation of Nhlanhla Nene as finance minister and said the recession-hit country must uncover the "full extent" of alleged looting of state resources. Ramaphosa is trying to restore confidence in one of Africa's biggest economies while seeking to heal rifts within the ruling African National Congress ahead of elections next year.

The local Business Day newspaper said in an editorial that Ramaphosa faces conflicting agendas of cleaning up the government and trying to unify a party where close associates of Zuma still have considerable clout. "One or the other will have to suffer," the newspaper said.

The appointment of Tito Mboweni, former head of the South African Reserve Bank, as the new finance minister got some favorable reviews from analysts and business groups. However, the International Monetary Fund earlier this month predicted that South Africa's economic growth will fall to 0.8 percent this year — down from 1.3 percent in 2017 — before a modest recovery.

"The pace of structural reform implementation and the level of policy credibility will determine the extent of economic recovery," said the IMF, which anticipates uncertainty ahead of next year's vote.

Last week, Nene told a corruption inquiry that he had visited the home of the Guptas, a business family linked to alleged graft under Zuma, and he later apologized for those "lapses." Still, Nene is believed to have resisted key efforts to plunder state coffers, and opposition parties say other Cabinet ministers who may have had closer ties to the Guptas should be subject to similar scrutiny.

They include Home Affairs Minister Malusi Gigaba, who told a parliamentary committee on Tuesday that he had visited the Guptas at their Johannesburg home but had not done any favors for them.

The family is suspected of using its connections to Zuma when he was president to influence Cabinet appointments and win state contracts. Its most prominent members are Indian-born brothers who left South Africa as pressure on them increased. They deny wrongdoing, as does Zuma, who has been charged with corruption.