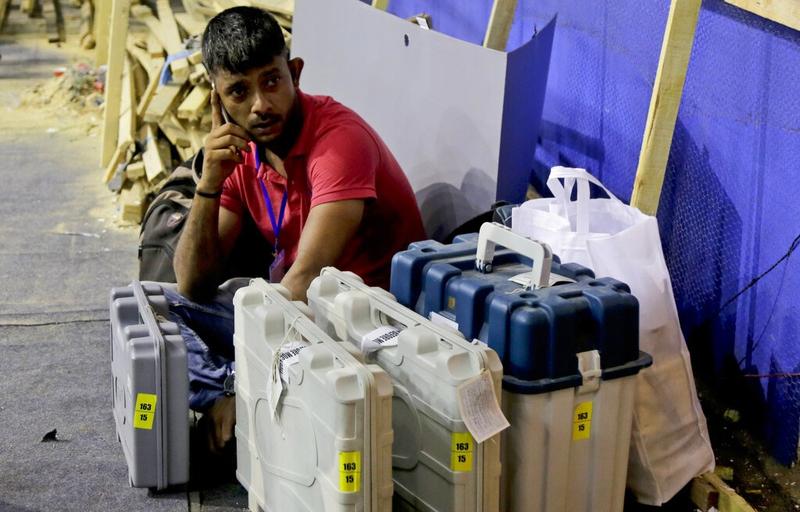 In this May 18, 2019 photo, a polling officer sits with Electronic Voting Machines at a distribution center on the eve of polls in Kolkata, India. (BIKAS DAS / FILE PHOTO / AP)

NEW DELHI — The Indian Election Commission (ECI) has finalized arrangements and security measures in and around the counting centers a day ahead of the vote counting for India's 17th general election across the country, officials said here Wednesday.

The counting of votes is scheduled on Thursday across India. According to officials, the counting will start at 8:00 am (local time) and is likely to be completed by late evening.

"Adequate security measures of counting halls and strong rooms — which contain the Electronic Voting Machines (EVMs) have been made as per election commission guidelines to facilitate a hassle free counting across the country," a senior ECI official said.

Officials said the counting will be carried out under video surveillance inside the designated centres.

"The entire counting process will be video-graphed besides being monitored strictly by the government of India-appointed general election observers and micro observers attached to each counting table," said the ECI official.

ALSO READ: Will Modi's battle with the past put him in charge of India's future?

According to the ECI, elaborate security arrangements have been made to ensure a smooth counting.

There will be a three-tier security in place with the outer cordon beginning 100 meters away from the counting centre and prohibitory orders will be put in place. The middle layer at the entrance will be followed by the inner layer, according to the ECI. 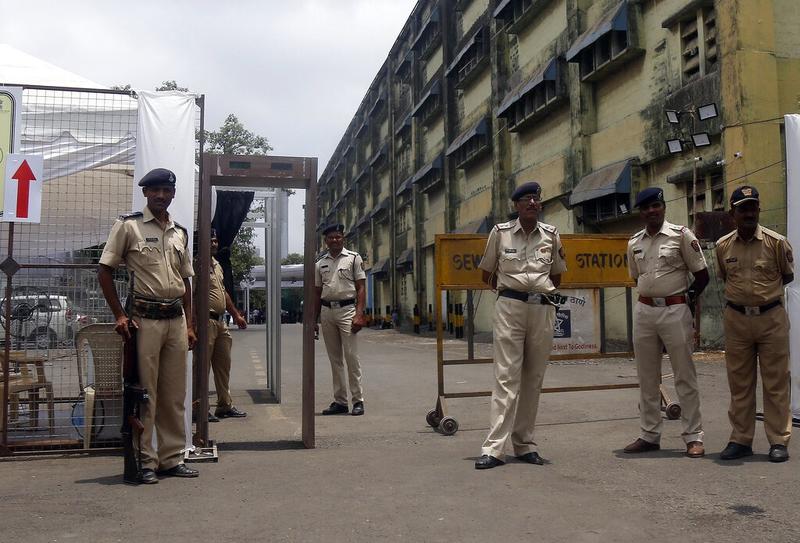 There were reports that members of opposition parties in several states are keeping a round-the-clock vigil on the storage rooms where the EVMs are kept in high security.

This comes amid complaints of alleged tampering of EVMs and protests in Uttar Pradesh.

However, ECI refuted the allegations and said the EVMs have been kept in safe custody under tight security vigil.

Meanwhile, the ECI said a 24 hour EVM control room has been made functional at Nirvachan Sadan, headquarters of the ECI, to monitor complaints relating to polled EVMs.

Sunday marked the last phase of the staggered seven-phase polling across the country that began on April 11. Millions of voters participated in the elections by casting their votes.

Thursday's results will elect 543 members for the lower house of the Indian parliament known as Lok Sabha.

In India's 543-strong lower house, a party or a coalition needs at least 272 seats to form the government.

The election is being seen as a referendum on incumbent Prime Minister Narendra Modi, who is seeking a second consecutive term. He is facing tough competition from 48-year-old Rahul Gandhi — the fourth generation scion of India's powerful Nehru-Gandhi clan.