As Hong Kong Children’s Choir steps into its 50th year, core members of the hallowed institution tell Li Meng why not being overly competitive can be an advantage. 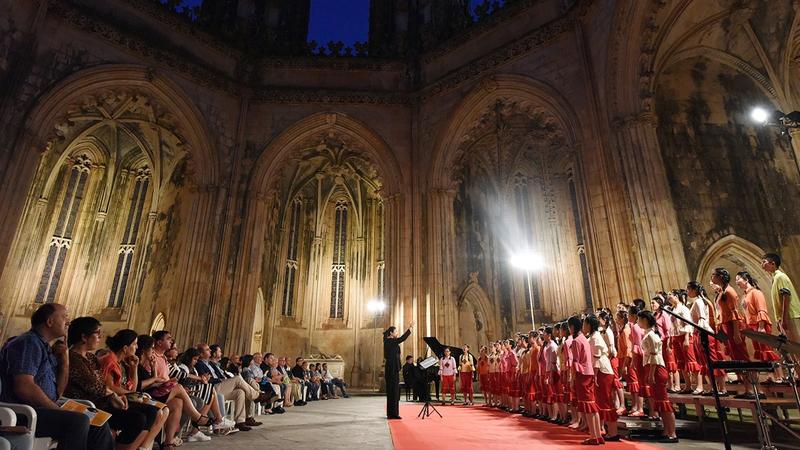 The Hong Kong Children’s Choir (HKCC) turns 50 this year. Since 1969 the well-known music institution has made constant contributions to arts education in this city through local concerts, overseas tours and a multitude of cultural exchange programs. According to Kathy Fok, music director and principal conductor of the HKCC, the choir has “grown up together with the city.”

Fok joined the choir in 1995 and was appointed music director two years later. In the past 24 years, she has witnessed the HKCC develop into the biggest choir in the world, with more than 100 professional tutors and over 5,000 members. “I spent all my youth here,” Fok says with a laugh.

Trained as a choral conductor as well as a composer in the US, Fok returned to her hometown Hong Kong in the 1990s and has since involved herself in nurturing young music talents in this city. She contends that child singers have the purest and most angel-like voices. “They have not yet been limited by established styles,” says Fok. “Hence, there exists a lot of space for us to explore together and find their unique sound.”

According to Fok, she and her colleagues at the HKCC have devoted themselves to not only helping young talents to become professional choir singers but also nurturing their sense of team spirit and confidence. 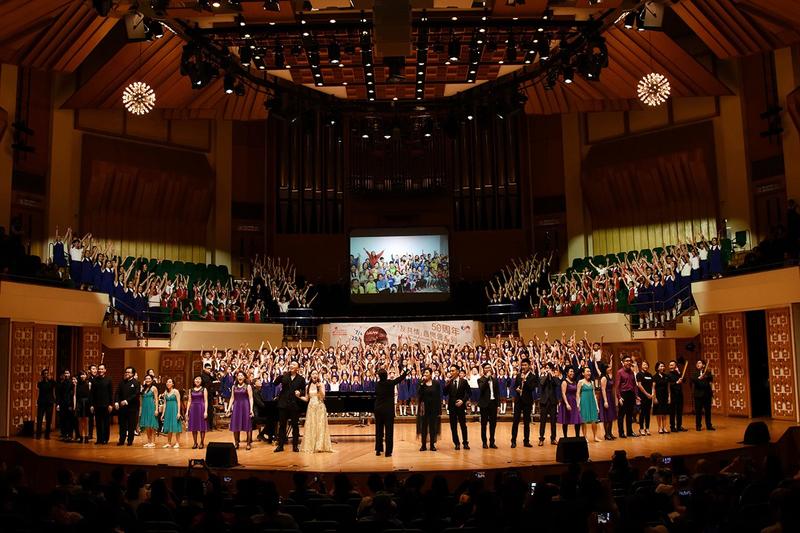 The “HKCC & Friends” concerts, held as part of the choir’s 50th anniversary series, has resulted in overseas collaborations. (PHOTO PROVIDED TO CHINA DAILY)

One of the senior members of the HKCC, Rosella Tang joined the organization when she was five. Over the past 11 years, not only has she improved her singing techniques and skills, she’s also forged a few solid friendships within the choir. The 16-year-old fondly remembers her interview before joining the choir. “I was quite nervous at first. However, after I started to sing, all the anxiety and nervousness faded away.”

Harvey Lok, also a senior member of the HKCC, says he’s delighted that the choir provides him with a platform to display his talents both as a singer and conductor. Around two years ago, Lok performed as a student conductor at an HKCC concert. “I indeed felt nervous before standing on the podium, but what impressed me most was how I overcame the tension and collaborated with other team members to explore the beauty of music pieces,” he says. After his debut as a choir conductor, Lok has spent more time and energy attending conducting courses. Thanks to the encouragement of Fok and other HKCC tutors, he has taken the first step in realizing his music dreams.

In 2014 International Federation for Choral Music (IFCM) named the HKCC as one of its ambassadors. In the recent years the choir is frequently invited to perform overseas, gaining wide international acclaim. German critic Gerhard Schreiber once described the HKCC as “Little Goodwill Singing Ambassadors”, calling it “one of the best children’s choirs in the world”. 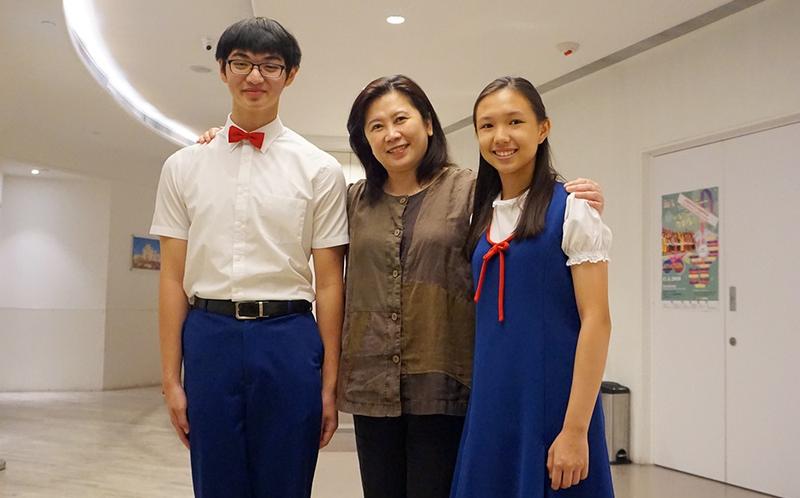 Last summer, Lok and other senior choir members went on a 14-day performance tour to Estonia and Finland. As a part of “HKCC & Friends” concert series, singers from Hong Kong cooperated with their counterparts from the Tapiola Choir to perform well-known numbers from the western canon as well as pieces written by Asian composers. “While we sang Children of Light, a poetic piece by Singaporean composer Darius Lim, I could not help but sing in tears,” Lok recalls. “We were totally moved by the beautiful melody and the passionate audiences.”

Fok says HKCC members get a chance to expand their visions during overseas performances. They also experience various cultures, meet new people and make friends, bringing Hong Kong music to different countries and areas. “Music has the power to cross boundaries,” she says.

While some choirs and music organizations aspire to improve their reputation and popularity by frequently participating in competitions, the HKCC adopts a different philosophy. Fok and the tutors do not push choir members to join competitions. Fok contends that music should not be judged or appraised by certain standards. “If we spend most of our time practicing songs in the competition repertoire, we might fail to explore the true beauty of music,” she says. Instead of chasing after medals and prizes, Fok and her colleagues put the greatest value on developing the aesthetic sense and personalities of their young singers.

“Choral music is not merely about notes and rhythm. It is about cooperation, bonding, and mutual respect and understanding between individuals,” says Fok.