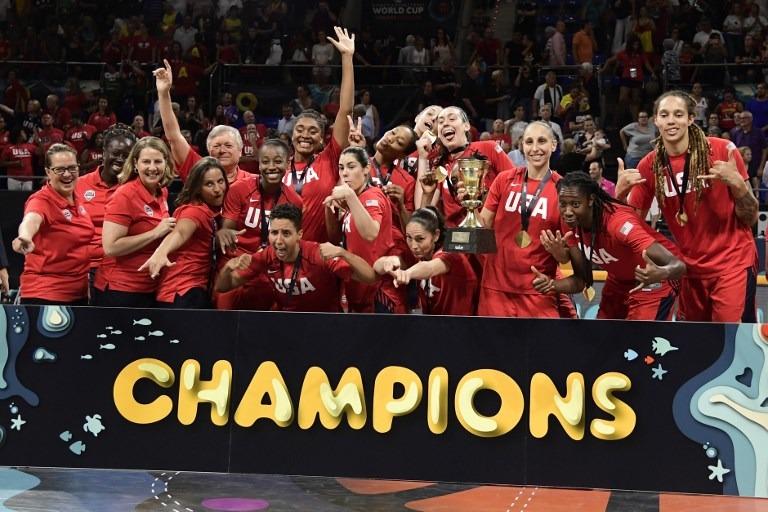 TENERIFE - Basketball powerhouse the United States claimed their unprecedented third straight title after powering past Australia 73-56 in the final, while China lost the fifth place classification game to France 81-67 at the 2018 FIBA Women's World Cup here on Sunday.

It was the 10th time for the US to stand atop the podium of the tournament since its inauguration in 1953, with the name of Basketball World Championship for Women prior to the 2018 edition.

Sunday's victory was also the 22nd straight win for the US as their most recent loss dated back to the semifinals in 2006.

The US caught fire beyond the arc with consecutive three-pointers from Breanna Stewart and Diana Taurasi and stormed to a 10-0 spurt, before Katie Ebzery snapped Australia's scoreless streak in almost four minutes.

Australian world-class center Liz Cambage, coming into the match with an average of 27.2 points, was restrained at both ends by her counterpart Brittney Griner, who converted a three-point play in front of Cambage. Australia came back into contention late in the first quarter, cutting the US lead to five points. 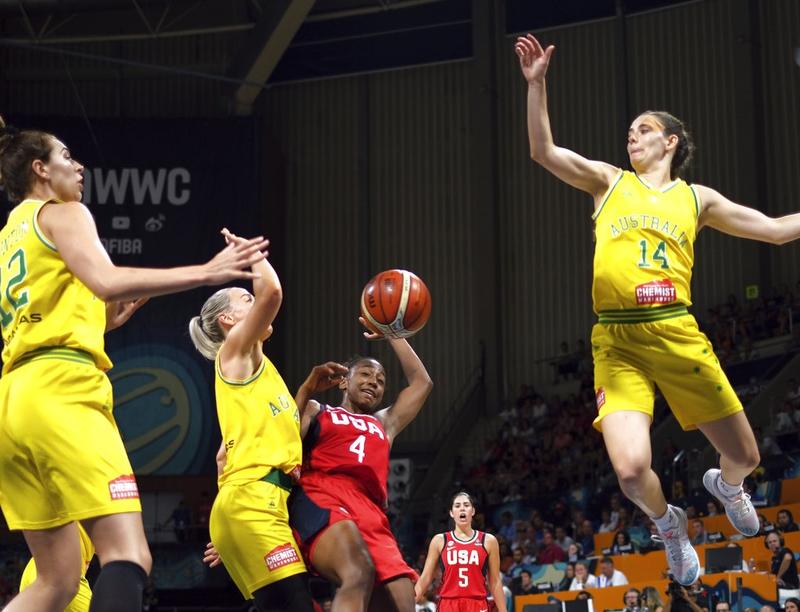 Jewell Loyd of the United States, second right, and Alanna Smith of Australia, second left, fight for the ball during the Women's basketball World Cup final match between Australia and the USA in Tenerife, Spain, Sept 30, 2018. (ANDRES GUTIERREZ / AP)

Leading 35-27 into the halftime, the defending champions pulled away with a 9-0 run capped by Griner's hook shot.

Although Alex Bunton's second chance basket ended Australia's scoring drought in more than five minutes, the US maintained and even extended their margin over 20 points.

Australia never came closer than 19 points in the final period until the three-pointer buzzer made by Tess Lavey to set the final score at 73-56.

The US have automatically secured a spot at the 2020 Tokyo Olympic Games as the current world champions.

Stewart is named as Most Valuable Player of the tournament and included in the All-star Five with Taurasi. Other three members in the squad are Cambage, Emma Meesseman of Belgium and Astou Ndour of Spain. 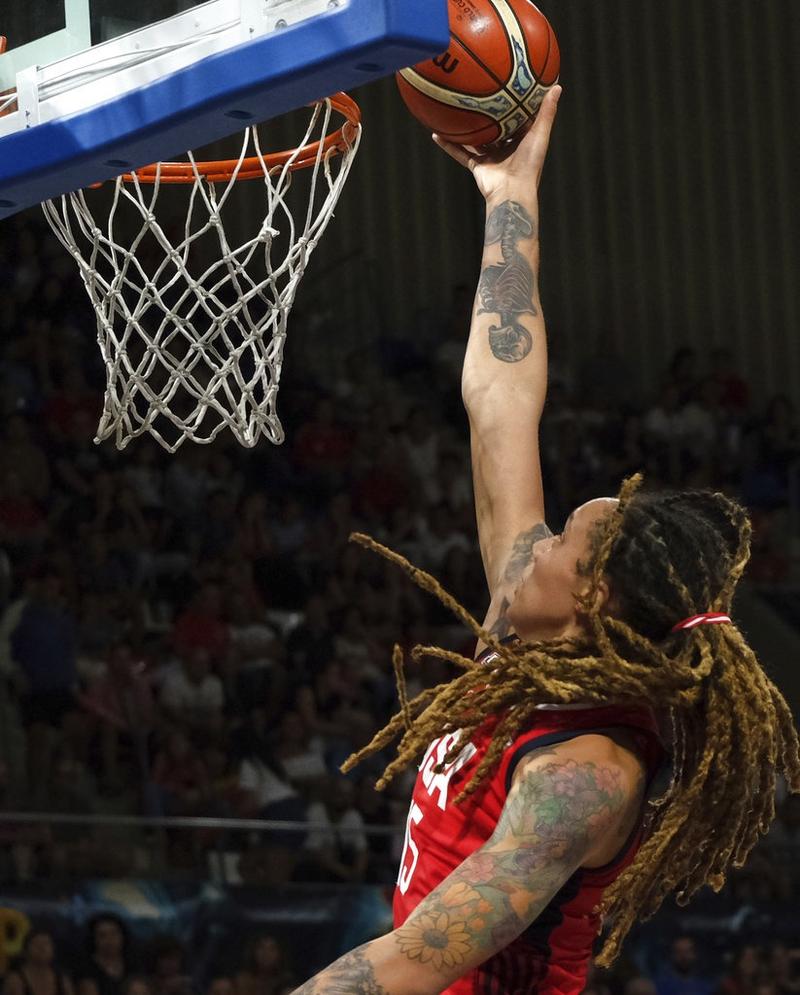 Brittney Griner of the United States dunks the ball during the Women's basketball World Cup final match between Australia and the USA in Tenerife, Spain, Sept 30, 2018. (ANDRES GUTIERREZ / AP)

China teared up France's sluggish defense to build a 12-5 lead six minutes into the match, and Shao Ting's two baskets spearheaded another 11-0 run to set the score 25-11 later on, but the world No. 3 team France bounce back with eight of following ten points to trail 19-27 as the first quarter ran out.

China just nailed one point through Han Xu's free throw in more than eight minutes, seeing their eight-point relinquished following a 16-1 run by France in the second quarter. 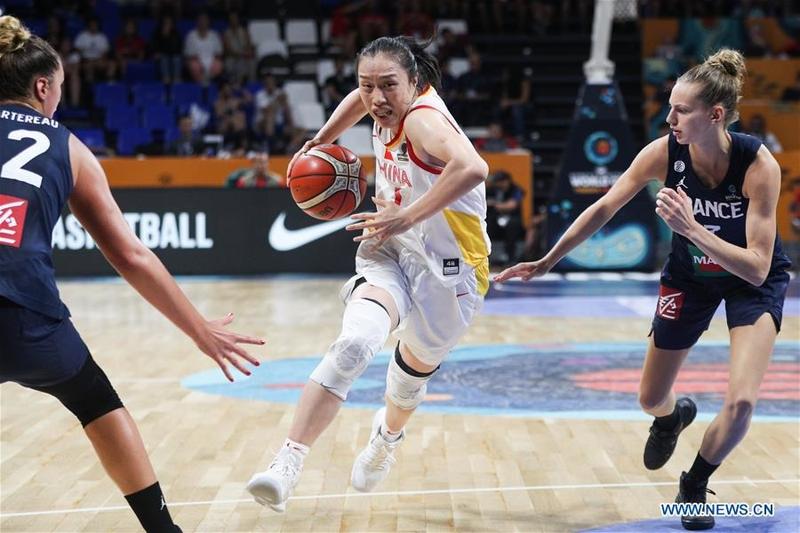 At 50-49 down, France scored the final 12 points late in the third quarter, capped by Romane Bernies' three-point play, and maintained their double-figure advantage throughout the final 10 minutes.

Following their best result of runners-up at the tournament in 1994, China have finished sixth three times, in 2002, 2014 and this year.

Spain could get solace from their semifinal loss as they cruised past debutantes Belgium 67-60 in third place playoff. Marta Xargay hit a crucial three-pointer with 38 seconds from time to seal Spain's win.

Canada finished seventh after edging Nigeria 73-72. Despite the loss, Nigeria had already made history, becoming the first African team into the World Cup quarterfinals.