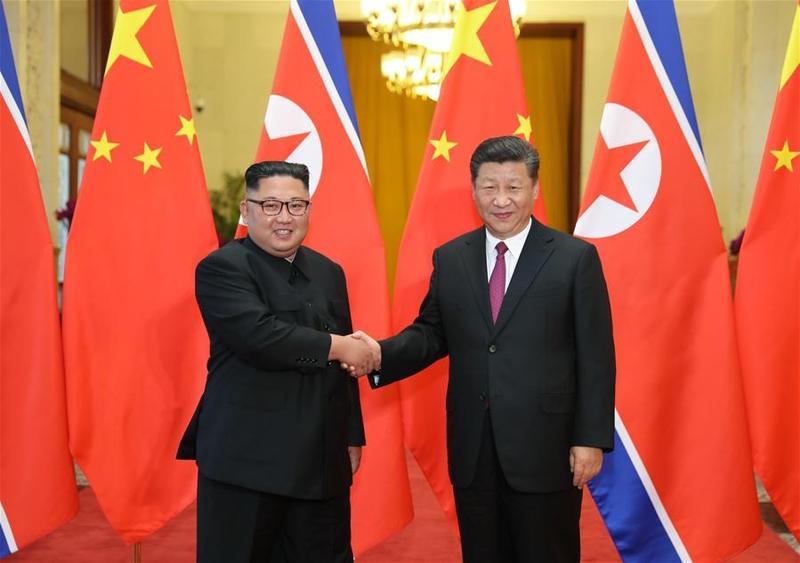 In this June 19, 2018 photo, Xi Jinping, general secretary of the Central Committee of the Communist Party of China (CPC) and Chinese president, shakes hands with Kim Jong-un, chairman of the Workers' Party of Korea and chairman of the State Affairs Commission of the Democratic People's Republic of Korea (DPRK), in Beijing, China. Xi congratulated Kim, the Workers' Party of Korea (WPK) and the DPRK government and people on the country’s 70th founding anniversary on Sept 9, 2018. (JU PENG / XINHUA)

BEIJING – Chinese president Xi Jinping on Sunday sent a congratulatory message to top leader of the Democratic People's Republic of Korea (DPRK) Kim Jong-un on the 70th founding anniversary of the DPRK.

Mentioning his three meetings with Kim Jong-un this year, Xi Jinping said they have clearly charted the development direction of bilateral relations

In his message, Xi said the people of the DPRK have attained remarkable achievements in the cause of socialist revolution and construction over the past 70 years.

"In recent years, comrade chairman has led your party and people into taking proactive measures in social and economic development and achieved important results, and the development of socialism in the DPRK has entered a new historical stage," Xi said, "I'm really pleased to see all this."

Xi stressed that China and the DPRK are friendly neighbors linked by a mountain and rivers, and the China-DPRK traditional friendship forged and cultivated by the two countries' older generations of leaders is precious treasure shared by both sides. 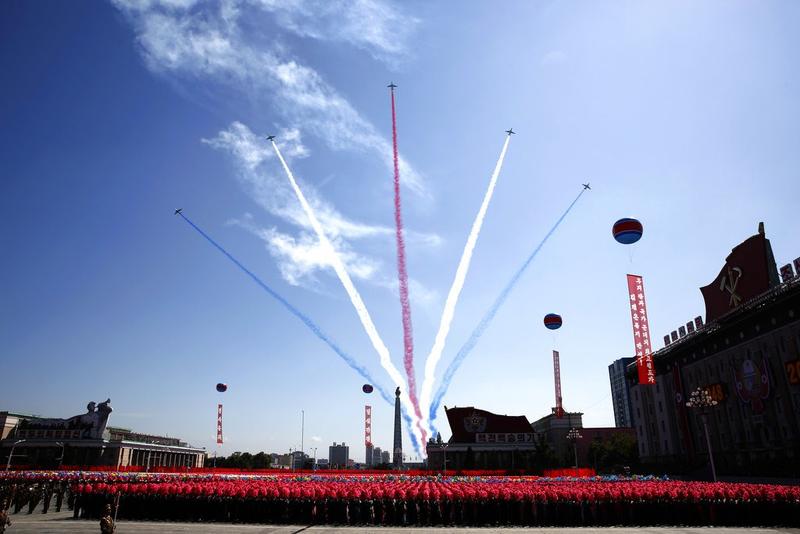 Airplanes with trails of colored smoke perform during a parade for the 70th anniversary of the DPRK’s founding day in Pyongyang, Sept 9, 2018. (KIN CHEUNG / AP)

The CPC and the Chinese government attach great importance to the China-DPRK friendly cooperative relations, unswervingly committed to maintaining, consolidating and developing such ties, Xi added.

Mentioning his three meetings with Kim this year, Xi said they have clearly charted the development direction of bilateral relations.

"I am willing to work hand in hand with comrade chairman to promote the China-DPRK relations for long-term, healthy and sound development so as to benefit both countries and both peoples and to boost regional peace and security," the Chinese president said.

Xi said he sincerely hopes that the DPRK people will attain greater achievements in national development and construction under the leadership of Kim and the WPK.

The Chinese president sincerely wished the DPRK prosperous and its people happy and safe.