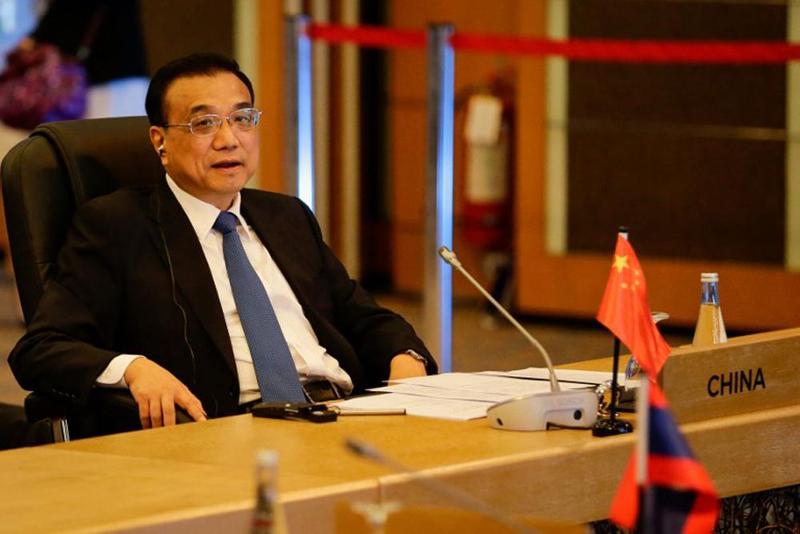 MANILA – China proposes the formulation of a vision for strategic partnership between China and the Association of Southeast Asian Nations (ASEAN) toward the year 2030 to upgrade cooperation, Chinese Premier Li Keqiang said Monday.

Speaking at the 20th China-ASEAN (10+1) leaders' meeting in the Philippines’ capital, Manila, Li said the vision will upgrade the China-ASEAN cooperation framework from 2+7 to 3+X.

China-ASEAN cooperation will have more global substance and build a new exemplar for South-South cooperation.

The "2+7" refers to a cooperation framework proposed by Li in 2013 at a meeting with ASEAN leaders in Brunei. It emphasizes a two-point political consensus – enhancing strategic trust and promoting economic cooperation – and seven fields of cooperation, including trade facilitation, interconnectivity and security exchanges.

Meanwhile, “3+X”, using the letter X in math to represent the unknown, means China and ASEAN will touch many fields while focusing on three pillars – political security, economy and trade, and people-to-people exchange.

It is a consensus of the ASEAN nations that China-ASEAN relationship is the most vibrant and has the richest contents among the relationships ASEAN has with its partners, he said.

China was the first major country outside the bloc to endorse the Treaty of Amity and Cooperation in Southeast Asia to form a strategic partnership with ASEAN and to start free trade area talks with it.

China and ASEAN have firmly maintained their relationship in a good neighborly and friendly direction and properly handled sensitive issues through dialogue and consultation so as to always keep bilateral relations on the right track, said the Chinese premier.

Consultations on Code of Conduct in S. China Sea

China and ASEAN will start consultations on the text of the Code of Conduct (COC) in the South China Sea, Premier Li said.

China, which has most of its freight of foreign trade passing through the South China Sea, wants peace and stability for that area more than any other country, he said.

The Chinese premier said China is committed to maintaining peace and stability in the South China Sea and resolving territorial and maritime rights disputes with parties directly involved through negotiations and in a peaceful manner.

Such a stance would never change, he added.

China, he said, expects to work with ASEAN countries on the basis of friendly negotiations to fully and effectively implement the Declaration on the Conduct of Parties in the South China Sea (DOC) and to push for consultations on the COC.

At the ASEAN foreign ministers' meetings in August, China and ASEAN countries drew up and approved the framework of the COC, saying they would initiate substantive consultations on the code's text within the year.

The framework, Li said, epitomizes the consensus on the COC key elements reached by all parties and is an important outcome of their consultations already carried out.

"Through consultations on the COC, we hope that all parties could enhance their mutual understanding and trust, and strive to adopt the COC at an early date on the basis of consensus and make it a stabilizer of peace in the South China Sea," said the Chinese premier.

Li arrived in the Philippines on Sunday for an official visit to the country and for a series of leaders' meetings on East Asian cooperation. In Manila, he will also attend the 20th ASEAN-China, Japan and South Korea (10+3) leaders' meeting, as well as the 12th East Asia Summit.