Financial hub can provide spur for Belt and Road Initiative 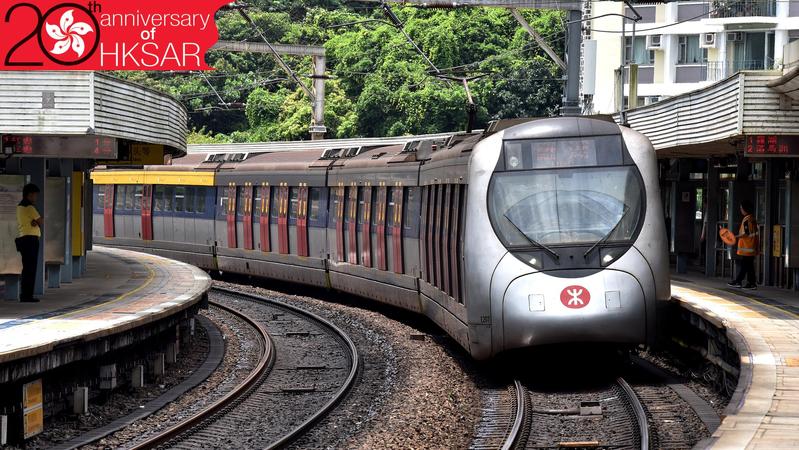 As part of the celebrations to commemorate the 20th anniversary of Hong Kong's return to the motherland, the financial hub is hoping to gain momentum from the Chinese mainland to orchestrate Belt and Road Initiative undertakings.

"After years of theory and the construction of a mechanism, this year, we have seen the grand plan essentially get off the ground," said Cheng Shi, head of research at ICBC International Holdings.

The development was underscored by the high-level Belt and Road Forum for International Cooperation, held in Beijing last month and attended by 29 head of states and delegates from more than 130 nations, which saw 270 agreements concluded.

The Belt and Road Initiative, first mooted in 2013 by President Xi Jinping, involves 60 countries and regions. It aims to build an interconnected network of expressways, along with rail and logistics lines to link land and sea ports, special economic zones, industrial corridors and transportation hubs, from the Chinese mainland to Europe, Africa and other parts of Asia.

At the two-day summit, MTR Corp, which operates Hong Kong's public transport network, unveiled a plan to partner with the State-owned China Railway Corp to bid for a contract to build a high-speed railway that will link Singapore and Kuala Lumpur, the capital of Malaysia.

The move is the first Belt and Road-related investment project for MTR, which has a long track record of global business expansion, including winning the franchise to run South West Trains in the United Kingdom for seven years. It also underscores Hong Kong's potential as a leading exporter of public services management and operational expertise along the route.

Yet, the flagship MTR brand is not the whole story of Hong Kong's involvement in the initiative. As a world-renowned financial hub, the city's role in the initiative is defined by its leading edge in the financial sector - one of the pillars of its economy, Cheng said.

The massive trade and infrastructure project will deliver China's recipe for today's global markets, where rhetoric and mentality point to the rise of neoconservatism, isolationism and populism and threatens to set back the decades-long trend of globalization, he added.

The nature of finance, known for its flexibility, soft power and potential high efficiency, may stand as a driving force for all parties to put aside political and cultural differences and get back to the negotiating table.

"This is where the Chinese mainland could come as it looks for a leading role in the Belt and Road push," Cheng said. "As a world-famous financial center, in particular, Hong Kong has what it takes to play a bigger part in this megaproject."

In the past three years, China has poured more than US$50 billion into countries and regions participating in the initiative, setting up 56 economic and trade cooperation zones across more than 20 countries, generating more than US$1 billion in tax revenues and creating 180,000 jobs for the nations involved.

At the Beijing summit, Xi pledged an additional 780 billion yuan (US$114 billion) for the initiative, including 100 billion yuan for China's Silk Road Fund and 380 billion yuan in new lending for participating nations.

China's promises of infrastructure financing echo a widening funding gap that's predicted to rise to as much as US$20 trillion by 2030 across the globe, an issue with great resonance in developing countries. Such a gap could translate into financing needs of roughly US$2 trillion every year, half of which cannot be satisfied.

"The Belt and Road Initiative is anything but a lavish philanthropic program. With a huge raft of infrastructure projects ready for construction or on the table, the initiative brings ready capital and expertise, delivering a winning growth formula for infrastructure-hungry countries along the route and with other participating nations," Cheng said.

He believes the pioneering role of finance in defining the mainland's leading position in the promotion of the Belt and Road Initiative fits well with Hong Kong's edge as a financial hub.

Peter Wong, deputy chairman and chief executive at HSBC Asia-Pacific, said: "As a member of the Asian Infrastructure Investment Bank, Hong Kong is playing a leading role in delivering the financing and expertise that Belt and Road projects need.

"As the Belt and Road Initiative promotes greater international use of the renminbi for trade and investment, Hong Kong is ideally positioned to benefit as the world's leading offshore renminbi centre," he added.

Potential obstacles, if any, may come from a lack of understanding of the grand plan itself.

"The Belt and Road Initiative comes as a national policy calling for the hard work of generations. If Hong Kong cannot dispel prejudice and look at the initiative on a long-term basis, it could miss out on the golden opportunities close to hand," Cheng said..