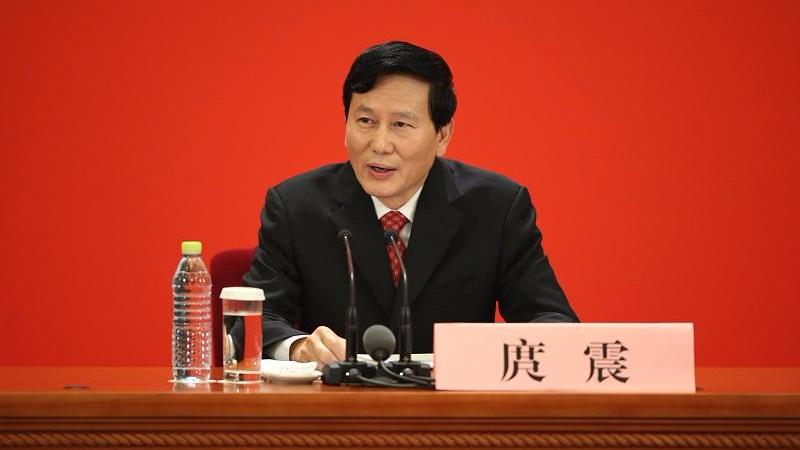 Tuo Zhen, spokesman for the 19th National Congress of the Communist Party of China, holds a press conference at the Great Hall of the People in Beijing, Oct 17, 2017. (JIN LIWANG / XINHUA)

China is fully confident that under the strong leadership of the Communist Party of China Central Committee it will win the battle against poverty on time, Tuo Zhen, spokesman for the 19th CPC National Congress, said on Tuesday.

"As to whether we can build a moderately prosperous society, the key lies in the rural population. It depends on whether the population of poor living in rural areas can be lifted out of poverty," he said.

We will emphasize real efforts, real progress and real results in poverty alleviation

To lift all the rural population living in poverty by 2020 is a solid commitment made by the Party and has to be achieved, Tuo added.

Xi Jinping, general secretary of the CPC Central Committee, has said on numerous occasions that no one should be left behind in building a moderately prosperous society in all respects.

In order to win the battle against poverty, the CPC Central Committee and the State Council have rolled out a series of measures and united the efforts of the whole Party and country in advancing poverty alleviation since the 18th CPC National Congress opened five years ago.

Xi, who is also president, has presided over 17 important meetings and conducted 25 surveys on poverty alleviation.

Between the end of 2012 and the end of 2016, the number of people living in poverty has dropped from 98.9 million to 43.3 million, down by 13.9 million per year on average. Noticeable progress has already been achieved in poverty alleviation, he said.

Those who commit acts of dishonesty and fraud in poverty alleviation will be held accountable, he added.