By Indrajit Basu in Kolkata 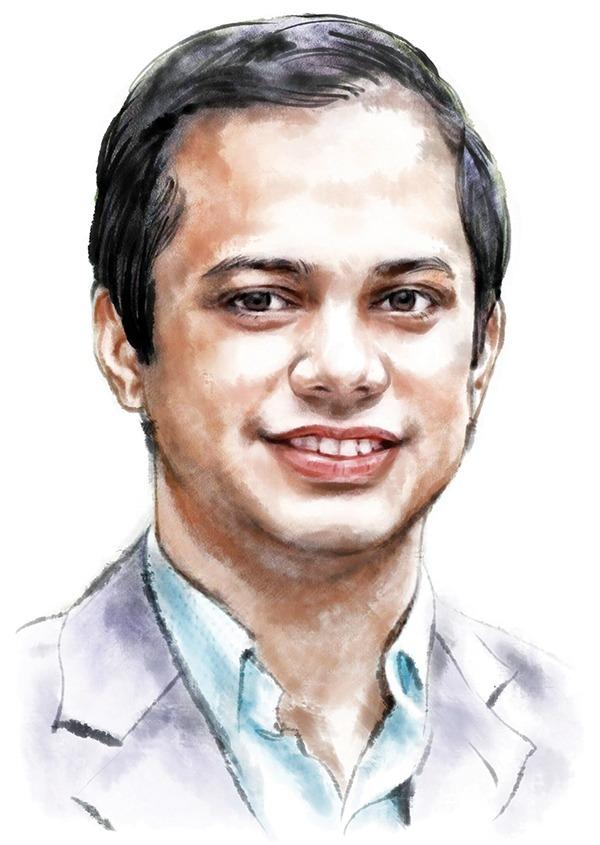 It distresses Minhaj Chowdhury that thousands die every year from arsenic poisoning in Bangladesh.

Although born in Dallas, Texas, in the United States, as a child Chowdhury used to visit Bangladesh every summer with his parents, who emigrated from the South Asian country. It was during these visits that he realized the magnitude of arsenic contamination in the region’s water.

Chowdhury, 28, sees the widespread contamination of water by arsenic and fluoride in “vast swathes” of the eastern Indian subcontinent as a personal challenge. Eager to “do something about it”, he is transforming the crisis into an entrepreneurial opportunity for scores of rural Bangladeshis, and Indians.

Despite millions of dollars being spent to address water contamination over the past three decades, more than 48 million people in India and Bangladesh are affected by widespread arsenic poisoning due to drinking water from contaminated underground sources, Chowdhury said.

“In fact, my grandfather, who passed away before I was born, succumbed to a water-related disease as well. So this huge problem of vast swathes of the country (with) unsafe drinking water was always in the back of my head,” said Chowdhury.

“This is why I decided to study public health in my college (Johns Hopkins University, in the US).”

In 2009, while still at college, Chowdhury received a grant to distribute 100 water filters in Bangladesh to remove arsenic from groundwater. His team developed filters for household use, but they failed to live up to his expectations.

“Out of the hundred filters we installed, only three were found to be working when we visited to do a field check about three years later,” Chowdhury said. “We found the biggest reason why all the 97 (filters) had to be scrapped was that while the technology worked well, there was no after-sales service for those imported filters. So, when the (filter systems) broke down, there was no one to fix them.”

He also found that the users, who were largely illiterate, did not know how to properly use and maintain the filters.

“The other problem was that, since the filters were distributed free, there was no mind-set of spending money on their repairs,” he said.

The next year, Chowdhury tried other methods, such as the installation of filtration plants on thoroughfares. But those too failed to make an impact.

“That’s when I realized that the region needed a uniquely tailored solution for its problems,” he said.

He returned to Bangladesh as a Fulbright Scholar with BRAC USA, an affiliate of the giant anti-poverty group BRAC (formerly named the Bangladesh Rural Advancement Committee), to understand why his projects continued to fail and to pinpoint the issues “driving the failure”.

In 2012, while attending a conference organized under the Fulbright Program in Kochi, Southwest India, Chowdhury met Indian technologist Dr Arup K Sengupta. A chemical engineering professor at Lehigh University in the US for more than 25 years and a Fulbright Scholar from India, Sengupta had invented a novel filtration technique.

“(Sengupta’s) approach, I found, was more suitable for (tackling) the problems (faced by) Bangladesh and India, because it involved a whole community in setting up a filtration plant, which is either funded by grants or donations or self-funded by the community,” Chowdhury said.

“The users would also buy the water that would pay for the filtration plant’s upkeep and maintenance,” he said.

In May 2013, Chowdhury, along with Sengupta and a few other technocrats, established Drinkwell in the eastern Indian state of West Bengal. The company was strategically located near the Bangladesh border.

“I chose West Bengal to set up the new company because Dr Sengupta was already running a few instances of his invention there, which would help me capitalize on the new technique.

Drinkwell’s solution is notable, Chowdhury added, for being not only a novel filtration system but also a franchise model that provides employment to poor communities.

However, unlike the most commonly used technologies like reverse osmosis where more than 50 percent of the water is wasted, Drinkwell’s technology assures 99 percent recovery since the process involves filtration through resin.

Running the system is simple too, with the only electrical component being a pump to lift water from the ground to the overhead tank. The rest of the filtration is done completely through the force of gravitation.

“This (method) works wonders in the energy-starved regions where availability of electricity is irregular,” Chowdhury said.

“Drinkwell is the only company in the world to use a resin-based generable adsorbent to filter water.”

Each resin filter, according to Drinkwell, lasts about five years and can even self-generate and recharge during the period.

“Between 2013 and today, we have already installed 32 systems in the region and another 102 projects of various sizes are in the making,” said Chowdhury.

The projects are funded by United States-India Science & Technology Endowment Fund (USISTEF), an India-US joint initiative for the promotion of innovation and entrepreneurship through the application of science and technology.

USISTEF’s activities are implemented and administered by the Indo-US Science and Technology Forum, established by the Indian and US governments in 2000. The forum granted US$400,000 to fund these projects.

Drinkwell’s capital expenditure is also supported by industrial conglomerates like the Tata Trusts, various aid agencies, and the public health departments of state governments in India and Bangladesh.

“We never compromise on the operation and quality of the (water filtration) plants. We ensure that the entire system is cash-flow positive from month one,” said Chowdhury.

In other words, before installing a water filtration system, he ensures there is enough customer demand, so that the system can operate without subsidy.

“We employ a rigorous onsite selection process based on what we call ‘5 As’,” Chowdhury said.

These are: Awareness, to figure out consumers’ awareness of the water problem and its extent; Affordability, to ascertain whether the community can afford to buy the water; Access, to ensure the plant or water is within easy reach for high utilization; Ability, to ensure local entrepreneurs can provide the filtered water; and After-sales service, to ensure the systems stay up and running.

“We serve about a quarter million (people) now in a handful of villages, but the target is to reach 5 million by 2020 across 5,000 villages.”

Chowdhury, who now spends much of the year traversing the arduous rural and semi-urban regions of Bangladesh and India, loves the fact that he has gone back to the “hustle and bustle of life”.

“The irony is that years ago my parents, who originate from Bangladesh, moved to the US to, at least theoretically, provide a better life for my sister and me. But I have now gone back to Bangladesh and my parents visit me there,” he said.

“The chaos all around — in Bangladesh and India — offers a different form of excitement. I think I am wired a bit strangely.”

2011: Fulbright Fellow to Bangladesh with BRAC, an international development organization based in Bangladesh

2014: Recognized as a fellow by Echoing Green, a nonprofit organization that provides fellowships, seed funding and strategic support to social entrepreneurs

2014: Won the US$100,000 Diamond Award, instituted by MassChallenge, a startup accelerator with a focus on early-stage entrepreneurs

What has been your biggest challenge?

Drinkwell's team originally created a non-profit company, where the biggest problem we faced was getting funding from public health departments that only fund for-profit systems. Working with governments also means long delays in order execution, and payments. We created a for-profit business model that protected us from these delays by licensing our product to existing engineering, procurement and construction firms who were used to such payment lags.

Do you have expansion plans for Drinkwell?

We have initial systems running in Cambodia, Nepal, Laos and Kenya, but we want to be the clear leader in the field of fluoride and arsenic filtration from groundwater before we venture out into other countries. We want to enter other markets through partnerships and we want to establish a track record of success before we reach out to partners in other countries.

What is your most notable achievement so far?

I am particularly proud of the application of this technology in a small backward town in West Bengal, India, where the only source of water had 23 milligrams of fluoride per liter against the World Health Organization’s prescribed maximum limit of 1.5 mg. Imagine the plight of the residents there until 2016 when we installed Drinkwell filters, which have been consistently bringing down the fluoride level to below 1 mg.