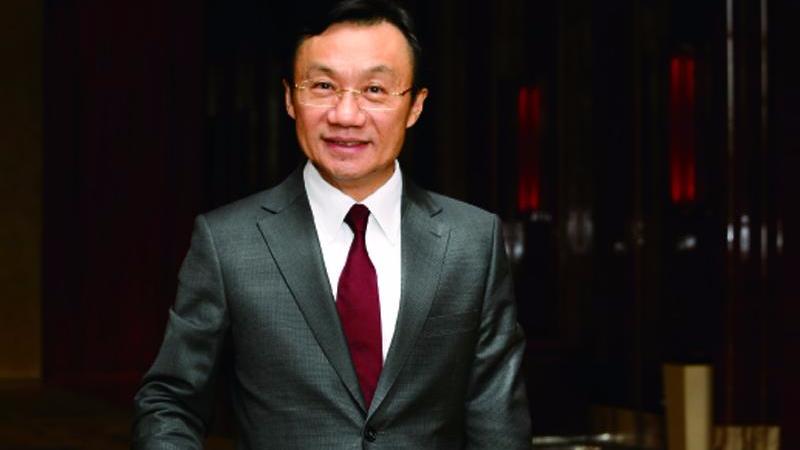 Macao is looking to test its impeccable potential as a cultural and recreational center, having its role well defined in the great story unfolding on the Chinese mainland.

Macao has long been a focal point along the Belt and Road route, and has what it takes to play a pivotal role in the Guangdong-Hong Kong-Macao Greater Bay Area plan

The plans come as the world’s second-largest economy bolsters its vision of reviving ancient trade routes and creating a globally competitive cluster of metropolises in the Pearl River Delta.

“Hailed as a city where East meets West — a place where traditional Chinese culture seamlessly blends with Portuguese and Western ways to create a unique cultural mix — Macao has long been a focal point along the Belt and Road route, and has what it takes to play a pivotal role in the Guangdong-Hong Kong-Macao Greater Bay Area plan,” said Alexis Tam Chon-weng, Secretary for Social Affairs and Culture in the Macao Special Administrative Region Government.

As part of the city’s efforts to polish its brand as a family-friendly tourist destination with mass appeal and a thriving cultural Mecca, Macao has laid on a constant run of festivities. Newly launched events include Wushu Masters Challenge and the International Film Festival and Awards Macao. Time-honored events include the Macau Grand Prix, Macao Galaxy Entertainment International Marathon and Macao International Dragon Boat Races.

The territory has also for six years running hosted the annual Global Tourism Economy Forum — a forum billed as the single most representative non-governmental tourism platform in the world’s second-largest economy and one of the major events in global tourism calendar.

Food serves as a calling-card for culture. In a nod to the territory’s more than 400-year-old culinary legacy, whose cookery is reputed to be one of the world’s oldest fusion cuisines, Macao was designated as a new member city of UNESCO Creative Cities Network in the field of Gastronomy at the beginning of this month.

The designation, coming after more than a year of city-wide preparation, makes Macao among the network’s 19 “Creative Cities of Gastronomy” worldwide, and the third such center in the country, along with Chengdu in Sichuan province and Shunde in Guangdong province that entered the network in 2010 and 2014, respectively.

“Macao now boasts yet another world-renowned status, which is set to offer a contribution to the city that goes beyond gastronomy and tourism,” Tam reckoned. “Utmost efforts will be devoted to promoting Macao’s gastronomy culture that underscores the city’s status as a melting pot known for its vibrant and diverse indigenous cultures.”

The Creative Cities Network covers seven creative fields: Crafts and Folk Art, Design, Film, Gastronomy, Literature, Music and Media Arts. Riding high on the designation, Macao is geared up to explore how culinary and other aspects of culture can fuse to diversify the economy, in its quest for one more growth engine.

As the mainland reinforces the theme of a higher-level of intergovernmental and intercontinental collaboration, Macao, as a long-standing gateway between the country and Portuguese-speaking nations, bets big on having the bilateral relations taken on a new significance, Tam said.

Over the past decade, Macao has been the host city of the Ministerial Conference of Forum for Economic and Trade Co-operation between China and Portuguese-speaking Countries (Macao), known as Forum Macao.

“Since its inception back in 2003, Forum Macao has focused on economic and trade issues without paying much attention to culture-related topics,” Tam noted. “But I am a firm believer that culture could also make a big difference in terms of lifting bilateral ties to a new height.”

At the opening of the Fifth Forum Macao last year, Premier Li Keqiang pledged to set up the Center for Cultural Exchanges between China and Portuguese-speaking Countries in Macao, a bold move which will play to the city’s cultural heritage.

“The city’s vibrant, diverse and indigenous cultures had made it added by UNESCO to its World Heritage List as early as 2005. This speaks volume that cultural tourism sector is certainly where Macao could export its expertise,” Tam told China Daily.

For years, Macao has been joining hands with its counterparts in the Greater Bay Area to resolve a long-term shortage of talents in the tourism sector.

“Looking ahead, Macao will continue to help cities in the Pearl River Delta region groom tourism talents. This marks our own way to underpin the country’s Greater Bay Area grand plan,” he added.