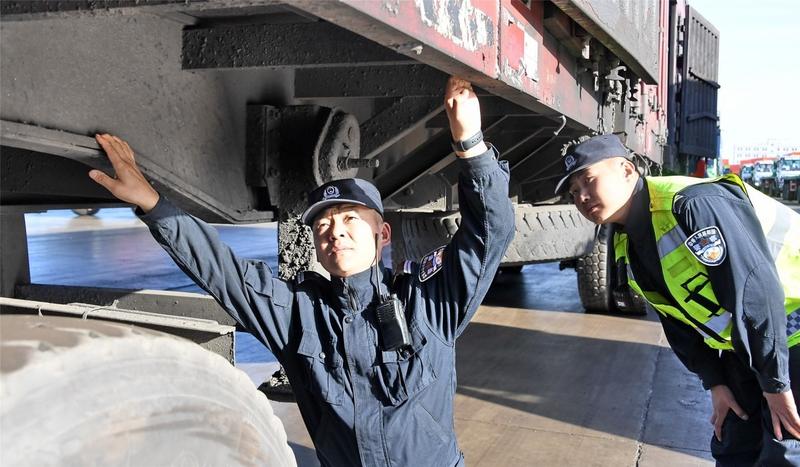 A Chinese driver was badly injured in May, when his car was hit by a heavily loaded truck on the Mongolian side of the China-Mongolia border.

The 39-year-old, who like many members of the Mongolian ethnic group only uses one name, immediately called the nearest hospital on the Chinese side to dispatch an ambulance to the border marker.

"We collected the patient and re-entered Chinese territory at the northern part of the Ganqimaodu Pass in just 10 minutes, saving a lot of time so the patient could be treated at the hospital"

Naranmand, a police officer at the Ganqimaodu Border Inspection Station

"We collected the patient and re-entered Chinese territory at the northern part of the Ganqimaodu Pass in just 10 minutes, saving a lot of time so the patient could be treated at the hospital," he said, adding that the man recovered fully.

As a 20-year veteran at the pass, Naranmand said he is involved in about 20 cross-border rescues every year.

However, emergency operations are extra work, additions to his regular duties inspecting every vehicle-mostly coal trucks-entering and exiting the pass.

Located more than 180 kilometers north of Bayannuur's Linhe district, the Ganqimaodu Pass is a transportation corridor for coal, copper and other raw materials from Mongolia.

The work can be dirty and dusty. Thick clouds of coal dust are visible 20 km from the pass. Officers at the station habitually wear masks, but many experience nasal inflammation and other ailments.

Naranmand walks more than 10 km every day as he checks vehicles and patrols the inspection station. The white mask he dons in the morning is usually black at the end of his shift.

The station's operations began in 1992, and by the end of last year, the crossing had handled more than 100 million metric tons of cargo, making it the land port with the largest transportation volume and highest tariff revenue in China.

Since 1992, the total cargo value has reached 13 billion yuan (US$1.86 billion), accounting for 50 percent of China's trade with Mongolia.

To ensure the security of this essential channel, Naranmand and his colleagues take turns guarding the pass from 8 am to 8 pm every day.

In November 2009, the team seized eight shotguns and 7.82 kilograms of gold from a coal truck entering from Mongolia, marking the biggest seizure of illegal goods since the pass was fully opened to trade in 2007.

"Friends in the secret service alerted me that a vehicle was trying to cross the border to smuggle gold. To prevent that, we scrutinized every single vehicle in the days that followed. Finally, on Nov 23, the contraband was found under the back seat of the truck," Naranmand said. 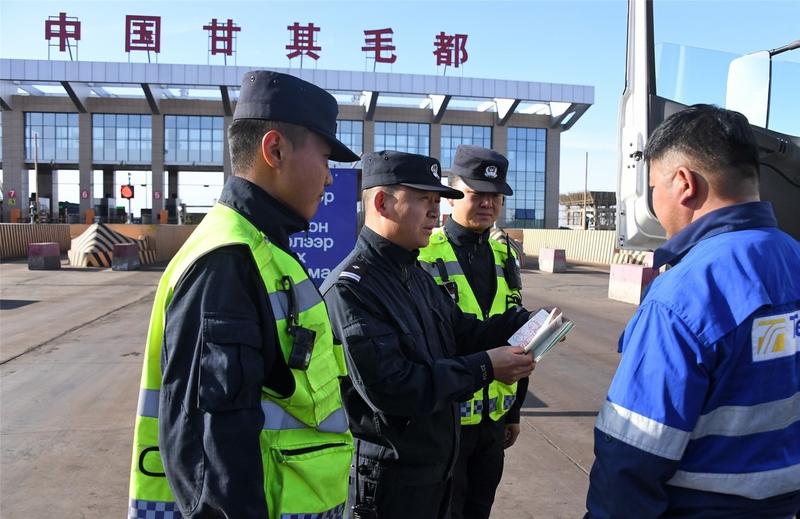 "Meat products from Mongolia have to be cleared before entering China. If not, we define them as illegal goods. But some Mongolians attempt to bring in raw meat or cashmere to trade, catching the tide of the open period," Naranmand said.

"On one occasion I didn't find any suspect goods during a regular car inspection. However, I noticed that the driver was avoiding eye contact and then I saw his traditional Mongolian garments were bulging.

"As he got out of the car, I touched his clothes and detected something underneath. It turned out that he had strapped slabs of mutton to his body with rope, tying them to his chest and waist under his garments to avoid the inspection."

As a native of Inner Mongolia, Naranmand takes advantage of his fluent Mongolian to communicate with cross-border visitors and drivers.

The translations he provides greatly improve the efficiency of customs clearance.

"Many younger members of my team can't speak Mongolian, so I send five sentences in Mongolian each day to our WeChat group for them to learn. A monthly quiz helps them grasp daily conversations," Naranmand said.

Described by colleagues as "a quiet leader with a poker face", he is known as a good father who treats his daughter with great tenderness.

One colleague, Cui Yunlong, said: "I heard him video chatting with his 14-year-old daughter in Mongolian. I couldn't understand every word, but I was touched by his soft voice, which should be echoed by all fathers."

Five years ago, Naranmand established a foundation to support impoverished children and students.

In 2017, the foundation donated about 5,000 yuan to Yang Yanzhen, a senior middle school student in Bayannuur, who later enrolled at Beijing Wuzi University.

"The school things I bought with the money were certainly helpful, but what's more important is that I worked really hard for the gaokao (the national college entry exam) to make sure I didn't let people down," said Yang, who is in her sophomore year.

READ MORE: China-Mongolia relations said to be on fast track

"To be honest, other people refused to sponsor me, partly because I don't say much, so I'm really grateful for the foundation's donation," she added.

"The officers work in a challenging environment, but they were still willing to lend a hand."