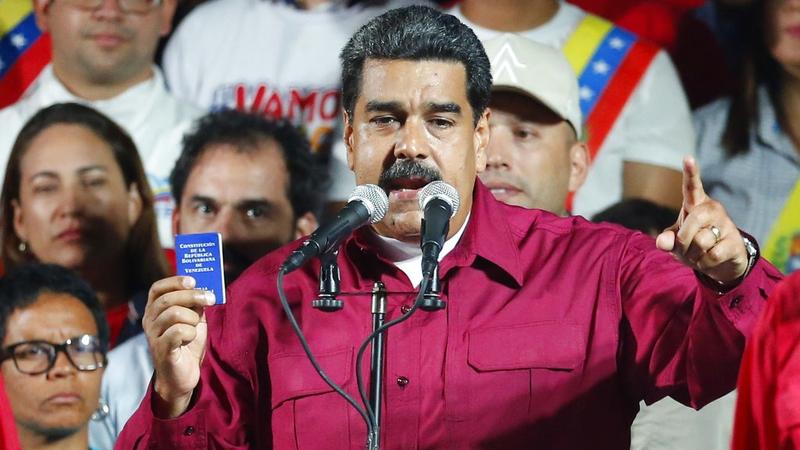 Venezuela's President Nicolas Maduro, holding a copy of the country's constitution, addresses supporters at the presidential palace in Caracas, Venezuela, after electoral officials declared he was re-elected on May 20, 2018. (ARIANA CUBILLOS / AP)

CARACAS - Venezuelan President Nicolas Maduro on Sunday secured a second six-year term in the election and called on opposition groups to solve the country's political crisis through dialogue.

Over 8.6 million Venezuelans went to the polls, putting voter turnout at 46.01 percent. 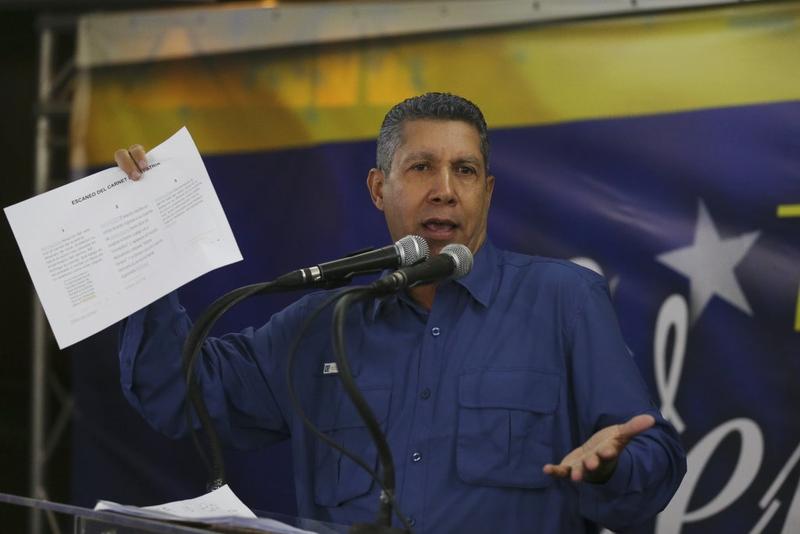 The announcement was made when the CNE counted more than 92 percent of ballots.

Lucena said voting progressed smoothly throughout the day, adding that "there were no regrettable incidents" to mar the electoral process.

However, both Falcon and Bertucci denounced alleged voting irregularities minutes before the CNE issued its first official report.

According to Falcon, 87.6 percent of voting stations were close to so-called "red points," government-organized centers used to mobilize the vote in favor of the ruling United Socialist Party of Venezuela (PSUV), though he provided no proof to back up the claim.

"In addition, we have 91,732 complaints" from Falcon supporters "who were not allowed to access voting stations," the rival candidate said, adding that he would not recognize the official outcome.

However, Bertucci told reporters at a press conference that "if the results are very close, we are going to contest them; if the margin is very wide, we will have to concede." 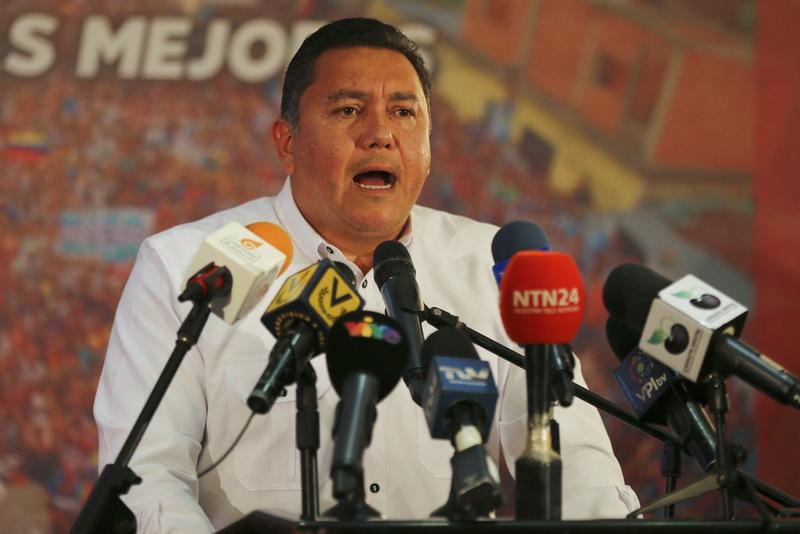 Minutes after the electoral body issued its announcement, Maduro celebrated the results, saying "it has been a day of a beautiful victory."

He congratulated Venezuelans for their election participation and called on opposition leaders, including former opposition candidates, to take part in constructive dialogue to promote national peace and prosperity.

Born on Nov 23, 1962 in a working-class family in the capital Caracas, Maduro went on to work for seven years as a bus driver for the city's Metrobus transit system. There, he founded the Caracas Metro Union and also served as coordinator of the Bolivarian Workers Force. 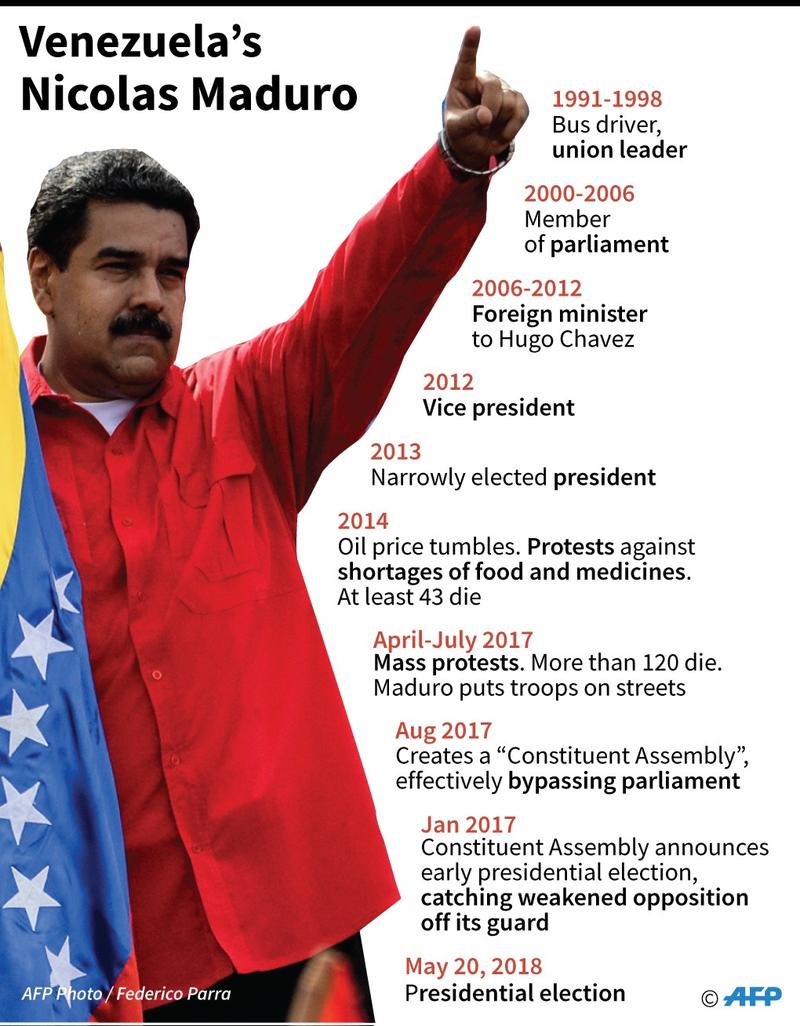 An AFP graphic shows a profile of Nicolas Maduro.

It wasn't until an attempted coup on Feb 4, 1992 by the Chavez-led Revolutionary Bolivarian Movement that Maduro began his political activism alongside Chavez.

Maduro's administration faced turbulence during his first term in office as the right-wing opposition staged violent protests against him and the Western countries imposed economic sanctions on the country.

He has also spearheaded economic reforms to diversify the economy, which has long relied on the revenue generated by oil exports.

During the presidential campaign, Maduro stressed that he would continue strengthening social programs and boost production to overcome economic crisis.