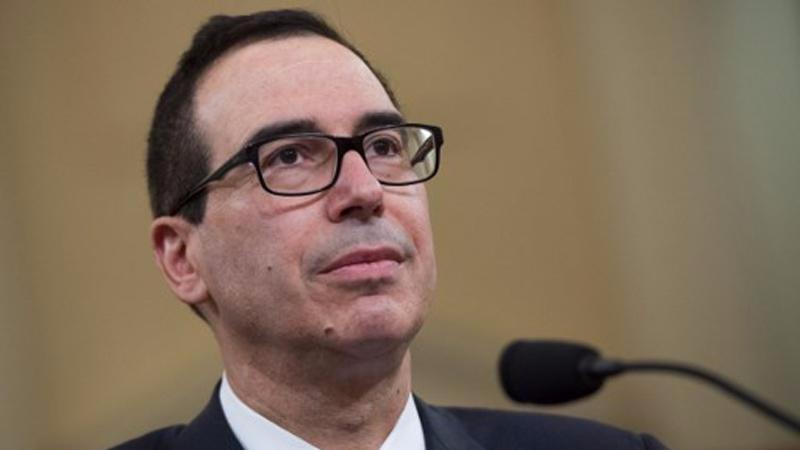 US Secretary of Treasury Steven Mnuchin testifies on the Fiscal Year 2018 Budget before a US House Ways and Means Committee hearing on Capitol Hill in Washington, DC, May 24, 2017. (Saul Loeb / AFP)

Washington wants to reduce its trade deficit with China by raising US exports rather than seeking a confrontation, United States Treasury Secretary Steven Mnuchin told a group of US governors who were in Washington on Tuesday to discuss foreign investment.

"Our objective is not to get into a trade war. This is an important relationship. It's a complex relationship, and it's a big market," he said.

Six governors traveled to the US capital to discuss their experiences with foreign companies in their states; four of them talked about Chinese investment specifically.

Our objective is not to get into a trade war. This is an important relationship. It's a complex relationship, and it's a big market

Steven Mnuchin, Treasury Secretary, the US

"We just got a great company, J-Star from China, looking to set up a manufacturing operation in office furniture," he said.

Jiecang Linear Motion Technology Co, based in Xinchang, Zhejiang province, operates in the US as J-Star Motion Corp. The maker of office furniture components is planning to build a US$4.9 million manufacturing plant that will employ 122 workers in western Michigan.

Michigan attracted US$4.3 billion in Chinese investment last year, according to Rhodium Group. At the end of 2016, the state had 123 Chinese operations providing more than 10,100 jobs.

"The Chinese companies brought jobs to Michigan, but also it's about building strong relationships between our two countries. I think that makes the world a better place, by doing business together," Snyder said.

The state of Maine is boosting efforts to lure Chinese investors.

Seeing an opportunity to target investment in specific areas like food processing, aerospace and renewable energy, the Maine International Trade Center opened an office in Shanghai in 2015.

Maine Governor Paul LePage's second trip to China in 2014 helped attract an investor in the state's paper industry and has continued to increase investment volume in Maine.

"I went to China (with) the intent of getting one investor to put a paper machine in one of our mills. I came back and I have two paper machines. Now we are talking about two more," LePage said.

The state used to woo investment from Western Europe. Now it is turning to Asia, especially China.

"It's a relationship. You have to build it. You have to go and not be afraid to travel and sit down and do the things you need to do," LePage said.

"The pace of innovation in China is breathtaking," he said.

"China is becoming, or already is, one of the global forces in the global economy. We are always trying to refine how we relate to outside investors, especially large investors. So I think China, Japan and India are three major targets that we're trying to talk with all the time," Hickenlooper said.

Kentucky Governor Matt Bevin has warmly welcomed Chinese investment. Kentucky attracted US$9.3 billion in Chinese investment in 2017, according to Rhodium Group. There were 28 Chinese operations that employed almost 10,000 people by the end of 2016.

"When the company comes, they invest in us and we invest in them. We help them and partner with them. When they create jobs, that is good for our people," he said.

Cai Chunying and Yian Ke in Washington contributed to this story.