By Joseph Li in Hong Kong 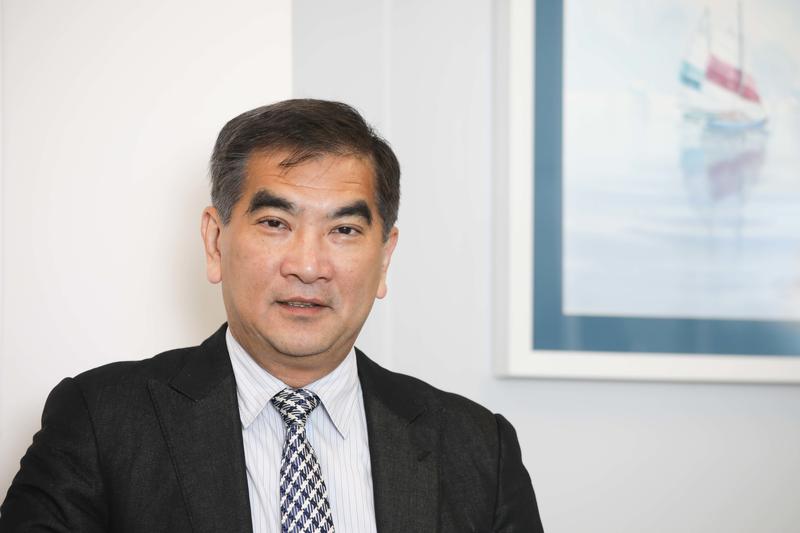 Felix Chung Kwok-pan, leader of the pro-business Liberal Party, said it is “unfair and unnecessary” for the United States to pass the so-called Hong Kong Human Rights and Democracy Act with the purpose of imposing sanctions on the SAR.

He calls this the usual hegemonic behavior of the US — to meddle in the internal affairs of China.

Hong Kong’s human rights record is better than that of many countries. It is like an annual body check for a person. If his health is good, there is no need to worry

However, he believes the Hong Kong law carries a greater psychological impact than a real one, as it is unlikely that the US will give up the huge business interests enjoyed by American companies operating in Hong Kong.

In an exclusive interview with China Daily, Chung said US President Donald Trump’s signing of the act into law coincided with the District Council elections in Hong Kong, and that sent the wrong message.

“The timing was a plot. With the signing of the bill and the landslide victory of the opposition camp, that gave a ‘double blow’ to the Hong Kong Special Administrative Region government. At the same time, it also gave the negative impression that the US government is standing with the violent protesters in Hong Kong,” he said.

Chung feels sorry that some Hong Kong people are waving the American flag in the streets to thank Trump for passing the law. “Their behavior is totally wrong and childish,” he said.

“They don’t know much about the US — that it would only do things in the interest of the country but not things to help promote democracy in Hong Kong. I don’t know if they did that out of their own volition because of their stupidity or if they were incited by other people.” 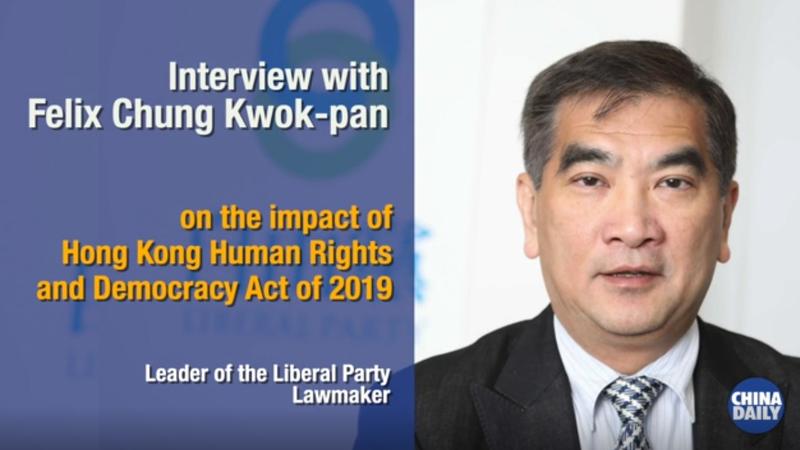 Noting that the law threatens to bar Hong Kong government officials from entering the US and to freeze their assets in the country, Chung said: “This is no big deal if they choose not to go to the US. And as the tenure of the current government will expire in July 2022, the sanctions will only last no more than two and half years.”

The law also requires the US government to report to the US Congress annually the human rights conditions in Hong Kong with reference to the city’s status as a tariffs territory separate from the Chinese mainland.

“There are about 1,300 American enterprises doing business in Hong Kong, many of them multinational corporations employing a great many staff. Every year, they reap huge commercial interests in excess of US$33 billion from Hong Kong, and it is the only place in the world where US companies reap such big profits. It is very unlikely, at least for the foreseeable future in the next few years, for the US government to revoke Hong Kong’s special status and give up the huge financial interests.”

“With the passage of the act, the US would gain greater bargaining power in dealing with the Chinese mainland and Hong Kong every year, and I think China’s bargaining power over the trade war is diminished,” Chung said.

The Liberal Party leader is, however, unimpressed with the SAR government’s efforts to lobby against passage of the act. In the summer, four lawmakers from both the pro-establishment and opposition camps were invited to visit the US, but only Chung and New People’s Party Chairwoman Regina Ip Lau Suk-yee went; so the pro-government voice was weaker.

“After I returned to Hong Kong, I told the chief executive that she should send top government officials to lobby the US government and Congress against passing the act. She replied that officials of the Economic and Trade Office stationed there would do the lobbying work. In the end, they succeeded in approaching more than 100 officials, congressmen and staffers.