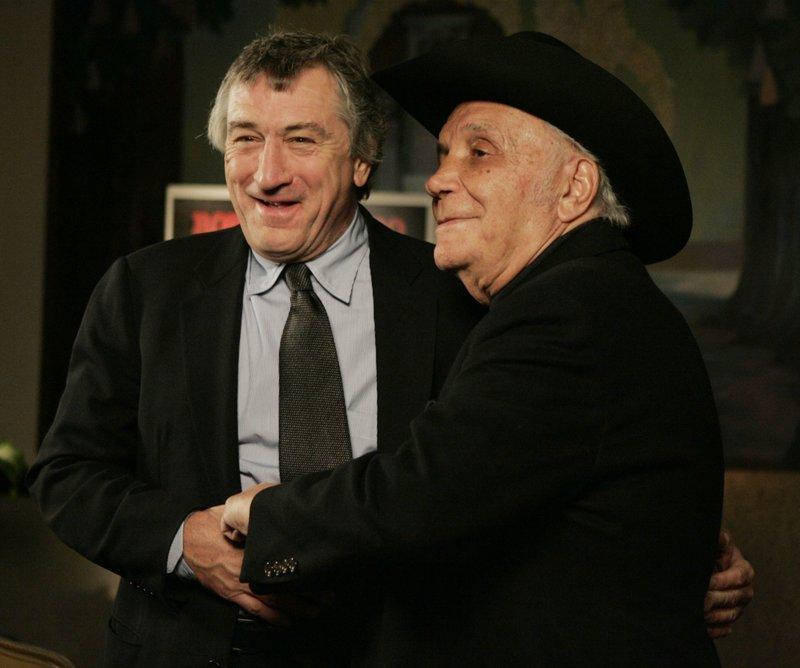 Jake LaMotta, an iron-fisted battler who brawled his way to a middleweight title and was later memorialized by Robert De Niro in the film “Raging Bull,” has died. He was 95.

The former middleweight champion died Tuesday at a Miami-area hospital from complications of pneumonia, according to his longtime fiancee, Denise Baker.

LaMotta handed Sugar Ray Robinson his first defeat and reigned for nearly two years as middleweight champion during a time boxing was one of America’s biggest sports. He was a fan favorite who fought with fury, though he admitted to once intentionally losing a fight to get in line for a title bout.

LaMotta gained fame with a new generation because of the 1980 film based loosely on his autobiography from a decade earlier. De Niro won an Academy Award playing the troubled boxer — violent both inside and outside the ring — in a Martin Scorsese film that several critics have ranked as among the top 100 movies ever made.

“Rest in Peace, Champ,” De Niro said in a statement.

The Bronx Bull, as he was known in his fighting days, compiled an 83-19-4 record with 30 knockouts, in a career that began in 1941 and ended in 1954. But it was the movie that unflinchingly portrayed him as a violent and abusive husband — he was married six times — that is remembered even more.

“I’m no angel,” he said in a 2005 interview with The Associated Press.

LaMotta fought the great Sugar Ray Robinson six times, handing Robinson the first defeat of his career in 1943 and losing the middleweight title to him in a storied match on Feb. 14, 1951, at Chicago Stadium. 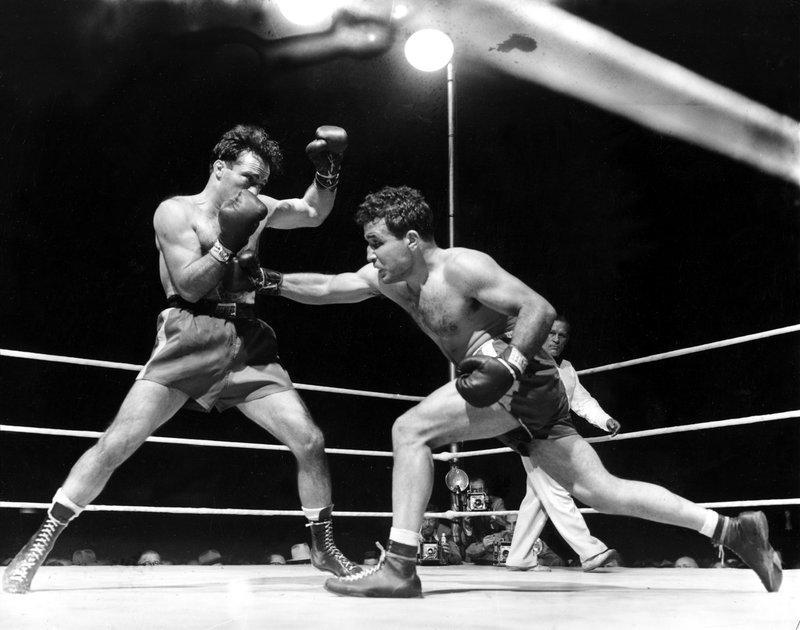 Robinson stopped a bloodied LaMotta in the 13th round of their scheduled 15-round bout in a fight that became known as the second St. Valentine’s Day Massacre. It was a reference to the infamous 1929 mob killings of the same name.

LaMotta took a beating in the later rounds of the fight, but he refused to go down until the referee stepped in to save him from further punishment. LaMotta finished 1-5 in six fights against Robinson, who many in boxing think was the greatest fighter ever.

“I fought Sugar Ray Robinson so many times it’s a wonder I don’t have diabetes,” LaMotta was fond of saying.

In the fight before he lost the title, LaMotta saved the championship in movie-script fashion against Laurent Dauthuille. Trailing badly on all three scorecards, LaMotta knocked out the challenger with 13 seconds left in the fight.

LaMotta threw a fight against Billy Fox, which he admitted in testimony before the Kefauver Committee, a U.S. Senate committee investigating organized crime in 1960.

“I purposely lost a fight to Billy Fox because they promised me that I would get a shot to fight for the title if I did,” LaMotta said in 1970 interview printed in Peter Heller’s 1973 book “In This Corner: 40 World Champions Tell Their Stories.”

LaMotta was “stopped” by Fox in the fourth round on Nov. 14, 1947, in Madison Square Garden. He didn’t get a title shot until 10 fights later.

On June 16, 1949, in Detroit, he became middleweight champion when the Frenchman Marcel Cerdan couldn’t continue after the 10th round.

Of the claim that Cerdan had to quit because of a shoulder injury, LaMotta said in 1970: “Something’s bound to happen to you in a tough fight, cut eye, broken nose or broken hand or something like that. So you could make excuses out of anything, you know, but you got to keep on going if you’re a champ or you’re a contender.”

Renowned for his strong chin, and the punishment he could take, and dish out, LaMotta was knocked down only once — in a 1952 loss to light-heavyweight Danny Nardico — in his 106 fights.

LaMotta’s first defense was supposed to be a rematch with Cerdan, but the Frenchman was killed when a plane en route to the United States crashed in the Azores in 1949.

So in his first defense, LaMotta outpointed Tiberio Mitri on July 12, 1950, in New York, then on Sept. 13, he rallied to knock out Dauthuille at Detroit.

LaMotta’s title reign ended when Robinson stopped him in the 13th round in Chicago, and he fought only sparingly before retiring a few years later.

In their second match, on Feb. 5, 1943, in New York, LaMotta won a 10-round decision, giving Robinson his first defeat in the 41st fight of his illustrious career.

LaMotta was born July 10, 1922, on New York City’s Lower East Side but was raised in the Bronx. After retiring from boxing in 1954, he owned a nightclub for a time in Miami, then dabbled in show business and commercials. He also made personal appearances and for a while in the 1970s he was a host at a topless nightclub in New York.

The 1980 film “Raging Bull,” based on LaMotta’s memoir written 10 years earlier, was nominated for eight Academy Awards. Though director Scorsese was passed over, De Niro, who gained 50 pounds to portray the older, heavier LaMotta, won the best actor award.

In 1998, LaMotta, who had four daughters, lost both of his sons. Jake LaMotta Jr., 51, died from cancer in February. Joe LaMotta, 49, was killed in plane crash off Nova Scotia in September.

A funeral in Miami and a memorial service in New York City are being planned, Baker said.