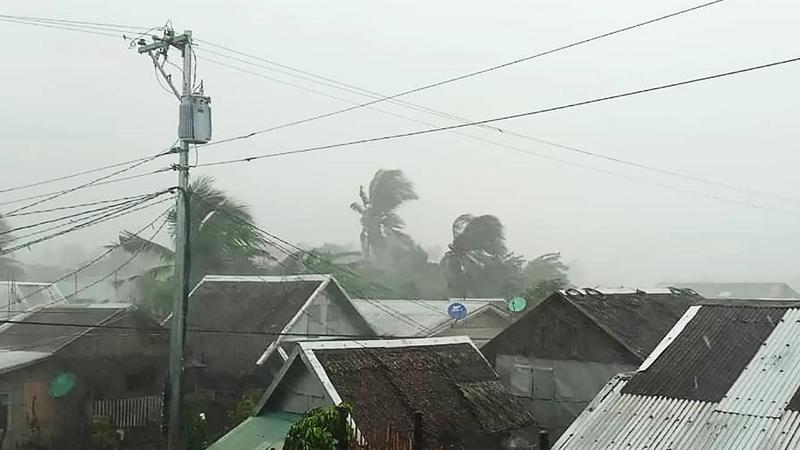 Kammuri is packing maximum winds of 150 kilometers per hour near the center and gusts of up to 185 kph, the nation’s weather bureau said. The 20th storm to enter the Philippines this year is following a track similar to typhoon Rammasun in July 2014, which killed 106 people in the southeast Asian country and damaged properties worth 38.6 billion pesos (US$759 million).

More than three dozen areas are on storm signal 3, the third-highest in a five-level warning system, before it hits land over Bicol region as early as Monday evening. Under signal 3, wind of as much as 170 kph - strong enough to topple coconut trees and destroy rice and corn crops - may be expected in 18 hours. Metro Manila and more than a hundred other areas in Luzon and Visayas are under signal 2.

Philippine Airlines Inc and Cebu Air Inc have suspended more flights, schools are shut in several provinces and parts of Metro Manila on Monday, while more than 4,600 people are stranded in various ports.

The storm can have a “high humanitarian impact,” the Global Disaster Alert and Coordination System said on its website, putting a population of 8 million at risk.

More than 60,000 people were asked to leave their homes in Bicol region, authorities said.

The Philippines is hosting the 30th Southeast Asian Games that will run through Dec 11. Organizers have said contingency plans are in place should the event face disruption. Windsurfing, originally scheduled for Sunday, has been reset as have other outdoor events, ABS-CBN News reported.

Kammuri is forecast to exit Philippine waters on Thursday, the weather bureau said.