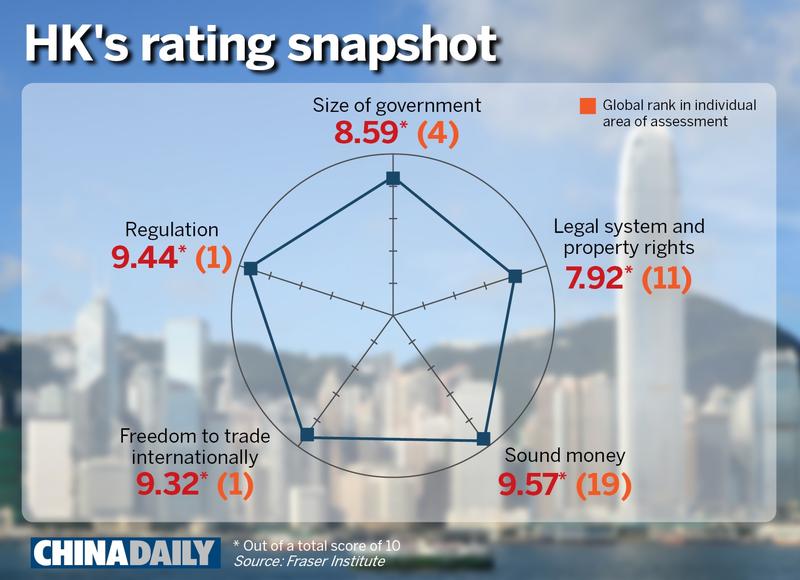 HONG KONG - The Hong Kong Special Administrative Region government welcomed the Fraser Institute’s recognition of Hong Kong as the world’s freest economy in its latest report on economic freedom, according to a government press release issued on Wednesday.

In a statement, the SAR government said the hard-earned results vividly reflect Hong Kong's steadfast commitment to building a free economy with a level playing field

The report measures the economic freedom — the ability of individuals to make their own economic decisions — by analyzing the policies and institutions of 162 regions. These include regulation, freedom to trade internationally, size of government, sound legal system and property rights, and government spending and taxation.

The 2018 report is based on data from 2016, the last year of available comparable statistics.

Hong Kong had a total score of 8.97 out of 10. Of the five areas of assessment, Hong Kong topped the rankings in freedom to trade internationally and regulation.

Rounding out the top five are Singapore, New Zealand, Switzerland and Ireland.

In a statement, the SAR government said the hard-earned results vividly reflect Hong Kong's steadfast commitment to building a free economy with a level playing field.

The government added it would continue to build a robust institutional framework, uphold the fine tradition of rule of law and maintain an efficient government to provide a level playing field and a favorable environment for the economy to thrive.

On the claim in the institute’s press release that there is a concern about the rule of law in Hong Kong, the government said there are no objective facts showing the rule of law or judicial independence in Hong Kong has been subject to any interference. 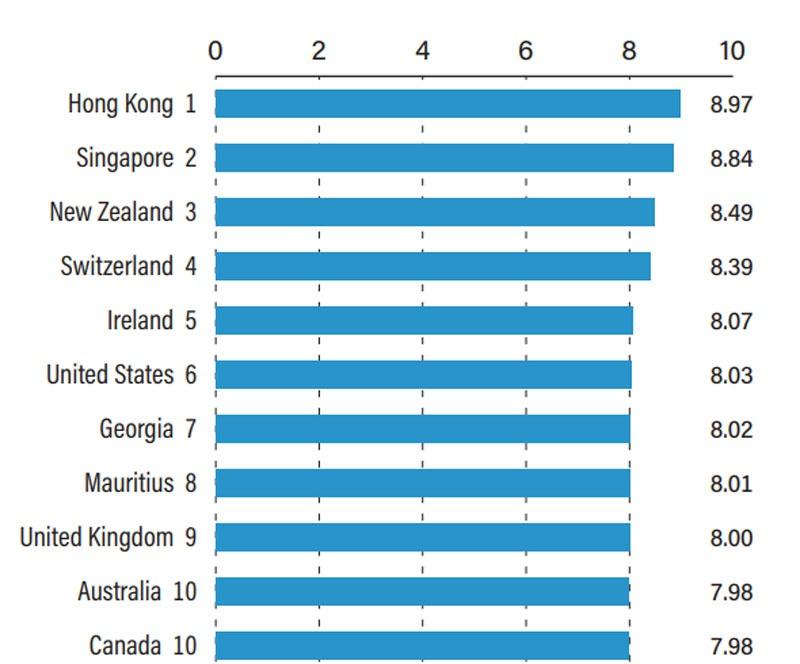 This chart shows the top 10 regions in terms of economic freedom, with total scores out of 10 for each. (ECONOMIC FREEDOM OF THE WORLD: 2018 ANNUAL REPORT, FRASER INSTITUTE)