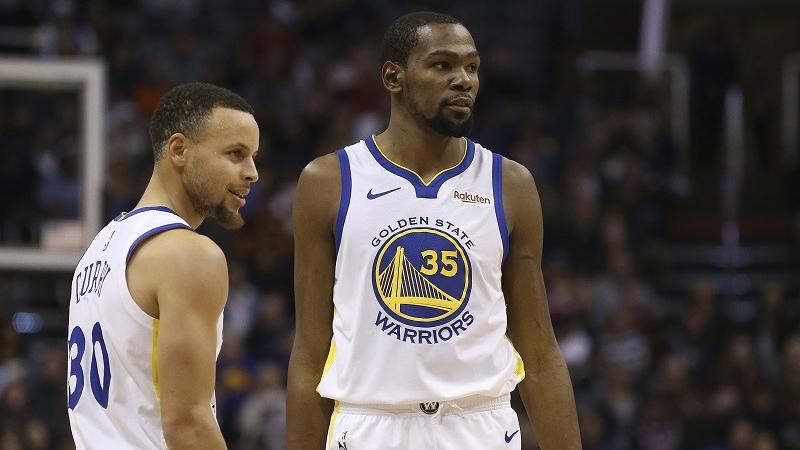 OAKLAND, Calif. - Someday, years or even decades from now, at one of those celebratory reunions teams like to do, Stephen Curry knows he and Kevin Durant will reminisce with fondness about their three insanely successful years together on the Golden State Warriors.

They will reflect on the greatness, the fun, all they learned from each other shooting side by side day after day. Two championships, a pair of NBA Finals MVP awards for Durant.

"I'll always remember the three years we had. We'll probably be back here down the road celebrating those like they did the '74-75 team," Curry said, nodding in the direction of the Warriors' recent championship banners. "It'll be cool when that happens."

I'll always remember the three years we had. We'll probably be back here down the road celebrating those like they did the '74-75 team. It'll be cool when that happens

For now, Curry is embracing "new beginnings" as the oldest player on a Golden State roster that will look far different come training camp next month - and that also was the theme he shared with girls attending his Warriors camp this week in one of his "bittersweet" final trips to the downtown Oakland practice facility before a move to San Francisco and the new Chase Center. Durant, recovering from surgery to repair a ruptured right Achilles tendon, has departed to join the Brooklyn Nets.

"We won two championships and I think we both got better throughout the process as basketball players and as people," Curry said. "With the demand every single night to be great and just all that that comes with, in terms of the media attention, the scrutiny, the criticism, the praise even, it's a lot to handle. And I think me and him especially on that level could connect. Him going to Brooklyn, you're just trying to make sure he's happy and going to a place where he feels like he needs to be. At the end of the day, you've got to be happy about that for him."

As Klay Thompson works back this season from surgery for a torn ACL in his left knee that he injured in the deciding Game 6 loss of the finals to the Toronto Raptors, Curry's backcourt mate will be Russell.

At 31, Curry doesn't mind that he will be the quote-unquote old guy entering his 11th NBA season. A two-time NBA MVP, he has reached five straight NBA Finals.

"Has it sunk in? No. Have people been reminding me? Yes, any time they bring up our team looking forward," he said with a smile. 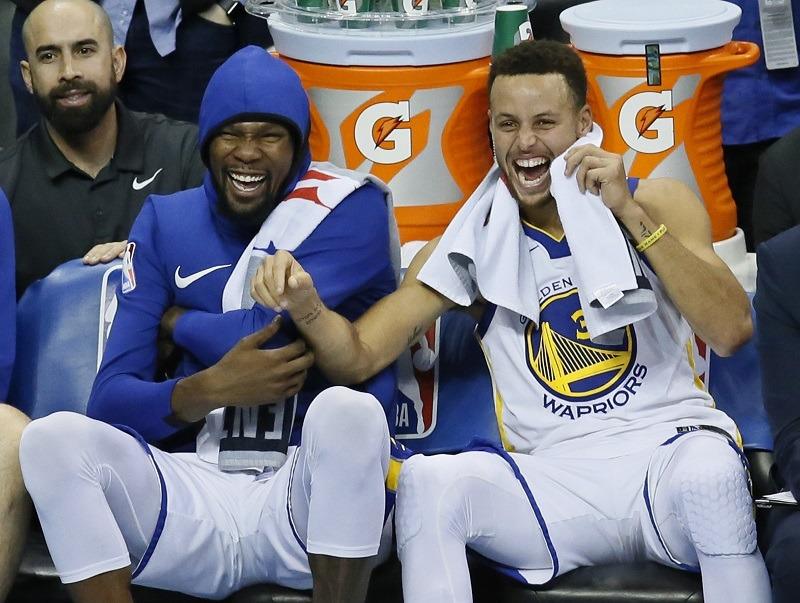 "It's cool though, hopefully I'm wise beyond my years but still youthful in what I can do on the floor. It's just a change in dynamic all the way around. We're excited about the opportunities, the challenges for the whole roster, because we've got a lot of guys that have the opportunity to really prove themselves and make a difference in our team. Obviously our core, 'til Klay gets back, we know how to win and we know how to play. We're just going to do it a little differently."

Curry is unconcerned at this stage about outside expectations regarding how good this group might be and speculation that these Warriors may not be a championship contender.

"I know the reality of the situation in terms of we lost a guy like Kevin Durant, who's an all-time great basketball player," Curry said. "We lost two veteran high-IQ guys in Shaun and Andre that really were like the cogs in the wheel that kept us going and you could rely on them every single game. So, the look is different but nobody really has a sustained run like we did where every year you're expected to be the greatest. It's just a matter of now we have to, I wouldn't even say prove people wrong, but we have to kind of galvanize the new roster and do the exact same thing." 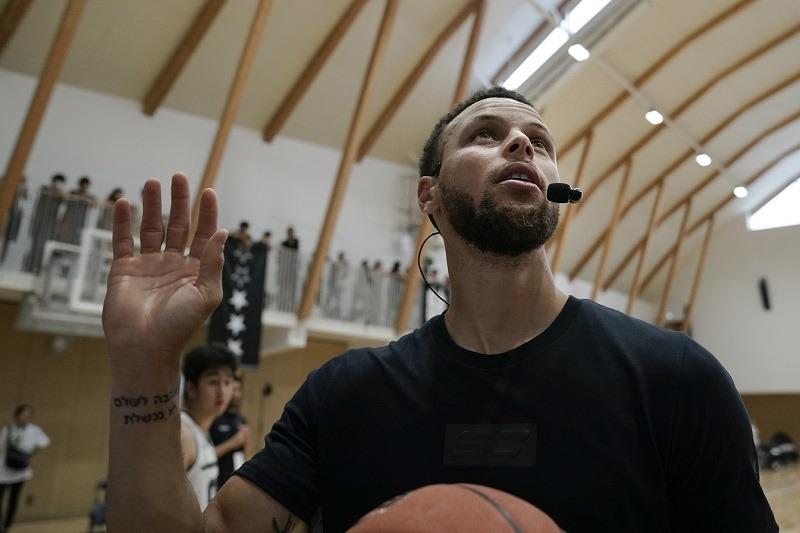 As he told the girl campers all sporting his No. 30 jersey, first things first.

Curry took a quick poll of how many had started school again. Dozens of hands shot into the air.

"Great to see you all again! You all having a great day, too?"

"New beginnings, right? We're going to take care of our school work this year?" Curry asked. "We're going to be very dedicated and hard-working in the classroom as we are on the basketball court? That's very important to be well-rounded people, right? Athletes and academics."