By Cheng Yu in Beijing and Yang Jun in Guiyang 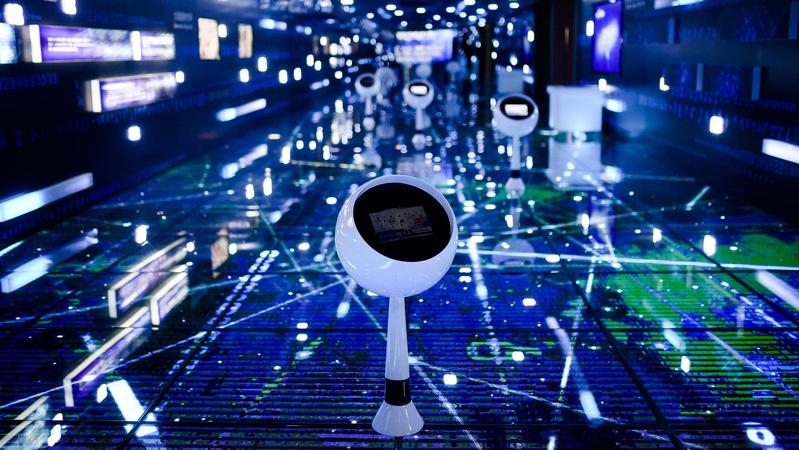 Guizhou in Southwest China struggled with unemployment and poverty before big data created a big future for the province.

Nestled in a mountainous region, it has been transformed in the past three years into an innovation hub as major global companies, such as Apple Inc, Alibaba Group Holding Ltd and Hyundai Motor Group, flocked to the area.

Thanks to big data, Guizhou has been able to rejuvenate itself

This transformation is in line with General Secretary Xi Jinping's remarks during the 19th National Congress of the Communist Party of China.

Xi emphasized that innovation is the primary force driving development.

"We will move Chinese industries up to the medium-high end of the global value chain, and foster a number of world-class advanced manufacturing clusters," he said.

Guizhou has certainly adopted this approach to achieve rapid growth.

Official data showed the industrial output of large-scale digital information manufacturing in the province was at 5.26 billion yuan (US$800 million) in the first half of this year, a jump of 64 percent compared to 2016.

It was first time the sector had contributed double-digit numbers to industrial growth.

"In Guizhou, big data has become the new growth engine for economic transformation," said Qin Rupei, executive vice-governor of Guizhou, and a delegate at the Congress.

Figures also revealed that software and IT services produced revenue of 15.59 billion yuan in the first half of 2017, a 36.4 percent increase year-on-year.

"Thanks to big data, Guizhou has been able to rejuvenate itself," Jing, of the big data bureau, said.

An hour's drive out of the provincial capital of Guiyang is Guian New Area, a 1,795-square-kilometer industrial technology park, packed with blue-chip brands.

Hyundai is one of the latest big names to open a big data center there. The South Korea-based automotive company plans to collate and analyze massive data for its advanced automated vehicles. It will also use the information for research and development. 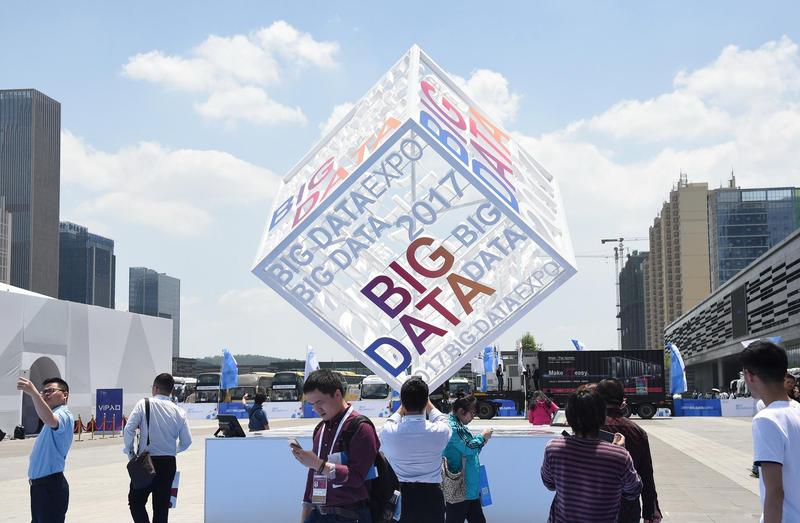 Apple, for example, invested US$1 billion on its first big data center in the country. The Guian setup will be used to help meet growing demand for advanced cloud services.

The global tech giant's decision to ramp up investment in China comes at a time when it is losing ground to domestic rivals such as Huawei.

Still, this move will cement its place in the market here.

"We are developing a smart city," Ma added.

Another high-profile business in Guizhou is FAST or the Five-hundred-meter Aperture Spherical radio Telescope. The installation recently celebrated its first anniversary there.

Known as the world's largest radio telescope, it is able to collect celestial big data by detecting emissions from stars and galaxies across the cosmos.

FAST has also been used to study pulsars, which is short for pulsating radio stars.

"New discoveries, such as pulsars, have been made by FAST, which is of great importance to solving key physics problems," the National Astronomical Observatories of China stated in a media conference.

Back on earth, leading cloud service provider Baishan Cloud has increased its sales volume by more than 50-fold since opening up in Guizhou in 2015, although the private company declined to disclose further financial information.

Indeed, firms such as Baishan Cloud have helped create jobs and fuel the province's economy.

Last year, e-commerce turnover in the province's rural areas increased by 27.1 percent and helped the added value side of the agricultural processing industry.

Statistics from Guizhou Poverty Alleviation Office also showed that poverty rates dropped from 26.8 percent in 2012 to 10.6 by the end of last year. Additionally, up to 1,500 villages have been removed from the poverty-stricken list.

"We have made significant progress in fighting poverty in the past few years through industry development," said Qin Rufang, deputy director of Poverty Relief Office of Guizhou province.

Dong Xianwu contributed to this story.