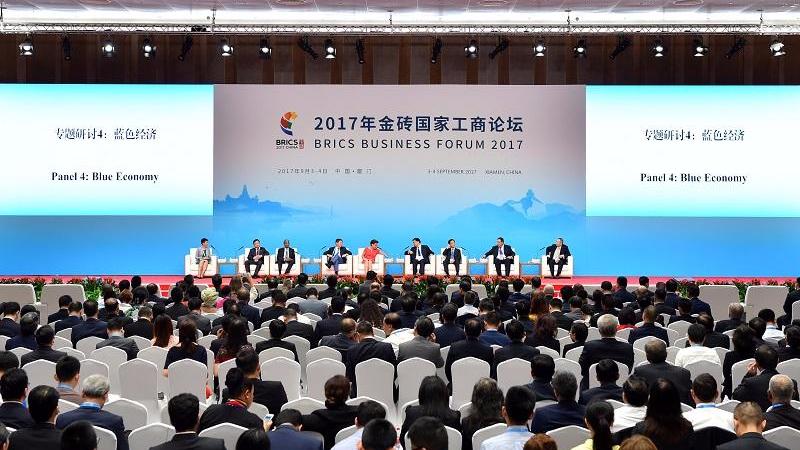 "The oceans are strategically important to BRICS countries - Brazil, Russia, India, China and South Africa. A part of their development potential lies in the oceans, if they are sustainably developed over the next decade," said Chen Fenjian, president of China Communication Construction Co.

Marine economy has been dominated by shipping, fishing, aquaculture, and oil and gas. It now includes sectors such as marine chemistry, biomedicine, ocean power, seawater use, marine tourism, ocean engineering and construction.

BRICS countries, with their long coasts and vast maritime territory, are seeking to gain significant economic advantages from the sea through these and other pursuits.

Eager to diversify its earning ability, the Russian fund plans to develop such things as the ocean tourism, mining and fishery industries by 2025.

Trade volume between China and other BRICS countries grew by 26 percent year-on-year to US$167.07 billion in the first seven months of this year, and the majority of these goods were transported by sea, according to the General Administration of Customs.

However, challenges remain. Marcelo Veloso, commercial director of Port Acu, Brazil, said BRICS countries urgently need to improve port efficiency to boost shipping and cut waste in material and labor costs. Many port facilities in Brazil need to be upgraded are looking for financing opportunities from other BRICS economies.

"BRICS countries need to develop a new policy for the marine sector to tackle pollution, excessive development, smuggling and terrorism on the sea," he said.