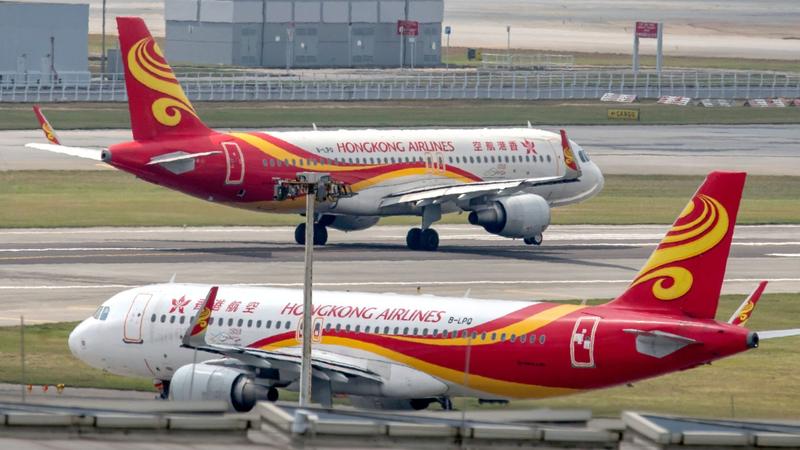 HNA Group, one of the owners of the struggling Hong Kong Airlines (HKA), said it plans to borrow 4 billion yuan (US$570 million) from a consortium of eight mainland banks.

The news came one day after HKA was warned by Hong Kong aviation authorities that the airline faces a possible revocation of its operating license unless it took immediate steps to address its dire financial situation.

In a filing to the Shanghai Stock Exchange on Tuesday, the Haikou-based HNA said the money will be used for aviation fuel, aircraft expenditures, operational expenses from flying, employer salaries, and other financing costs for HNA’s holdings and its affiliated airlines.

HNA said the money will be used for aviation fuel, aircraft expenditures, operational expenses from flying, employer salaries, and other financing costs for HNA’s holdings and its affiliated airlines

The cash-strapped Chinese-mainland conglomerate did not specify in the statement that the money will be used to save HKA. But the day before, HKA was warned by the Hong Kong Air Transport Licensing Authority (ATLA) that it could have its operating license suspended or even revoked if it fails to shore up its financial position by Saturday.

The carrier’s finances have rapidly deteriorated to such an extent that the situation “has severely impacted on its probability of providing a satisfactory service under its license in respect to the continuity and regularity of the operation,” the aviation regulator said in a statement on Monday after reviewing the airline’s most recent financial position.

The ATLA, which said it found the airline’s situation “extremely worrying”, decided to attach new conditions to the airline’s license, including requiring the carrier to improve its financial situation over a period of time to a level that the ATLA already requires.

An ATLA spokesman said the licensing body’s immediate and resolute action was to prevent further deterioration in the situation facing Hong Kong Airlines so as to protect the public interest.

The airline’s management board was given five days to save the company, as they must find new capital or a “white knight” willing to risk investing in and supporting the company.

HKA reportedly has less than HK$150 million (US$19.2 million) on hand, and the family of former chief secretary Henry Tang Ying-yen will inject 2 billion yuan into the company. But Tang’s spokesman said that the family will not be involved in a deal for the airline.

Meanwhile, the Civil Aviation Department asked the airline to confirm that it is able to continue operating and still comply with regulations.

Transport and Housing Secretary Frank Chan Fan has also told HKA to provide timely notifications to affected passengers of flight consolidations. It should also make appropriate arrangements for passengers in accordance with the terms and conditions of their air tickets.

Simona Ho, 28, who works as a writer in Hong Kong, said she is supposed to fly to Beijing on Friday via HKA and return to the SAR three days later. But she said she is now worried about whether she can make her flights.

Ho said she hopes the carrier will provide a full refund if the flights have to be canceled.

The airline said on Monday that it is currently operating as usual, and will adjust the operation by cost savings to cope with its current financial problems.

READ MORE: Hong Kong Airlines given one week to save its license

The carrier said its business and revenue had been affected by the weak travel demand caused by the ongoing social unrest in the city. The airline was struggling financially even before the nearly six months of protests in Hong Kong began.

HKA has axed many routes recently. It announced on Friday that it will suspend flights to Vancouver, British Columbia; Ho Chi Minh City; and Tianjin.

The carrier is delaying salaries as revenue dipped significantly in November and adversely affected its monthly payroll. The Transport and Housing Bureau has asked the airline to take care of its employees’ interests in accordance with the applicable laws.