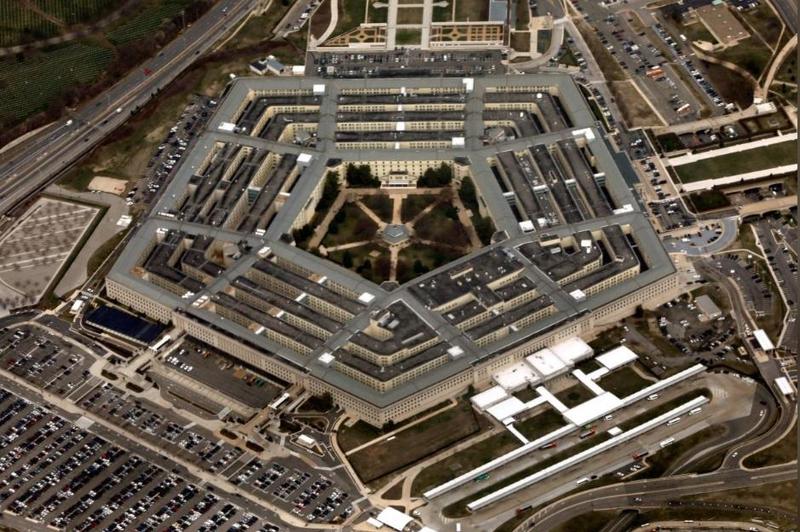 The Pentagon in Washington, US, is seen from aboard Air Force One, March 29, 2018. (PHOTO PROVIDED TO CHINA DAILY)

With a change in leadership at the United States Department of Defense, China hopes that the military relations between the two countries will remain "healthy and sound", although experts said there might be new uncertainties as top military officials in both countries may need time to build mutual trust.

US Defense Secretary James Mattis said last week that he would be leaving next year. US President Donald Trump announced on Twitter on Sunday that Mattis would leave by Jan 1, at which point Patrick Shanahan, the now deputy secretary, will become the acting head of the department.

US Defense Secretary James Mattis would leave by Jan 1, at which point Patrick Shanahan, the now deputy secretary, will become the acting head of Pentagon

Senior Colonel Wu Qian, a spokesman of China's Ministry of National Defense, said at a news conference on Thursday that the People's Liberation Army appreciates the positive efforts Mattis made during his time in office to make the China-US military relationship a stabilizing factor in bilateral ties.

General Wei Fenghe, State councilor and minister of national defense, had met with Mattis three times in the past six months. They met in June when Mattis first visited China, a second time in October on the sidelines of the fifth ASEAN Defense Ministers' Meeting-Plus in Singapore and a third time in November for high-level diplomatic and security talks between the two countries in Washington.

"China-US military relations are generally stable," Wu said. "Although both sides have different opinions over some issues, our common interests are bigger than our differences, and room for cooperation is larger than challenges."

"We hope China-US military relations will continue the trend of healthy and sound development during Shanahan's tenure as acting defense secretary," Wu said.

Teng Jianqun, director of US studies at the China Institute of International Studies, said that although Shanahan has no prior diplomatic or military experience, Trump values his managerial skills, which he acquired during his tenure as a Boeing executive and deputy defense secretary overseeing budget and operations.

Li Haidong, a professor of US studies at China Foreign Affairs University, said top military officers in both China and the US will need time to get acquainted and build mutual trust, and in the meantime, there might be new uncertainties and even challenges, especially when discussing highly sensitive issues.

"China hopes to maintain a stable military-to-military relationship with the US," Li said. "But the antagonistic attitude toward China and Russia that the US military has cultivated in recent years will not likely change."

In his resignation letter, Mattis accused China and Russia of promoting "their own interests at the expense of their neighbors". Mattis called for the US and its allies to use "all the tools of American power to provide for a common defense".

When asked about the talks this week between China and Japan in Beijing on the maritime and aerial communication mechanism set up in June, Wu said both sides have exchanged opinions over maritime security policy, the mechanism's operation and the next phase of defense dialogues and cooperation.

"Both sides have agreed to accelerate the process of establishing a direct telephone hotline under the mechanism," he said.

"Both sides also agreed the mechanism is beneficial for mutual trust and for Sino-Japanese relations."