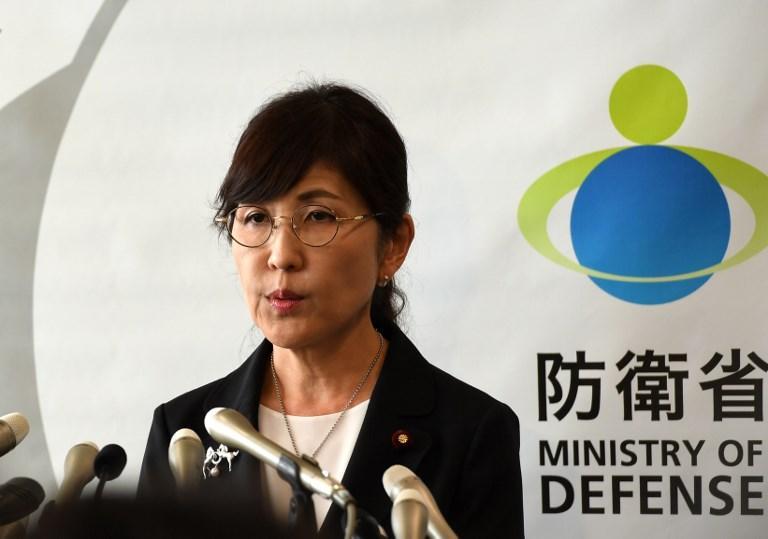 TOKYO - Embattled Japanese Defense Minister Tomomi Inada on Friday said she was resigning, after a series of gaffes, missteps and a cover-up at her ministry that have contributed to a sharp plunge in public support for Prime Minister Shinzo Abe.

Inada, 58, an Abe protege who shares his conservative views and had been suggested as a possible future premier, had already expected to be replaced in a likely cabinet reshuffle next week that Abe hopes will help rebuild his ratings.

Support for the prime minister has sunk below 30 percent in some polls, due to scandals over suspected cronyism and a view among many voters that he and his aides took them for granted.

Abe apologised "to the people from my heart", in comments to reporters carried live on national television after Inada announced her resignation.

He said Foreign Minister Fumio Kishida would add the defense portfolio to his duties, to eliminate any gap at a time when Japan faces tough security challenges, such as from a volatile DPRK (the Democratic Republic of Korea).

"I want to make every effort to maintain a high degree of vigilance and protect the security of the people," Abe said.

Abe had drawn fire from both ruling and opposition party lawmakers for retaining Inada despite her perceived in competence.

"He should have thrown Inada under the bus long ago … doing so on the eve of a cabinet reshuffle only looks like desperation," said Jeffrey Kingston, director of Asian Studie sat Temple University Japan.

The resignation coincided with a report of an investigation into suspicions that defense ministry officials tried to hide logs showing worsening security in South Sudan, where Japanese troops joined in a US-led peacekeeping operation.

Critics said troop deployment in the dangerous environment violated conditions set for such activities in line with Japan's pacifist constitution. No Japanese troops have died in combat since World War Two and the growing chaos in South Sudan fuelled concern. 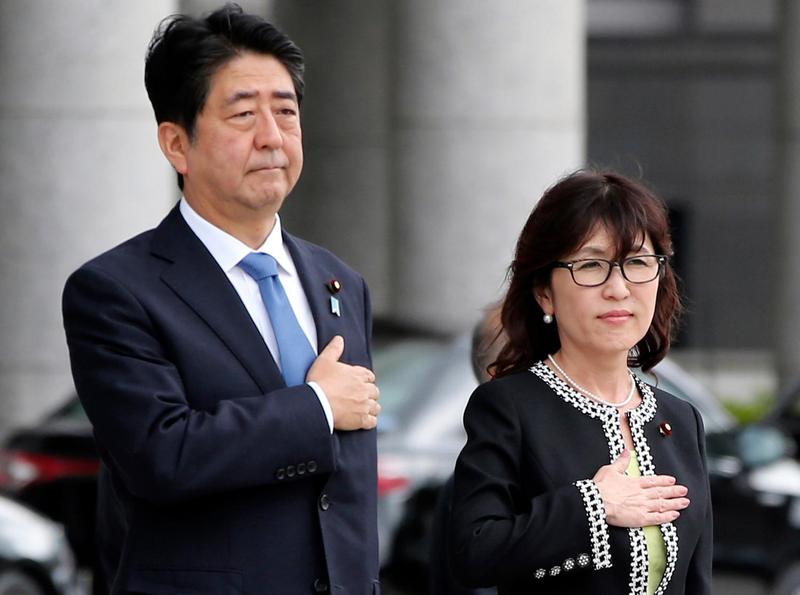 FILE - In this Sept 12, 2016, file photo, Japanese Prime Minister Shinzo Abe (left), and Defense Minister Tomomi Inada review an honor guard in a ceremony prior to his meeting with high-ranked officers of the Japan Self-Defense Forces at the Defense Ministry in Tokyo. (KOJI SASAHARA/AP)

The report on the cover-up concluded that laws, including one on public information disclosure, had been violated but did not confirm a direct role for Inada in concealing the logs, a contention she has repeatedly denied.

However, Inada said, the affair had hurt the credibility ofthe defense ministry and Self-Defense Forces (SDF), as Japan's military is known.

"As the minister in charge of the defense ministry and SDF, I feel my responsibility keenly," she told a televised news conference.

Inada had also come under fire for a remark in a campaign speech that the military wanted voters to back a ruling party candidate, in apparent violation of the SDF's neutrality, and for ties to a school involved in a suspected cronyism scandal.

Abe, who returned to power in December 2012 promising to revive the economy and bolster defense, had until recently been seen as likely to win a third term when his tenure ends in September 2018, putting him on track to be Japan's longest-serving prime minister.

But the ratings plunge makes it more likely that LDP rivals could challenge him for the top party post - and the premiership.

The main opposition Democratic Party, however, has failed to capitalise on Abe's troubles.

Its leader, Renho, who goes by one name, said she would resign as the best way to repair her party's image, tarnished by persistent bickering and memories of its rocky 2009-2012 rule.

Financial markets are taking events in stride. "Until it gets to the point where Abe is going to resign, this is not affecting markets at all," said Mitsushige Akino, chief fund manager at Ichiyoshi Asset Management.

The political turmoil has prompted some talk that Abe might call a snap general election before year end, to take advantage of the opposition disarray and before popular Tokyo Governor Yuriko Koike's novice local party gathers momentum.

No lower house poll need be held till late 2018.

"The aim would be to keep a majority and maintain the LDP government," LDP veteran lawmaker Takeshi Noda told Reuters this week, adding that some in the party opposed the move, fearing an election would surely cost the ruling bloc its 2/3dssuper-majority in the lower house.