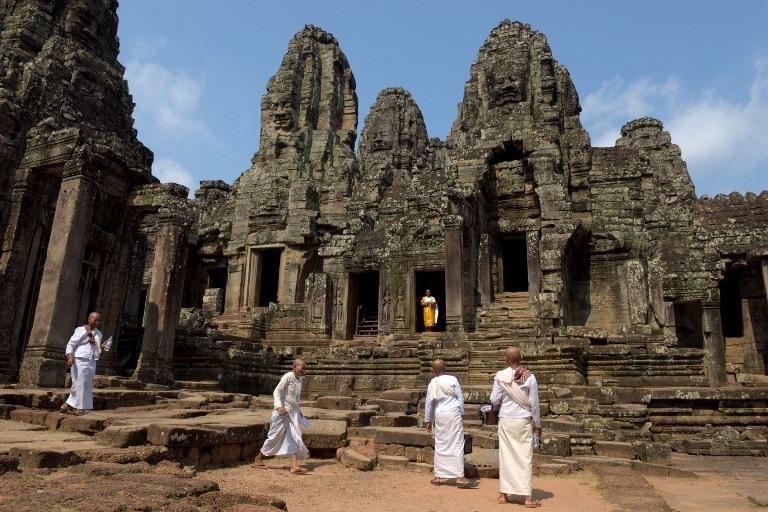 During an interview on Thursday, Sackona told Xinhua that China has been involved in the restoration work on ruined temples in the complex of Angkor Archeological Park in northwestern Siem Reap province since 1997 by renovating the Chau Say Tevoda temple, and then the Ta Keo temple.

The minister said in the near future, the renovation work on the Phimeanakas temple, located inside the walled enclosure of the Royal Palace of Angkor Thom in the Angkor complex, would be commenced with the financial aid of China too.

In addition, Chinese experts have also studied the possibilities for the renovation of two other temples: the Beng Mealea temple in the Angkor complex and the Preah Vihear Temple in northwestern Preah Vihear province, she said.

Both the Angkor Archeological Park and the Preah Vihear Temple are world heritage sites.

"I highly value and thank the Chinese government for supporting Cambodia in preserving our national heritage," Sackona said. "I can evaluate that the level of Chinese experts' ability in renovating these temples is high and internationally recognized."

She said China's assistance has not only importantly contributed to preserving ancient temples, but also helped train Cambodian archeologists on renovation and preservation tasks.

"Chinese and Cambodian experts have worked together on these renovation projects, so it has given them an opportunity to exchange ideas and to learn from each other," the minister said.

"We're confident in the abilities of the Chinese experts, and through these projects, we hope that Cambodian experts will be capable enough to renovate temples by themselves in the future."

Besides, China, through the United Nations Educational, Scientific and Cultural Organization (UNESCO), has also helped train Cambodian culture officials on the work of safeguarding intangible cultural heritage, she said. 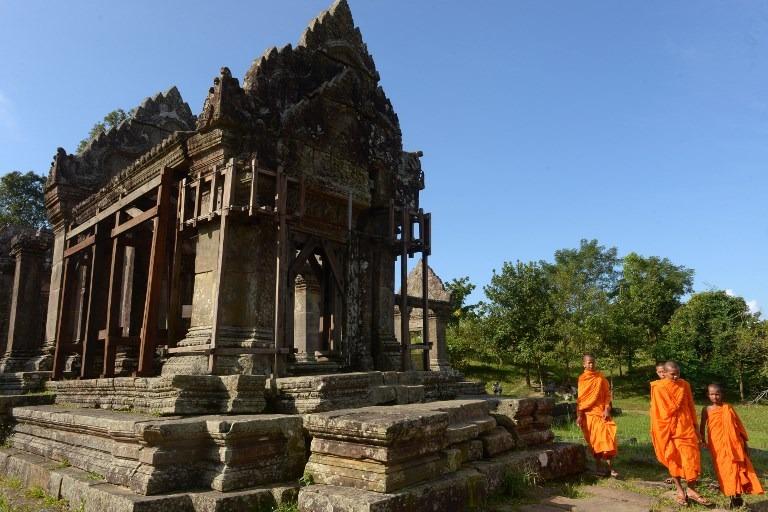 As 2018 marks the 60th anniversary of the establishment of diplomatic relations between Cambodia and China, Sackona spoke highly of the bilateral relations and the traditional friendship.

The minister said the bilateral relations has been constantly developed and elevated to the Comprehensive Strategic Partnership of Cooperation in 2010.

Meanwhile, she said the Belt and Road Initiative proposed by China has been providing a "golden opportunity" for China and Cambodia to further deepen all-round cooperation.

"It gives a greater opportunity for the exchanges of trade, investment, tourism, and culture," she said, stressing that under the initiative, millions of Chinese tourists had visited the Angkor Archeological Park.

"I believe that our ties will be further strengthened and expanded in the future," she added.

According to Sackona, to celebrate the 60th anniversary of diplomatic ties, the two countries have jointly organized a variety of activities, including arts performances, Chinese film festival, Chinese and Cambodian film tour, and photo exhibitions, among others.

"These activities are very important to bring closer relations between the peoples of the two countries and to make the two peoples better understand each other's culture and traditions," she said.