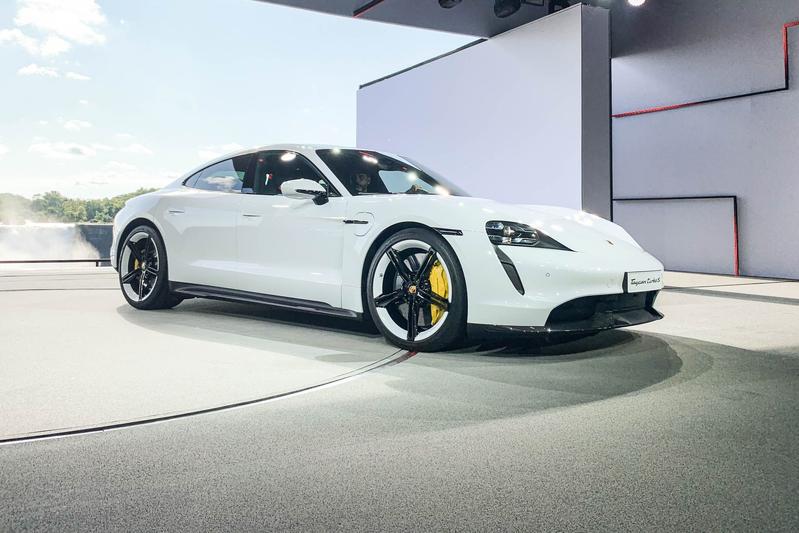 The most profitable car launched in the past year was not a Tesla. Nor was it some crazy hypercar.

The eighth generation of Porsche’s iconic car, known internally and to Porsche faithful as the 992, is more profitable, proportionately speaking, than any other vehicle that debuted in the past year. The model has accounted for nearly 30 percent of total Porsche AG earnings since it launched, even though it made up only 11 percent of sales, according to a recent report by Bloomberg Intelligence.

That percentage beats elite models such as the Ferrari F8 Tributo, Aston Martin DBX, Mercedes-Benz GLE, and BMW X5, each of which also punch above their weight when it comes to profit margins.

The 911 capacity to fascinate is stronger than ever

All these models generate “a disproportionately high level of overall earnings,” says Michael Dean, automotive equity research analyst for Bloomberg Intelligence, speaking via phone from the Frankfurt Auto Show. But the recent next-generation introduction of the 911 in particular will enhance gains for the Volkswagen Group ‘s brand more.

“It’s a very simple calculation: The 911 is very profitable in its own form, and when you add the variations, the margins became immense,” Dean says, noting lucrative options such as ceramic brakes and turbocharging variants automakers use to increase base manufacturer's suggested retail prices without incurring much additional cost themselves. It also helps that the new model has a higher list price, US$97,40, than does the already strongly profitable incumbent.

Beyond that, “the addition of the Turbo variant is basically pure profit,” says Dean. “If you assume they sell 10,000 Turbos anyway, plus GT3 and Turbo S’s, just the Turbo variants of the 911 alone could actually mean half a billion dollars in terms of profit for Porsche.”

“There’s no issue there,” he says. “Porsche is ahead of the game.”

In 2018, worldwide sales of Porsche rose 3 percent to 256,255 vehicles sold, while the 911 in particular saw a double-digit rise in deliveries—10 percent, to 35,573 vehicles—despite the model being on its run-out year before the 992 was introduced. Global sales of Porsche 911s in 2018 alone exceeded those of all cars from Bentley, Ferrari, Aston Martin, and Lamborghini combined.

“The 911 capacity to fascinate is stronger than ever,” said Porsche executive board member Detlev von Platen in a company sales report. “We just celebrated the world premiere of the new 911 at the end of the year at the Los Angeles Auto Show, and yet our sports car icon once again inspired more customers in 2018 than in the previous year.”

What’s more, the 911 debut will pull double duty as it counterbalances expected losses from the just-released Taycan. Porsche is expected to make 20,000 to 30,000 of the six-figure electric sedan, representing a US$6.6 billion investment from the brand, including a new factory near the company’s headquarters in Stuttgart, Germany. 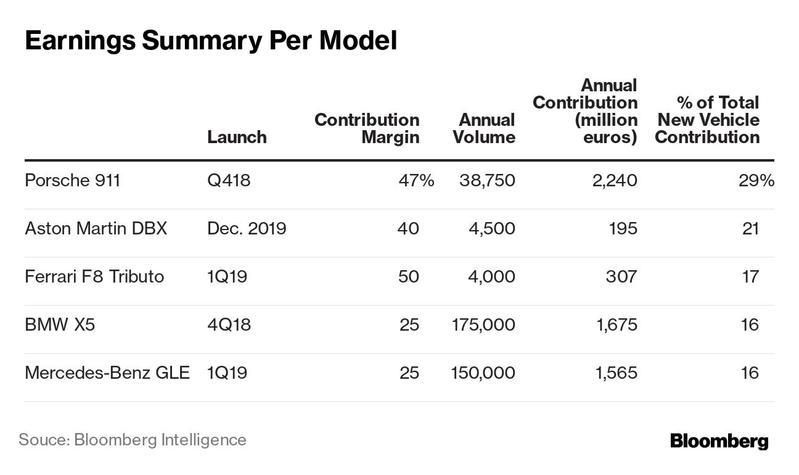 “Given the pomp and ceremony for recent EV launches, Porsche’s introduction of the new 911 Carrera was relatively low key,” Dean says. “[But] the sports car is well-timed, as it will compensate for the transition to battery-electric vehicles, which starts with the new Taycan, its least-profitable model.”

In an interview with Bloomberg TV, Porsche chairman Oliver Blume said the Taycan will eventually will generate a “good margin,” especially in the top-end versions, although returns won’t be as high as for other models. Dean pegs 2023 at the point it will turn a profit, by which time battery prices will have declined significantly; in the meantime, Porsche pushing its higher-margin “Turbo” version first is a smart strategy. (In this case, the term “Turbo” is used as a branding label to refer to the more expensive Taycan variants, since an actual electric turbo is impossible.)

As for the 992, its percentage of brand earnings is expected to increase even more in 2020, as higher-margin derivatives are launched over the next 18 months, including, yes, a Turbo version with an actual turbocharger. Dean expects profit margins on that one to exceed 50 percent.