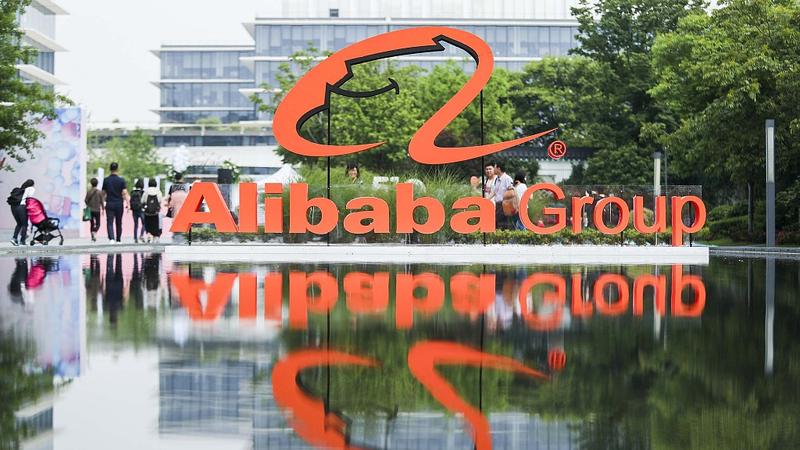 People walk past a sign of Alibaba in Hangzhou, East China's Zhejiang province, on May 10, 2018. (VCG)

Some investors were not satisfied with the proposed discount, hoping at the discount to be at least 8 to 10 percent

The group had enquired some HK-based institutional investors with a 4 percent stock pricing discount based on the price in the New York Stock Exchange, which stood at US$186.66 as of Nov 7. Some investors were not satisfied with the proposed discount, hoping at the discount to be at least 8 to 10 percent. Alibaba responded it was willing to expand the discount to around 5 percent.

Institutional investors are cautious about Alibaba's HK IPO. Some said they will decide whether to apply purchase credits after the discount is confirmed as they hold shares of Alibaba in the US market.

Alibaba has decided to go for a low-key IPO in HK. It has strictly controlled information to avoid any leaks since submitting the IPO application in June and prepared to launch the listing in late August.

According to Yixian, Alibaba will float in HK market sometime this month.

Alibaba's share sale, likely to be largest globally this year, will be a triumph for HK that lost many of mainland's brightest technology stars to US rivals

Alibaba's share sale, which could be the largest globally this year, will be a triumph for a Hong Kong stock exchange that lost many of mainland's brightest technology stars to US rivals. The Chinese e-commerce giant had aimed to list as early as over the summer before the extradition bill incident rocked the financial hub, while trade tensions between Washington and Beijing clouded the market’s outlook. On Thursday, the US and China agreed to roll back tariffs on each other’s goods in phases as they work toward a deal.

"They probably want to minimize the risk from a US trade war," said Danny Law, a Hong Kong-based analyst at Guotai Junan International Holdings Ltd. "It makes a lot of sense.”

Listing closer to home has been a long-time dream of billionaire Jack Ma - a move that hedges against trade war risks. A successful Hong Kong share sale could also help finance a costly war of subsidies with Meituan Dianping in food delivery and travel, and divert investor cash from rivals like Meituan and WeChat-operator Tencent Holdings Ltd.

Alibaba could put the capital to work investing in new technologies such as artificial intelligence or fast-expanding affiliates such as Ant Financial.

Alibaba - which had roughly US$57 billion of cash and equivalents as of September - rode a national e-commerce boom that stemmed from an increasingly affluent middle class. But like arch-foe Tencent, it’s struggling to sustain growth as the world’s No. 2 economy slows.

Alibaba last week reported a 40 percent surge in quarterly revenue, underscoring the resilience of consumer spending. The company on Monday will wrap up its most important sales event of the year - Singles’ Day - offering further clues on the health of consumption.